The Strange Case of Clementine Barnabet and the Voodoo Cult Murders

One afternoon in January of 1911, police were called to the residence of a man named Walter Byers in West Crowley, Louisiana, by concerned neighbors worried that he hadn’t shown up at his job at the local rice mill, and no one seemed to have been home. When the authorities let themselves in, the house seemed to be all in order until they reached the bedroom and the charnel house of horrors within. There, Walter, his wife, and their six-year-old son were found brutally murdered and butchered, with blood sprayed everywhere and a morass of smudged, bloody footprints on the floor. The bodies had been hacked away at, the heads split open like melons, and there was a bucket full of blood in the corner, as well as a gore-stained axe by the bed. Police suspected that the family had been killed in their sleep, and since there was no sign of a break in it was theorized that the killer had come in through an open window. This would be the beginning of a dark and elusive string of macabre murders that would spark tales of Voodoo magic, nefarious cults, and human sacrifice.

The murder was particularly gruesome, making its way into sensational headlines, while in the meantime police couldn’t figure out why they had been targeted to be killed. Walter had been well-liked and had no known enemies, so no one could find a motive for why anyone would want to slay him and his family in such a grisly manner. As investigators tried to figure it all out, the following month there was another mass murder, this time an Alexander Andrus, his wife Minnie, and their two young children, all found similarly hacked up and mutilated in their bedrooms by a “bunt axe,” and with a bucket of blood at the scene. The following month yet another family was found in the same morbid state, this time an Alfred and Elizabeth Casaway and their three children in San Antonio, Texas. At this point police suspected that the killings were not only related, but also that they were racially motivated, as the Byers, Andrus, and Casaway families were all poor and black. 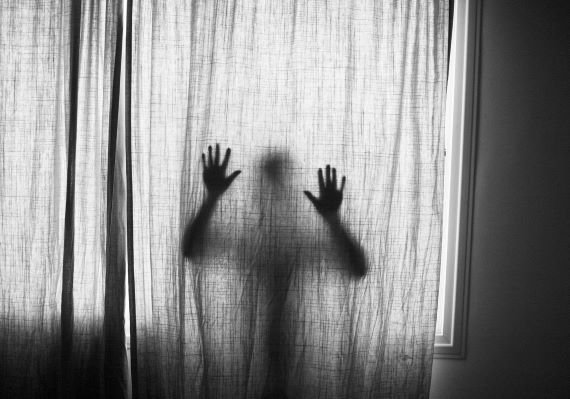 Police suspected they had a serial killer on their hands, quite likely someone wealthy and white. This sort of derailed their investigation from the beginning, as they were looking the wrong way. The first really good lead they got was from the mistress of a local black man named Raymond Barnabet, who said he had bragged about killing the Andrus family after coming home with blood on his clothes. He was arrested, and during his trial his very own daughter, 17-year-old Clementine, and son, Zephirin, also claimed that their father had been very abusive towards them, and had forced them to help him dispose of evidence from the killings. In the end, Raymond was found guilty, and successfully won an appeal, but while he was incarcerated waiting for a new trial there would be yet another sickening killing.

In November of 1911, Norbert and Asima Randall, of Lafayette, were murdered with their four children, and the MO was the same as the other crimes. They were black, the murder weapon had been a blunt axe, and the bodies has been mangled and partly drained of blood, with buckets of it lying about. The only difference was that Norbert had been killed with a gunshot instead of an axe for reasons unknown. Interestingly, during this investigation, police would turn their suspicions to the daughter Clementine Barnabet, as the Barnabets lived right near the Randalls, there was blood found on the latch of her door, and most damning of all, there was, as one paper would put it, “a complete suit of woman’s clothes in her room, saturated with blood and covered with human brains,” as well as blood on Clementine’s clothes. It was pretty incriminating, to say the least.

Although her brother had an alibi, Clementine was arrested on suspicion of murder just like her father had been, and even then the killings didn’t stop. In fact, they intensified. In January of 1912, a total of three families were murdered in the same fashion within the same month in quick succession. At one of these crime scenes a new detail was found in a message written in blood upon the wall, which eerily read, “When he maketh the inquisition for blood, he forgetteth not the cry of the humble,” and was signed by “The Human Five.” When this hit the news, the media really jumped on this spooky message and imagery, and before long they were reporting all of the killings as the work of some Voodoo cult carrying out human sacrifices. There was also much talk that this gang of Voodoo murderers were called the “Church of Sacrifice,” and were led by none other than Clementine Barnabet herself. This was all a media circus, creating a mass hysteria, and with people stepping forward with all sorts of reports of secret Voodoo rituals being carried out in the wilds around town. In the meantime, Clementine refused to cooperate with authorities in any way, only increasing her perceived guilt in all of this.

Just when the whole Voodoo thing was reaching a fever pitch and police were desperately struggling to find out who was carrying out all of these killings, Clementine suddenly came out with a gruesome confession. She would claim that she was indeed part of a Voodoo cult, and that their members believed that they could take life to achieve immortality. She told police that to carry out their crimes, they used Voodoo charms to protect themselves and “conjure bags” that gave them an array of supernatural powers. In total she would eventually confess to 35 murders. It was a shocking revelation, but there were some holes in the story. First was that she claimed her cult was connected to the Christ's Sanctified Holy Church congregation in Lake Charles, Louisiana, but the pastor there had never heard of it before. She also gave police the names of accomplices, which were either found to be fake identities or could not be located at all. There were a few arrests made, but none of these people could be connected to murder in any way, let alone a human-sacrificing Voodoo cult. Even the "Voodoo priest" she claimed had sold her their magic charms was just an herbalist who had no idea what police were talking about. Her story was also actually very contradictory, with details changing frequently with each retelling, and it soon became obvious that Clementine’s confession was probably not what it seemed to be.

With no suspects and no evidence at all, police largely dismissed her wilder claims, and doubted that she had committed nearly as many killings as she claimed, but they did charge her with the Randall murders due to the bloody evidence found in her possession, and she was sentenced to life in prison at Angola State Penitentiary near the Louisiana state capital of Baton Rouge at the tender age of 19. Clementine would unsuccessfully try to escape in July of 1913, before being released in August 1923 after having shown good behavior and apparently having undergone some sort of mysterious procedure that had “cured” her and “restored her sanity,” which is odd because at her trial she was found to be perfectly sane. After this her story ends, with little else known considering she seems to have sort of disappeared without a trace after that. We are left to wonder just what part she had to play in this and if any of her claims were really true or if she ever really even killed anyone at all. Yet, whether she was guilty or not, we are still left with many mass killings that happened while she was incarcerated. Did she really have a cult, and perhaps misled authorities with her fingering of members? Were these just copycat killings? Is the cult still out there unpunished? The fact remains that no one else has ever been apprehended in relation to these killings, and the mystery remains.

Marilyn Monroe Murdered For What She Knew About UFOs? My New Controversial Book