The Strange Mystery of the Mystical Cintamani Wishing Stone

There have been many legends that have sprouted up over the centuries revolving around mysterious artifacts and relics supposedly imbued with amazing mystical powers. From magical stones, swords, and even the famed Ark of the Covenant and the Holy Grail, these are items that lurk out in the periphery between reality and legend, hovering in the morass of a limbo merging fact, fantasy, and myth to congeal into something that evades any true understanding as a real item, but which nevertheless have inspired many to try and obtain them. One of these is a magical stone from Buddhist lore that supposedly grants the holder great power over the universe and reality itself, but which has never been proven to be real or not.

The legend of what is called the Cintamani Stone, which roughly translates to “thought-gem” or “wishing stone,” goes deep back into history, and is pervaded by much mystery and myth. The Cintamani Stone is, according to legend, a magical wish-fulfilling jewel imbued with great power that is prevalent in many Buddhist traditions as well as in Hindu lore, often depicted in the possession of the Bodhisattvas, those who are on the path to enlightenment, or in Hindu mythology the gods Vishnu and Ganesha. The Cintamani stone is attributed with various wondrous powers, including granting wishes, manifesting anything one desires, eliminating sickness, purifying water, granting knowledge of all time and space, and bringing its holder to a higher state of being and even granting immortality, allowing the achievement of a godlike status. 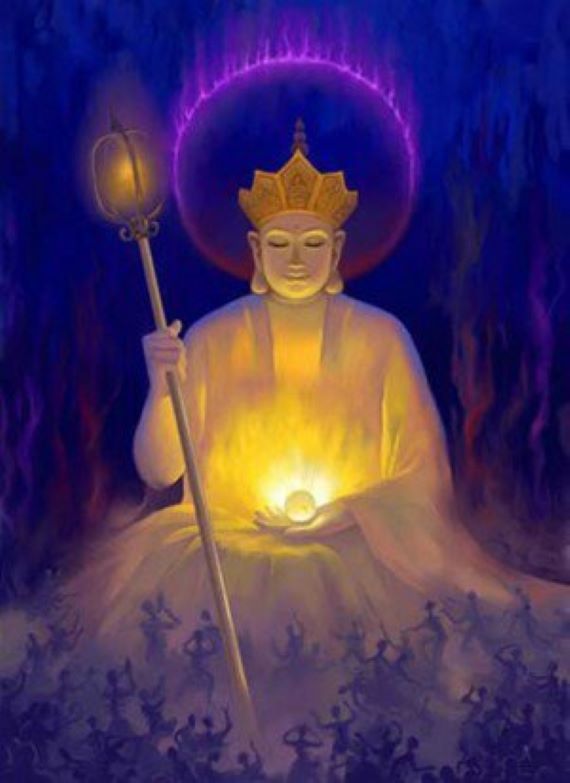 There are many myths on where this all-powerful stone came from, but one of the most popular tales of the stone is that it is said to have fallen from the sky in a chest along with other powerful artifacts during the reign of king Lha Thothori Nyantsen of Tibet in the 5th century. The king did not know what the significance of these items was until it was explained to him by two mysterious strangers who one day came to his court and explained that these relics were there to guide humanity, keep us in line, and drive progress. The stone then passed into the possession of the enlightened and the worthy, who could use its powers for the good of all humankind, eventually finding its way to the legendary city of Shambhala, although fragments of it were said to have made their way out into the world. The Cintamani Stone is often described as either a multi-faceted iridescent jewel or in other traditions more like a luminous pearl, and although it has mostly been seen as nothing more than a metaphor for the teachings of Buddha, there have been many throughout history who have believed it to be real and sought to obtain it for themselves, making it a much sought after legendary magical artifact along the same lines as the Philosopher’s Stone or the Holy Grail.

There have been many diverse individuals, societies, and organizations who have claimed to have come into possession of the Cintamani Stone, including such names as King Solomon, Genghis Khan, Akbar the Great, the Freemasons, and even the Dogon tribe of Africa, famed for their mysterious knowledge of the binary star Sirius before it was officially discovered to be binary, with all of them having their great knowledge and success attributed to the stone’s powers. One of the most well cases of someone allegedly holding the stone revolves around the Russian artist, philosopher, 1929 Nobel Peace Prize nominee, and occultist Nicholas Roerich in the early 1900s, also famous for having been a mystical guru for Henry Wallace, who was Secretary of Agriculture and would become Vice President of the U.S. in the early 1930s. A follower of Theosophy, a spiritual belief that a group of divine ascended masters would unite all mankind, he had long had a fascination with the Cintamani Stone, and according to the story he got it, leading to his many accolades, achievements, and strong political connections and clout at the time. 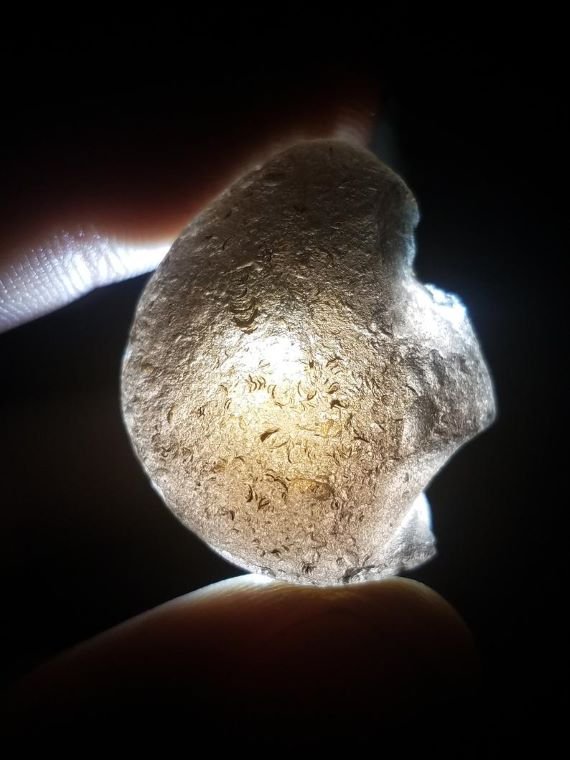 It is not clear how he actually got his hands on the stone, but he described it as being made of a type of glass formed from a meteorite called moldavite, with etchings upon it in ancient Sanskrit that he claimed read “Through the Stars I come. I bring the chalice covered with the shield. Within it, I bring a treasure.” Beginning in the 1920s, Roerich went on a series of secret trips through Asia, which brought abour many rumors that he was either trying to establish a new world order and get nations to join a pact he called the “Banner of Peace,” or that he was trying to return the Cintamani Stone to the lost mythical city of Shambhala. He would later claim that he had failed to find the lost city, but that he had brought the stone to a place called the Trasilumpo lamasery, in Tibet, where it supposedly remains to this day. There are hints in his correspondence with Wallace that him and the president himself, Roosevelt, all knew that he had the stone and what he was up to, with one cryptic statement in a letter from Wallace to Roerich reading, “I have thought of the admonition ‘Await the Stone’. We await the Stone and we welcome you again to this glorious land of destiny.” Interestingly, Roerich’s banner holds the symbol of a pyramid of triple circles, which also happens to be the traditional Tibetan symbol for the Cintamani Stone. Did he really have it and bring it back to the land of its origins? Who knows?

It has been often discussed and debated as to just how real the Cintamani Stone ever was or was meant to be. It has been thought by many historians to be just a myth and legend, yet there are those who still think that it is out there somewhere in one form or another. If it ever was real, what could it be? Was this something that fell from the sky, a piece of moldavite, which is a material already associated with strange powers and energies? If it was real did it ever have any powers whatsoever, or was it merely raised to a legendary status in stories over the centuries? Whatever the case may be, it is a curious look into a mysterious supposed lost relic that stands tall among others like it, and a bizarre historical oddity.