The Strange Story of the Demon Pirate of Cornwall

Back in time through the 17th, 18th, and 19th centuries the coastline of England and the English Channel were often a very dangerous place to be. At the time these waters were patrolled by vicious pirates who did not hesitate to plunder merchant vessels or kidnap hapless victims to sell into slavery. Citizens would fluctuate between hiding from the pirates and going out to salvage from ships that had wrecked on their shores, and it was often a perilous existence to live here. It was in this environment of the constant threat of danger, of citizens of sleepy seaside villages often cowering in their homes to avoid the wrath of the pirates, that a curious story would emerge, that of a demon pirate that one day made its way to a remote coastal village.

The tale revolves around a small seaside village on the Cornish coast, where one stormy night the villagers spotted a ship out at sea that seemed to be struggling, drifting dangerously close to the treacherous rocks and shallow waters close to shore. It is sad to say that the villagers were excited by the prospect of the mystery ship wrecking, because it meant that they could salvage anything that washed to shore and sell it, a practice that was common at the time. As the dark shape of the ship loomed closer, the gathered villagers could see that there was a lone man standing on the deck, and no other apparent crew, which was very odd and not a little frightening. Also odd was the fact that the vessel seemed to miraculously avoid the many rocks dotting the area, and the man on deck did not seem to flinch from the stormy seas raging around him. 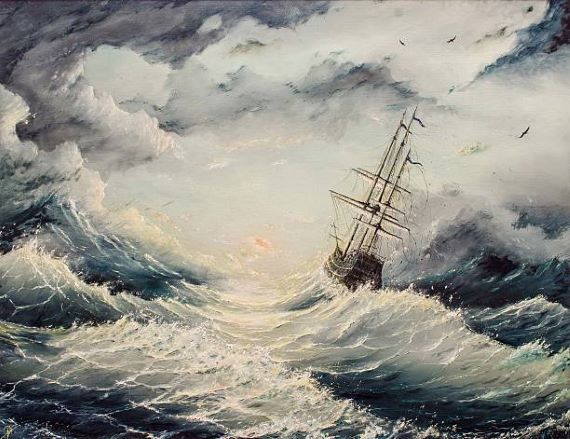 The ship spent some time doing this dance, precariously close to wrecking but never actually hitting anything, that figure managing to keep his balance on the swaying vessel without anyone else there to help him, and then it would get stranger. The man suddenly stood up straight, strode over to the side, and jumped right down into the raging grey seas, which he seemed to swim and wade through with great speed and no trouble at all before arriving on shore, where he appeared to be a hulking brute of a man, described as being 7 feet tall, as wide as two men, and with dark black eyes. The crowd that had gathered were actually rather shocked at the sight of him, and at the fact that he had just jumped into a surging stormy sea to swim right to shore in no time. As they stared in awe and fear, the man walked towards them and without a word ripped the shawl from an old woman’s neck to wrap around his shoulders, knocking her down in the process, after which he calmly grabbed a pretty young woman by the name of Dinah Hamlyn and jumped up onto one of the villager’s horses to go riding off into the night, shouting out something in some alien foreign language as he did so.

It would turn out that the mysterious stranger had taken Dinah back to her own home, which he had then taken over, apparently meaning to live there while keeping the woman captive in her own house. When villagers surrounded the home and demanded to know who he was he told them in a deep rumbling voice that he was "Coppinger from Denmark," saying no more of the matter and refusing to budge. He continued to live there for several years, with no one brave enough to face him with the fact that he was invading a home and keeping a woman hostage in there, in the meantime gathering the nickname “Cruel Coppinger.” He would gradually extend his reach to the whole village, amassing a band of smugglers and pirates who kept everyone in check through a campaign of terror and frequent beheadings of those who spoke out against him, truly earning his namesake, all while rumors flew that he was some sort of demon and had supernatural powers, earning him his other alias, “The Demon Pirate.” 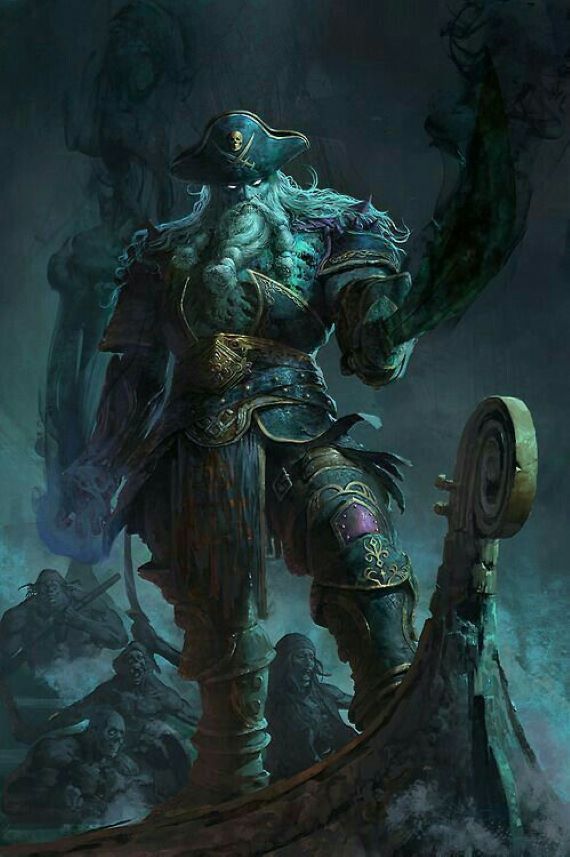 Cruel Coppinger eventually bought his own house and land, by this time having forced Dinah into a marriage. He took control of the shoreline, demanding tribute from those who would use it to go out fishing, all while stealing livestock and other valuables from the villagers as he saw fit. Considering that many thought of him as some sort of supernatural entity, there were none to oppose him, the whole village was virtually enslaved by this stranger. In the meantime, he terrorized the Cornish coast aboard his own custom ship the “Black Prince,” and he also had a son who would grow up to be known as a vicious, soulless monster prone to thievery and murder. It was not until tax collectors called the Revenue Office put increasing pressure on him that he finally withdrew, apparently climbing into a small rowboat to go out to sea at supernatural speed to never be seen again.

It is all a wild story that has become engrained in Cornish myth and legend, but it is interesting that it appears that it might be based on reality, with a John Coppinger, who arrived in Cornwall in around 1793, and Daniel Coppinger who was shipwrecked in 1792, with the myth perhaps being a melding of the two, although it is not known for sure. Indeed, the fact that no one knows for sure only adds to his whole mystique and sinister reputation. It probably was based on a real person, with more fanciful elements added over time, but who knows? It is a very intriguing melding of real and myth at the very least, and we are left to wonder how much of it is true and how much is just stories and rumors. Whatever the case may be, the tale of Cruel Coppinger has managed to remain a pervasive myth and story throughout the area.