The Strange Vanishing of Michael Sullivan and Camden Sylvia

54-year-old Michael Sullivan and his 36-year-old girlfriend, Camden Sylvia, were two artists who lived together in a loft in Manhattan, New York City, and they had a pretty sweet deal going on. They shared a rent-controlled loft that they only paid $300 a month for, which is a steal considering the area they lived in, and they were described as a very happy couple. On the evening of November 7, 1997, they went out on one of their routine jogs together, and along the way were seen visiting a video store just down the street from their loft to rent a movie, but after that they seem to have just vanished off the face of the earth and no one has seen them since, beginning a strange unsolved mystery that has seen no answers in sight.

It was not until several days later that anyone realized that anything was wrong. It would turn out that no one had heard from them at all, and neighbors had not seen them coming or going. Sylvia’s mother came over to the loft to visit and see what was going on, but no one was home. After failing to get into contact with her daughter, she became more worried and let herself into the loft, which was completely in order. All of the couple’s personal belongings had been left behind, including their eyeglasses, money, passports, and wallets, there was no sign of any sort of break-in or struggle, and indeed it seemed as if someone would be home at any minute. The only things missing were their running shoes and a tote bag Sylvia often carried with her, and that was it. So where had they gone? No one had a clue. Their bank and credit card records were checked to find that they had not been used, so it was as if they had just evaporated suddenly.

When they were reported missing, police were soon able to learn some sinister new information from other tenants in the same building. It turned out that there had been some tension between them and the landlord, a man by the name of Robert Rodriguez. It seems as if Rodriguez had been criticized for trying to raise the rent significantly, as well as often turning on the building’s heating late in the winter time, to the point that Michael had put together a petition of all of the tenants threatening to have a rent strike if something was not done about the heating issue. As a matter of fact, it would turn out that Michael had handed this petition to Rodriguez on November 7, the very same day the couple had disappeared.

When Rodriguez was contacted by police, he was amazingly cooperative, inviting them to search the entire apartment complex he owned. Nothing was found, and Rodriguez denied any knowledge of the disappearance. However, he soon pulled a disappearing act himself, and police found themselves unable to find him again, with his family even reporting him missing. Police were staring to have red flags go up, only further when Rodriguez’s family refused to let police search his property in upstate Orange County, New York. Police did it anyway, in a sense, using helicopters and infrared cameras to look for any bodies, but they found nothing suspicious. In the meantime, police even went as far as to tear up the loft’s floor looking for anything suspicious, but again nothing was found, nor did cadaver dogs pick up anything odd.

As all of this was going on, police were increasingly suspecting that Rodriguez had had something to do with the disappearances. It was theorized that the rent and heating dispute had perhaps gone too far, and that he had had the two missing people erased, but there was absolutely no proof or evidence of this, and Rodriguez himself remained missing. Police even went as far as to check the bottom of a nearby lake to see if any bodies had been dumped there, but this was fruitless. Then, suddenly Rodriguez reemerged two weeks after he had gone missing, and when he did, he hired a lawyer and refused to speak with authorities. The police never had any evidence to detain him, and he was only ever arrested on completely unrelated money laundering, tax evasion, and credit card fraud charges, as well as identity theft later in 1997, getting 6 years in prison. 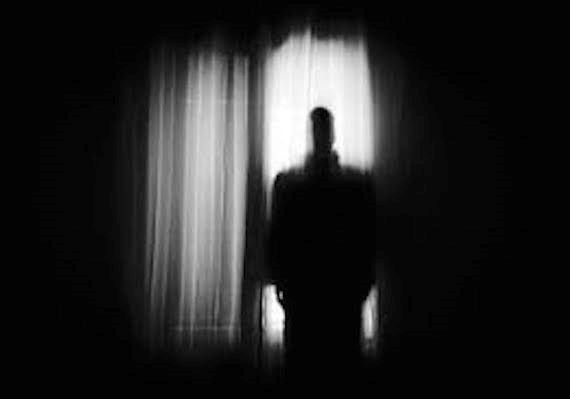 Making it all a bit more sinister is that Rodriguez was connected to another vanishing, this time a man named David King, who was an associate of Rodriguez and was a co-defendant in a $13 million civil lawsuit with the landlord in 1991. King had vanished without a trace after an argument with Rodriquez not long after this, although he was never formally charged with anything to do with the disappearance. He was released from prison in 2004, and has insisted on his innocence in relation to the disappearance of Michael Sullivan and Camden Sylvia. Indeed, he has never been charged with anything to do with the case, and in the meantime the missing couple has never been found, there are no new leads, and their vanishing remains a total mystery.

Martian Mushrooms and Photos: There’s Much More Weirdness on the Surface of Mars