The Weird Mystery of the Book of Soyga

One of the more mysterious figures of the 16th and early 17th centuries is the Anglo-Welsh mathematician, astronomer, astrologer, teacher, occultist, and alchemist John Dee. Once serving as the court astronomer for Elizabeth I, back in his era he was well-known for his deep studies of the occult and esoteric knowledge, including alchemy, divination and Hermetic philosophy, and he searched on numerous occasions for the secrets to the Philosopher’s stone. Dee was also known for having at one point one of the most extensive libraries on occult and magic texts in Europe, if not the world. Among the darkened, dusty rows of leather-bound texts and scrolls were all manner of books on spells, divination, astrology, demonology, and other less defined things, with one of the more anomalous and intriguing of these being a manuscript referred to as “The Book of Soyga,” a book of magic and mystery that is just about as enigmatic and cryptic today as it ever has been.

The book itself is written almost entirely in Latin, and seems to be some sort of collection of Renaissance magic beliefs and spells, including many charts, tables, and secret codes, as well as various passages on incantations, astrology, demonology, lists of conjunctions, lunar mansions, and the names and genealogies of angels. There are also numerous references to other medieval magic books that are not even known to exist. While most of it is in Latin and therefore easily translatable, not all of it is particularly straightforward. Many words are for reasons unknown written backwards, and there are several numeric codes that Dee was unable to crack in his obsessive studies of the book and which indeed remain mysterious to this day. One mathematician and researcher of the book, Jim Reeds, has said of it:

The Book of Soyga's preoccupation with letters, alphabet arithmetic, Hebrew-like backwards writing, and so on, is of course characteristic of the new Cabalistic magic which became popular in the sixteenth century, exemplified by the great compilation of Agrippa of Nettesheim (1486-1535), and borrowing authority both from the Renaissance humanist interest in the Kabbala expressed by such figures as Pico and Reuchlin and from the supposed Biblical antiquity of the Kabbalah.

Dee truly believed that the Book of Soyga held within its pages some profound secrets of the universe, and devoted much of his time to feverishly studying it and trying to decode it, to varying levels of success. He became so desperate to delve into its deep mysteries that he reportedly even sought the counsel of angels, attempting contact through scrying and other methods. He would claim to have spoken to the angel Uriel about the book, who allegedly told him that it had been shown to Adam in the Garden of Eden, and that it could only ever be properly translated and understood by the archangel Michael. Whether he got any further answers from the angels is unknown, but we do know that Dee remained truly obsessed with the book all the way up to his death, without ever having deciphered its secrets. 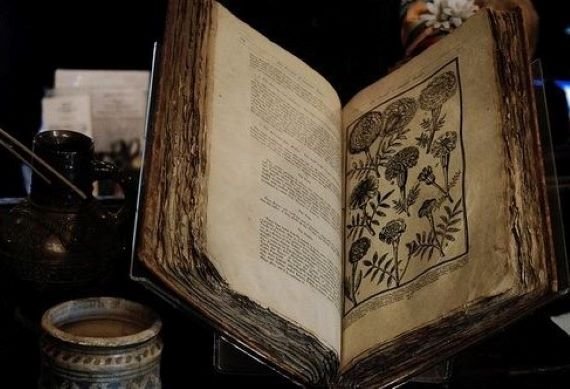 After Dee’s death, much of his library was ransacked and lost. The Book of Soyga would then sort of vanish, and was believed to have been lost until 1994, when Dee scholar Deborah Harkness stumbled across two manuscripts kept at the British Library and the Bodleian Library, under the title Aldaraia sive Soyga vocor, which proved to be in actuality to be copies of the long lost Book of Soyga. Even into the modern day, its true meaning would prove to be elusive. Although Reeds has managed to decipher the construction algorithm, mathematical formula, and code words used in generating the numeric tables, even finding errors made by the book’s author or authors, it is still unknown what any of it actually means or what its significance is. Reed would say of his own fascination with the manuscript:

We know the tables in the Book of Soyga excited John Dee’s interest, as seen in the dialogue with Uriel. They certainly also excited mine as a professional cryptologist. Were they, I wondered, filled with a random and hence pointless selection of letters, or were they a cryptogram with a hidden ’plain text’ meaning, which might at least in principle be recoverable by cryptanalysis, or was there some other structure or pattern to them? The treatise in the Book of Soyga which discusses the tables, Liber Radiorum, has a series of paragraphs mentioning the code words for twenty-three of the tables, together with number sequences which stand in unknown relation to the words.

To this day people have worked to try and uncover the mysteries of the Book of Soyga, and yet it has largely remained just as mysterious as ever. What are we to make of this text, who wrote it, and for what purpose? Does it hold some important clues to the nature of our very reality or is this just some prank on the part of the authors? John Dee seemed to think that it was a manuscript of utmost importance, but just what that entails we may never know.

“Talkative” Dinosaur, a Jurassic Shark, and the Earliest Menefeeceratops