My previous article was on the way in which, over the decades, UFO events have been carefully staged by government agencies. And, to determine how easy (or otherwise) it is to mess with the human mind for psychological warfare reasons. There's no doubt in my mind that the current UFO controversy (and the media fascination for it) is caused by a carefully planned program involving high-tech vehicles of our making and not of aliens. With that said, I thought I would share with you two classic cases that I strongly suspect were fabricated. Not by the witnesses, I should stress, but by those aforementioned agencies. We'll begin with an incident that is seen by many as one of the most significant of all time. I'm talking about the Parker-Hickson "alien abduction" affair of October 10, 1973. Two men – Charles Hickson and Calvin Parker – were fishing on the banks of Mississippi’s Pascagoula River. All was going fine. That is, until approximately 9:00 p.m. rolled around. That’s when all hell broke loose. Yet, it all began relatively calmly. It didn’t stay that way, however. As they fished, Parker and Hickson suddenly noticed a light in the distance. Not only that, it was following the river and appeared to be coming in their direction. Which was not necessarily a good thing. They were both subjected to a traumatic and terrifying abduction. But, by whom? 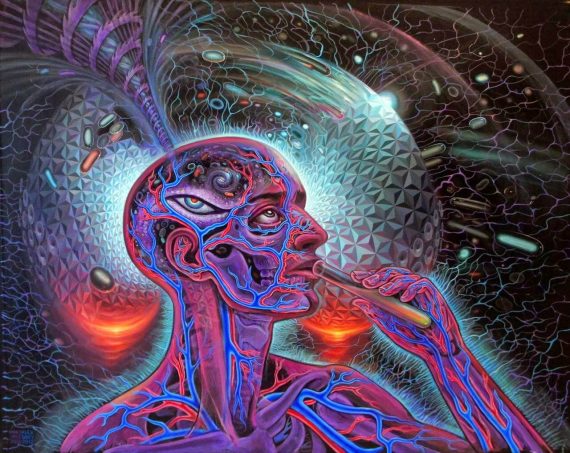 It’s a seldom discussed fact that only a handful of miles from where Parker and Hickson were "abducted by aliens" is a stretch of land called Horn Island. In the latter stages of the Second World War, the military explored the possibility of using Horn Island as a place where both chemical- and biological-warfare research could be undertaken. The U.S. Army’s Chemical Corps did likewise in the early 1950s – specifically when its research into so-called "mind-control" and mind-manipulation drugs was taking off. We’re talking about work associated with the notorious MKUltra program. The official line is that the research was cancelled, due to one quite understandable reason: with Horn Island being significantly windy at times, having mind-altering, aerosol-based cocktails affecting the local populace would most assuredly not have been a good thing! However, a different story comes from some of the people that call the area home. There are tales of covert operations and experiments into mind-manipulation that, apparently, did go ahead; many under the auspices of the aforementioned MKUltra, and as late as the early 1970s. In terms of what may have specifically been used in these operations, fingers point in the direction of BZ. Or, to give it its correct name: 3-quinuclidinyl benzilate. It’s most well-known name is "Buzz." I hardly need to explain why. The nickname nails it.

BZ, an extremely powerful hallucinogen, can provoke imagery of an incredibly graphic nature, very often of a highly frightening nature. On other occasions, the experience can even be uplifting. As is also so often the case with LSD, it’s the setting, the scene, and the mood that typically influence the nature of the BZ experience. The National Academy of Sciences notes that BZ "was investigated as a potential incapacitating agent for military applications," adding that it produces "anticholinergic delirium, a non-specific syndrome of cognitive dysfunction, hallucinations, and inability to perform tasks." And let’s not forget that Horn Island is barely eight miles from where Calvin Parker and Charles Hickson were taken in October 1973. Might the "UFO" actually have been a helicopter and not a UFO? Could the references to the aliens having mask-like faces, and clawed hands, actually have down to earth explanations: full-body protection suits, helmets, and thick gloves, worn by the abductors and seen by two men rendered into states of mind in which hallucinations were running wild? 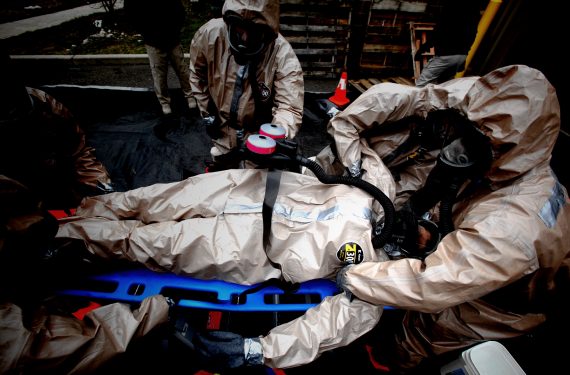 There's another famous bogus case that has a helicopter component attached to it. In the latter part of the 1970s, journalist, UFO investigator and blogger Rich Reynolds was approached by a man named Bosco Nedelcovic, who said that he knew the real story behind one of Ufology’s most alternative UFO cases of the 20th century. Nedelcovic, who died in 2000, worked for the U.S. Department of State’s Agency for International Development in both Central America and South America. As for the story that Nedelcovic wanted to share with Rich Reynolds, it concerned the famous, almost-over-the-top tale of a young Brazilian man. His name was Antonio Villas Boas. He worked on his family’s farm at the time, but, went on to become a well-respected attorney. Nedelcovic told Reynolds that the Villas Boas case had zero to do with aliens. Rather, it all revolved around mind-altering drugs and the use of a helicopter, into which Villas Boas was "abducted."

If you think Villas Boas was taken on-board a UFO, and not onto a helicopter, it's time to think again. Villas Boas said the craft was shaped "like a large elongated egg." He described it further, stating that "on the upper part of the machine there was something which was revolving at great speed and also giving off a powerful reddish light." When the vehicle left the scene, said Villas Boas, it moved "slowly into the air until it had reached a height of some 30 to 50 meters…The whirring noise of the air being displaced became much more intense and the revolving dish began to turn at a fearful speed…At that moment, the machine suddenly changed direction, with an abrupt movement, making a louder noise, a sort of beat." Contrary to what has been said, Villas Boas was never taken on-board a Flying Saucer-shaped craft. Villas Boas’ own words demonstrate that. On top of that same machine was something that was "revolving at great speed." Rotor-blades? What else? Nothing, that’s what. Then, there was the noise coming from the craft: "a sort of beat." You certainly don’t have to be an aviation expert to realize that Villas Boas, even in his druggy state, had seen – and had been taken on – a helicopter, as Nedelcovic had claimed all along.

Of course, no-one in a government agency would engage in such strange activity without a specific reason. Now we get to the point. As I see it, the UFO phenomenon has, for many years, acted as an ingenious cover to allow government agencies to secretly test new - and sometimes dangerous  - technologies and drugs on the public. And, in the process, hide the truth behind a bundle of fabricated UFO events.