Several people have asked me why I have decided not to comment - just about anywhere - on all of the latest developments in the field of Ufology. The 6o Minutes show,  testimony form military personnel, footage, and the list goes on and on. So, why have I chosen to let others address the issues ? And to significant degrees? Well, the reason is very simple (although many will likely disagree with me). I'm not at all convinced that any of this has a UFO connection attached to it. At least, not in the way that most people use the "UFO" word. Let's get things straight: UFO - the word - means Unidentified Flying Object. And that's all it means. So far, in the history of Ufology, we have never proved that even one UFO was/is an alien spacecraft. And that gets to my point. Yes, there is some very interesting footage and testimony out there. CNN have given good, solid coverage to the subject. But, as for this current saga, no-one has given me anything that makes me think "aliens!" And I'll tell you why. A number of people have said to me that the technology, the images, the film, and so on, that is shown is far ahead of what we have right now. Really? And precisely how do they know that? Well, the fact is they don't know. Now, let's get to the next part of the story.

It's important to note that it was in 1988 that both the Lockheed F-117 Nighthawk stealth fighter and the Northrop Grumman B-2 Spirit were unveiled for one and all to see. The completely black, triangular-shaped aircraft caught the world’s attention, primarily because of their strange, angular shapes. A lot of people may not know that the research into the two aircraft began - secretly, of course - way back in 1975. Yet, much of  it was successfully kept hidden out at Area 51 for years. The most important development came in 1976. That was the year in which a program designated "Have Blue" was established as, to quote Lockheed Martin, "the stealth demonstrator that would lead to the F-117A Nighthawk." Built out of aluminum and not much else, the aircraft was typified by the angular shape and futuristic-look. Although the Nighthawk remained unknown to virtually everyone until 1988, it was first test-flown on June 8, 1981, just one year before the Hudson Valley "UFO" wave began. Notably, the Nighthawk – while in test stage – was flown exclusively at night. And, while it seems unlikely that the F-117A was the culprit at Hudson Valley, perhaps a far more advanced stealth plane was. 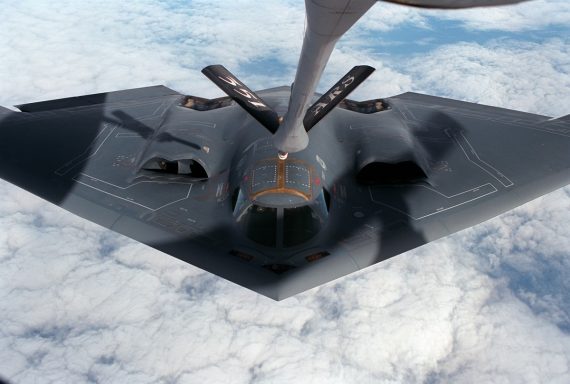 It’s intriguing to note that in 1982 a wave of encounters with what became known as "Flying Triangles" began over portions of New York State, specifically in Hudson Valley. In their 1988 book, Night Siege, authors Dr. J. Allen Hynek, Philip J. Imbrogno and Bob Pratt wrote: “Can 7,000 eyewitnesses be wrong? They were there to witness the huge, hovering object in the sky, the flashing lights, the eerie silence. They are ordinary people from all walks of life: stay-at-home moms, kids, business people, engineers. They tell their stories here, and they all agree on one thing: they saw the same massive object cruising over their backyards. And it was like nothing they had seen before…" 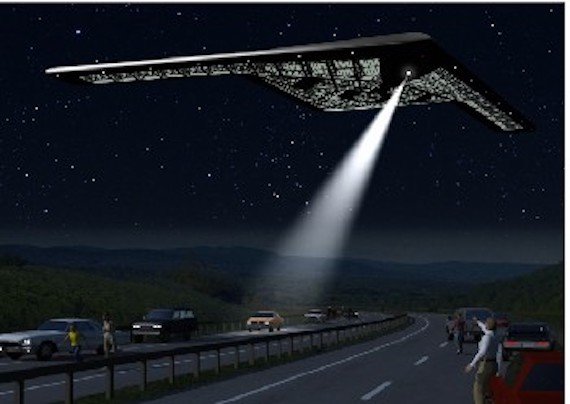 At the time when the Hudson Valley encounters were at their peak, it was reasonable for UFO researchers to assume that aliens had invaded and were scoping out the area to a massive degree. When, however, the Stealth planes were unleashed in 1988 – planes that looked eerily like the Hudson Valley "UFOs," of the early Eighties - more than a few of those same ufologists came to wonder if what was seen over Hudson Valley was actually a top secret variation on the Stealth Fighter and the Stealth Bomber. One of the most intriguing revelations that surfaced when the Stealth planes were revealed was the startling fact that they had been secretly flying not just for a few years, but since the 1970s – at Area 51. And, the secret (the top secret) had been skillfully contained for more than a decade. What is currently afoot has nothing to do with alien spacecraft. Rather, in the very same way that the Stealth planes were quietly created back in the 1970s, secretly flown in the early 1980s, and assumed by many people back then to have been extraterrestrial, today's "alien spacecraft" are high-tech (extremely high-tech) vehicles that are way ahead of what we - the public - can fully, currently, comprehend.

Finally, I wouldn't be surprised, at all, if a part of this revolves around ingenious psychological warfare. Namely, run a program to see how today's media and public respond to the presence of an alien phenomenon that doesn't really exist. And to a technology that was developed out at Area 51, and that may well have been perfected five or ten years ago - just like the situation with the Stealth planes. Not all UFOs are ours. But, I'm sure the ones we're seeing now are.

Meteor Shower Tied to Comet Only Seen Every 4,000 Years