From the “What could possibly go wrong?” file comes yet another report that the US military is working to create robotic warriors that move more like humans than one of those robotic New York police dogs trying to walk on two legs and carry a gun. The latest technique under trial is something called ‘biohybrid robotics’, which in this case means replacing rods, gears and shock absorbers with real human muscle tissue. Are you ready for robots with bigger biceps than yours … or Arnold’s?

“We look at a wolf in nature: It probably weighs about the same, can pull much more and can travel hundreds of miles without really eating, take a nap and do the same thing the next day.” 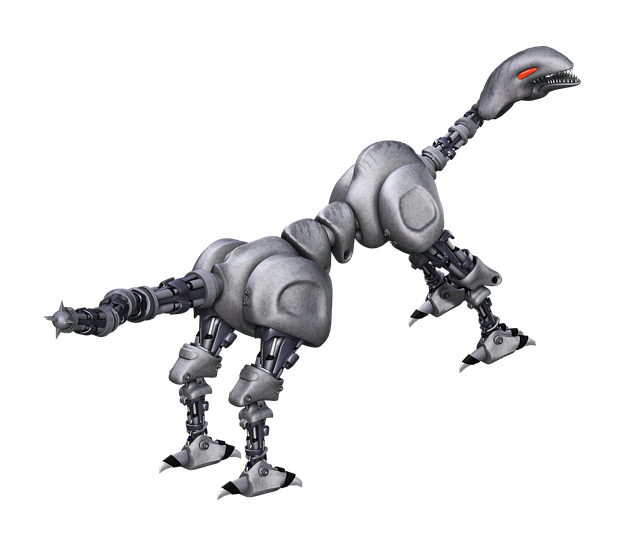 Instead of building a better wolf with technology, Dr. Dean Culver, a research scientist at the Army Research Laboratory, told NextGov.com that the lab’s strategy would be to make the robotic wolf better with biology – using real tendons and ligaments to give the robot real wolf speed, spring and agility, and replace its batteries with a chemical system that could be replenished on the run rather than shutting down the robot for recharging. The same strategy is behind building a better robotic soldier for combat. Current robots on wheels powered by batteries are reaching their physical limits. More concerning however are current attempts to make human-like walking robots, which Culver says work well on flat terrain but fall down, literally and figuratively, on gravel and rougher terrain.

“But if you run through a field, and your footsteps into a rabbit hole, even before the signal from your foot has reached your brain to say, ‘Oh, my gosh, I'm in a rabbit hole,’ your body is already moving to accommodate that sudden change. Part of that is the way that control systems are designed in organisms—that's obviously really amazing—but another part of that is the ability of muscles and tendons to bend and flex a little bit, and offer those control systems an opportunity to adapt.”

Adapting means joining roboticists with biologists to understand how muscle tissue works and converting them to a metal skeleton that provides electrical impulses for power, ions for signals to make decisions and chemicals to replace the nourishment from blood and oxygen. All of that collapses, literally and figuratively, if it’s not durable – they don’t need to last 80 years like human muscles but definitely longer than mechanical robots.

“We’re going to learn how to build things from the ground up, and not only offer robots and devices and mechanisms, the capabilities that we see in nature—but just revolutionize the way that we think about it and push the horizons on what we're capable of way further back. And that disruption is precisely the kind of thing that we want to lead, and that [ARL] should be front-runners in.”

After World War II, when was the US Army revolutionary in anything … other than getting involved in other countries’ revolutions? Culver sees this as a chance for the Army Research Laboratory to be leading-edge in “biohybrid and bio-inspired engineering.” What could possibly go wrong? Well, other than blurring the line between humans and robots, the fact that the primary purpose of these biohybrids is warfare is always disconcerting at best, scary at worst. If the technology can be shared with industries other than defense – medicine, for example – this may be a good idea. We’ll just have to wait and see .. and hope a war doesn’t drive the development first.