Who or What Flies the “Flying Triangles”? Are They UFOs or Secret Aircraft?

Since the early part of the 1980s, sightings of large, triangular-shaped UFOs have been made. They are usually described as being black in color, making a low humming noise, with lights below, and with rounded - rather than angled - corners. And, they have been seen throughout the world. The sheer proliferation of such reports has led some ufological commentators to strongly suspect that the Flying Triangles (as they have come to be known) are prime examples of classified aircraft, the development of which secretly began in the 1980s by elements of the U.S. Department of Defense. There's no doubt that the theory makes a great deal of sense. After all, it's not difficult to think of them as next-generation Stealth aircraft. By the time the 1970s were up and running, Area 51's finest were focusing a great deal on what has since become termed as Stealth technology – in essence, the ability to render an aircraft practically invisible to radar. Much of the highly-classified research that led to the construction and deployment of the Lockheed F-117 Nighthawk (more popularly referred to as the Stealth Fighter) and the Northrop B-2 Spirit (better known as the Stealth Bomber) was undertaken out at Area 51 – by which time the word "vast" barely begins to describe the base. A countless number of aircraft-hangars, underground labs, facilities built into the sides of the surrounding mountains, and new runways were part and parcel of Area 51. And with the Stealth planes being extremely important to the U.S. military. 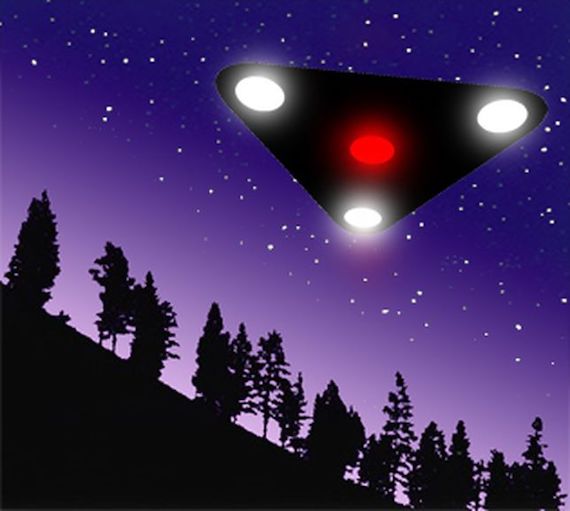 Since both the Nighthawk and the Spirit are  broadly triangular in shape, it's easy to see why and how most people would think the Flying Triangles, too, are the work of the government, rather than the creations of extraterrestrials. I would be totally fine with suggesting that the Flying Triangles were (and still are) are indeed nothing but secret aircraft. There's a problem, though. And, admittedly, it's a pretty big one. Yes, the overwhelming numbers of sightings of the Flying Triangles do date back to the early Eighties. And with some in the latter part of the 1970s. However, there are a few reports of the craft going back to the 1960s. Now, the skeptic might say that those who claim to have seen Flying Triangles such a long time ago are nothing but hoaxers. That scenario, however, doesn't stand up to scrutiny. I'll tell you why. Welcome to a man named Jeffrey Brown. We have to take a trip to the U.K.-based National Archives. It contains the overwhelming majority of all the UFO-themed documents that the U.K. government has ever held and declassified. 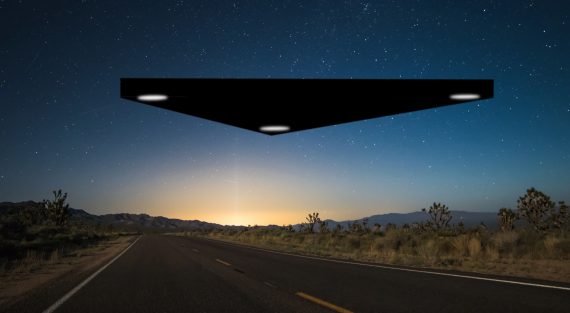 Contained in those files is a one-page, March 28, 1965, UFO report that was filed with the Ministry of Defense by Brown. He actually filed the report - by phone - on the very same night of his sighting, which was on the moors of North Yorkshire, U.K. In part, the documentation states that Brown saw: "Nine or ten objects – in close triangular formation each about 100ft long – orange illumination below – each triangular in shape with rounded corners, making low humming noise." Despite the fact that the report isn't that lengthy in size, it's huge when it comes to the matter of its importance. What Jeffrey Brown saw was, without a doubt, a Flying Triangle. There was the humming sound. There was the rounded corners on the craft. And there was  the light emanating from below. Most important of all, that particular document is still at the National Archives. You, me and anyone else can go there and see Brown's report. I did exactly that when it was declassified.

So, we have a report of a group of definitive Flying Triangles from as far back as the mid-1960s. Yet, all of the available evidence today suggests the FTs didn't appear on the scene until the early 1980s. Or, maybe, around the latter days of the 1970s. It's highly unlikely that, at the time of Brown's incident, the U.K. military would have had not just one, but a whole squadron, of FTs flying around. Admittedly, this case is a fascinating one. If the military weren't flying massive Flying Triangles over the north of England in 1965, then who was? If it was aliens, then does that mean all of the Flying Triangles were (and still are) from another world? Or, against all the odds, did the U.K. government of the day have hidden away, in various well-guarded hangars, incredible craft of their own making? Might it be a combination of scenarios? If so, how could "our" craft look just like "theirs"? This is an important Flying Triangle case. Maybe, one of the most important.