The world’s oldest known tools used for creating tattoos have been discovered in Tennessee. The sharpened ends of turkey leg bones, which were believed to have been used as tattoo needles, date back to at least 3,620 years ago. As a matter of fact, they could be as old as 5,520 years.

These are significantly older than the tattoo kit that was found in Tonga and date back about 2,700 years. That tattoo kit included tools made from human bones, bone combs, and an ink pot.

The tools found in Tennessee were analyzed and experts believe they were used by Native Americans thousands of years ago. They were uncovered in a male’s burial pit located at the Fernvale site. Additional finds in the pit included two turkey wing bones that contained pigment residue. This suggests that those bones were also used during the tattooing process. Seashells with pigment stains indicate that they were used to hold the ink that the tattoo artists dipped the bone needles into. (A picture of the turkey bones turned into tattoo needles can be seen here.) 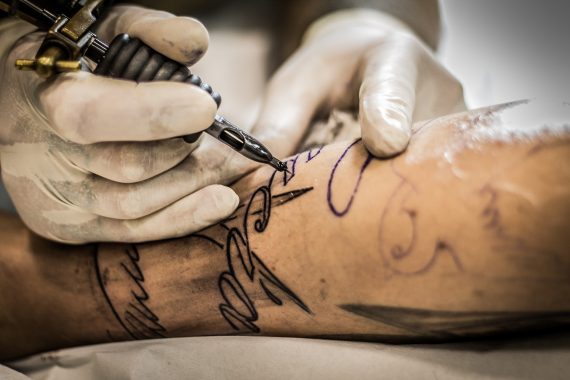 This discovery seems to suggest that Native Americans who lived in the eastern part of North America were creating tattoos for over a millennium longer than experts first estimated.

We can’t talk about ancient tattoos without mentioning Ötzi the Iceman who had the earliest known body ink. The iceman lived about 5,250 years ago in Europe but researchers couldn’t find any tools connected to Ötzi’s tattoos.

Ötzi had a total of 61 tattoos that were located on several different parts of his body that included his left wrist, torso, lower back, and lower legs. Interestingly, they were found in areas on his body where he would have suffered from spinal and joint degeneration; therefore, the tattoos may have been therapeutic.

But while Ötzi is currently the oldest human with tattoos, there will more than likely be another person even older than him that will eventually be found sporting body ink. Lars Krutak, who is a research associate in the Department of Anthropology at the Smithsonian’s National Museum of Natural History, reiterated this by stating that thousands of mummies have been unearthed and they should be searched for ancient tattoos. “...In turn, we may see the antiquity of tattooing being pushed further and further back in time, which is an exciting prospect.” (Pictures of some of Ötzi’s tattoos can be seen here.)