Hoofed footprints that date back 1.8 million years were “accidentally” found by scientists visiting Tanzania. Scientists from Heriot-Watt University’s Lyell Institute were on a research trip in East Africa when they found the fossilized prints during geological fieldwork that they were conducting at the Olduvai Gorge in the northern part of Tanzania.

The prints were discovered by PhD researcher Tessa Plint and she was as shocked as anyone when she found them, describing her findings as “surprising” and that she was “...in the right place at the right time.” She went on to say that “It was a very exciting moment.” There were a total of three prints that were discovered with each of them measuring about 7cm in length (2.8 inches).

The prehistoric tracks were left by cloven-hoofed quadruped mammals that were believed to have been the ancient ancestors of today’s gazelles and antelopes. The footprints were made when these mammals walked over ash that had just fallen after a volcanic eruption occurred close by.

Dr. Clayton Magill, who is an assistant professor at the Lyell Centre, weighed in on the discovery by stating, “The fossil tracks capture a snapshot in time. It’s a discovery that suggests that if fossil tracks can be preserved in the sediments at Olduvai Gorge then there is potential for future discoveries of large animal or maybe even early hominin tracks or trackways in this area,” adding, “Having these artefacts is incredibly useful when studying ancient ecosystems. We know for certain that that animal was physically present in that environment at a specific time in the past.” He went on to say that the prints were incredibly well preserved as if they were made that same day.

The Olduvai Gorge is a very important site in regards to prehistoric remains that include fossilized tracks. Plint noted that fossilized footprints belonging to birds have previously been found at the site in younger rock layers, but tracks belonging to large land animals have never been discovered until now. 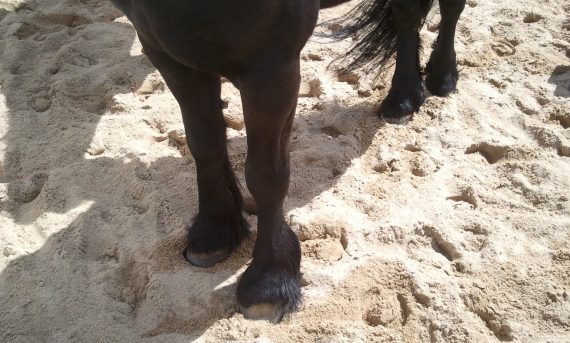 She finished off by saying, “A lot of what it known about the ancient ecosystem at Olduvai Gorge comes from fossil bones and teeth.” “Fossil footprints, or in this case, the fossil hoof-prints offer a unique window into the past. They have the potential to tell us about the behavior of the track-maker, something that is very difficult to ascertain from extinct animals.” (Their study was published in the journal Ichnos where it can be read in full.)

Pictures of the prints can be seen here.

The Mysterious Blobs of Oakville, Washington