Approximately 3,000 years ago, a man died from a shark attack in the water next to the western part of Japan and his skeletal remains have revealed almost 800 injuries that he sustained from the attack. The bones show tons of injuries spread out over his entire body despite some of his remains never being found.

The analysis of the remains is consistent with a shark attack, meaning that this would be the oldest evidence on record of such an attack on a human. The previous oldest documented shark attack was around 1,000 years after this one.

The adult male, who has been named Tsukumo No. 24, was excavated from a communal burial ground located at the Tsukumo archaeological site in Okayama prefecture. This male, who died between the years 1370 BC and 1010 BC, had 790 injuries that were documented all over his body with the majority of the damage being on his pelvis, left leg, arms, and shoulders. The injuries included punctures, cuts, deep crisscrossing gouges that showed “sharp V-shaped edges”, and fractures that were caused by blunt force trauma. The bite marks came from several directions, meaning that the shark probably kept circling and attacking the man even after his death. 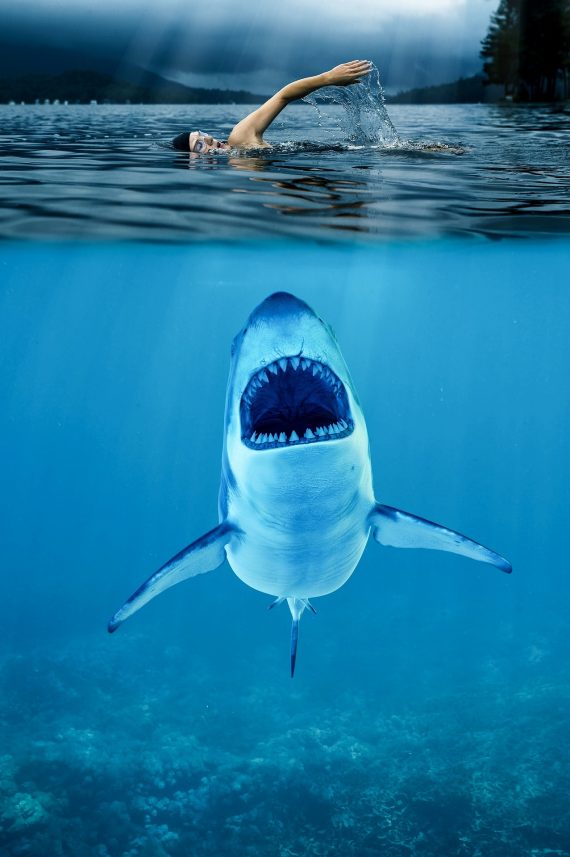 His right leg and left hand were missing. Additionally, almost all of his ribs were fractured and bitten. The authors went into further details by noting that his “...chest cavity and abdomen may have been eviscerated.”

The authors analyzed these injuries by using X-ray computed tomography (CT) and created a 3D model of the skeleton in order to map out all of his injuries that he sustained during the attack. They theorized that since he had so many injuries, he more than likely would have died while being attacked from massive blood loss as well as being in shock. Additionally, they wrote that the injuries suggested that “...the victim remained in the sea for some period of time sufficient to allow the shark to feed on the body after death.”

As for what type of shark attacked the man, it was more than likely either a tiger shark or a great white shark since they are both found in Japan’s Seto Inland Sea close to where the human remains were buried. 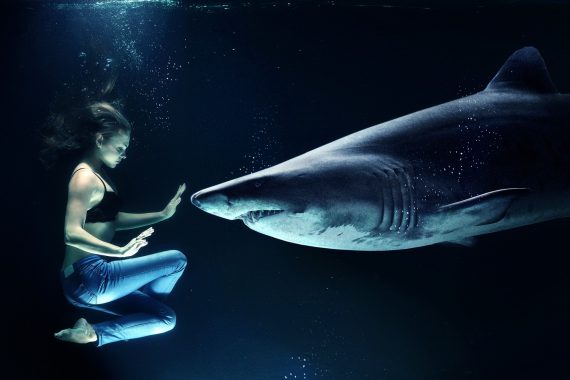 In a statement, Mark Hudson, who is an archaeologist with the Max Planck Institute for the Science of Human History in Jena, Germany, talked about the discovery by stating, “This find not only provides a new perspective on ancient Japan, but is also a rare example of archaeologists being able to reconstruct a dramatic episode in the life of a prehistoric community.” The study was published in the Journal of Archaeological Science: Reports where it can be read in full.

Pictures of the skeleton with some of his injuries can be seen here.