A Court Case and Weird Horned Aliens in the Closet

At first glance, the 2006 court case carried out by the Santa Barbara County district attorney's office in Santa Barbara, California, looks pretty mundane, for some boring even. It involved an action against the Greka Energy Corp., which is the county’s largest land-based oil and gas producer, for alleged health-and-safety violations at its refinery operations, as well as numerous environmental violations. While most of the counts in the lawsuit were eventually settled for $600,000, some stubbornly remained, and one of the key witnesses brought in was a former public safety officer with the company by the name of Gary Lowrey, who alleged that he had on numerous occasions pointed out safety violations that were ignored by his bosses. So far it just sounds like a dull, legal slog involving a big oil company and environmental concerns and safety protocols, more yawn inducing than anything else, but the eyebrows do pop up a bit when it gets to the part where Lowrey starts talking about horned aliens in his closet and visitations by alien forces terrorizing his family.

During the trial, Lowrey began to come out with some rather outlandish claims, to say the least. The claims were not made directly to the DA’s office, but were rather uncovered online, where it seems Lowrey was claiming that aliens had been regularly trespassing into his home and holding his family, his wife and kids, under siege. Lowrey claimed that bizarre horned, alien-like, vaguely insectoid entities were emerging from his closet at night to poke him and his family with needles as they slept, after which they would awaken with needle holes on their bodies,  often forming diamond-shaped patterns.  He himself stops short of labeling them as “aliens,” but is quick to point out that they are definitely not human. He would say of this to a Greka attorney, who was rather strangely none other than Bela G. Lugosi, son of the actor best known for playing Count Dracula: 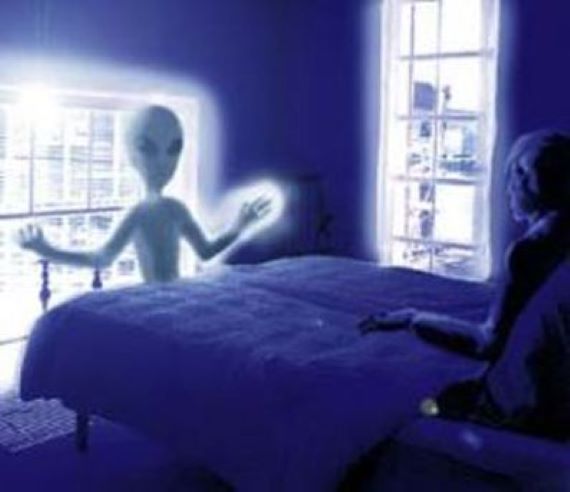 But don’t just take his word for it, as Lowrey would claim to have plenty of evidence to back his story up. In addition to recording footprints of the beasts with a sheet of aluminum foil that he had laid out, he also claimed to have found a claw from one of the creatures hanging from a towel in his closet, and even claimed to have captured video footage of them. This footage was seen by Deputy District Attorney Jerry Lulejian, who found it to be very compelling. After seeing the tapes, Lulejian would make a statement saying:

I'm going to argue in court that there is something going on in these videos that substantiates what Gary Lowrey is talking about. But I can't tell you what that is. I can't give away the juicy part. There are things that look really, really strange. It sort of put the hair on the back of my neck up when I saw them. He's shown me he's rational, he's shown me that there are things going on outside of him, and he's shown me proof that they're there. Everything he's said in his deposition so far checked to be true based on what he's said in his - or what I've seen on the videos and what's in the reports.

Images from the videos would eventually be released, but they are rather underwhelming, showing what may, kind of sort of look like a misshapen head if you squint your eyes. As to why the picture quality is so bad, one UFO researcher had this to add:

If these beings move between frames, detected on pause, on the camera as he says, they may have a sort of cloaking device, to fool our sense of vision, or their slightly out of phase with our 3-dimensions, as the camera can capture what the un-enhanced eye can't, but not being seen as continuing motion on the videocam, that is strange. A high-speed infra-red cam plus a night vision cam, and a taser to disable the being, triggered by the cameras would sent about 50,000 volts into whatever, and maybe able to capture it, as it has mass, as exhibited by the indentation of the aluminum foil where fast-walker appeared, in the closet I think he said.

Lowrey also enlisted the help of notable UFO researcher, podiatrist, and expert on alien implants, Dr. Roger Leir, who also believed his story. Amazingly, none of this seemed to disqualify Lowrey as a credible witness in the case against Greka, despite the company seeking to use his stories of aliens as a reason to discredit him and have him booted as a reliable witness in the case. Greka attorney Lugosi would lament the court’s decision to allow Lowery to continue his involvement in the case, saying:

Don't you find a witness who claims that he's being visited by aliens at night and getting punctured at night rather a whacky thing to be claiming? Obviously, credibility is important. It's not every day you have a code enforcement matter which involves aliens in the closet, mysterious claws and a podiatrist who removes alien implants. Here’s their most important witness, and the D.A. is buying into it, saying that none of this affects his credibility. We’re very surprised. Yes, there are people who believe in aliens, but we’re talking about the Santa Barbara district attorney’s office here! 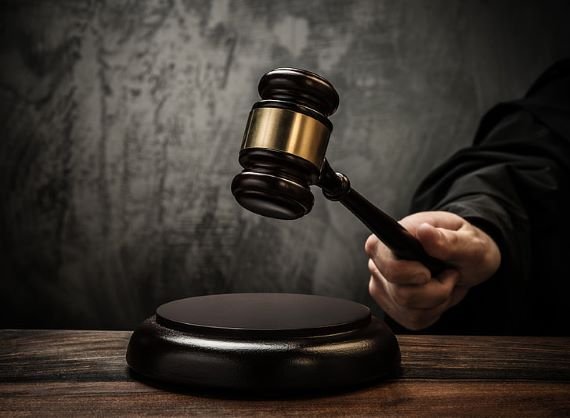 As all of this was going on, Lowrey was becoming a sort of minor celebrity in the UFO field, appearing on the paranormal radio program Coast to Coast AM with host Mike Seigel, but then he began to go silent on his story, according to some because he was being told not to speak of these things, sparking tales of conspiracies going beyond even the court case. Peter A. Gersten, Executive Director of Citizens Against UFO Secrecy, would say of it all:

Several weeks before the Bay Area Expo in August, Gary Lowrey, a Bakersfield Fire Safety Officer, contacted me after numerous failed attempts to get the attention of other well-known organizations and persons in the UFO field. After listening to his story about his ongoing encounters with strange insectoid-type creatures in his home, and based upon his possession of certain physical evidence, I agreed to represent him both as an attorney and also in a joint venture to get the truth out. Though Lowrey was forthcoming in stating that he wants to help his family financially with the information and evidence he possesses, he assured me that his primary motivation is to share his ongoing encounters with the world and hopefully learn some answers as to what he and his family are experiencing. My part of our agreement included my successful efforts to get him national attention through my organization CAUS, my workshop at the Bay Area UFO Expo, and my frequent appearances on Mike Siegel’s Coast to Coast Radio show as well as other projects and forums that were being planned.

After speaking with Lowrey over the course of several weeks, I came to believe that the Bakersfield California family represents one of the best cases of contact because of the confirmatory physical evidence, the believability of the witnesses and the continuous nature of the experiences. Unfortunately because of the greed and selfishness of several people, Lowrey is temporarily silenced and his credibility forever compromised. Last Saturday, give or take a day, Gary Lowrey, after being told by a self-styled “Hollywood producer” that there was no need for him to consult me or any other attorney, signed a contract for the exclusive print and movie rights to his story. According to Lowrey, the contract prohibits him from talking to anyone about his past and present experiences. The producer even deceptively composed an e-mail for Lowrey to send to me in which he states that he can no longer appear on Mike Siegel’s Coast to Coast radio show and if I have any questions I should consult his attorney, Mark Commerford, who I later determine is actually the producer’s attorney and not Lowrey’s. Sadly, though Lowrey appeared with me on the radio show this past Monday night, he refused to talk about his experiences, which he had originally agreed to share before the producer’s gag order.

What makes the Lowrey debacle even more unpalatable is the fact that the perpetrators of this travesty are members of the UFO community. In fact the producer is none other than Christopher Wyatt, founder, President and CEO of UFO Community.com, a company, which, as evidenced by Wyatt’s callous disregard for both the public’s right to know and the significance of Lowrey’s interaction with other life forms, is quite inappropriately named. Why Wyatt, after signing Lowrey to an exclusive contract, would want to silence him on the eve of his national coming-out-party thereby avoiding a Coast to Coast listening audience of millions and the free promotion inherent in such exposure, is very strange and suspicious. Christopher Wyatt has used the tools of deception, misrepresentation, and coercion to silence an individual who is presently interacting with a non-human form of intelligence. On Siegel’s show, Lowrey stated he was “coerced” by Wyatt into signing the contract. Wyatt has now convinced Lowrey that he has no choice but to honor their contract and that Wyatt will sue him if he shows the contract to me. I am not surprised that there are those within the UFO community who are more interested in money than in our right to know the truth. But to compromise something we all have been waiting years for, the opportunity to record and verify evidence of ongoing contact, is unconscionable and requires exposing the true nature of the beast.

Indeed, during the coming court appearances, Lowrey would freeze up and refuse to mention the aliens again, allowing the whole thing to resolve in mundane fashion. Was he silenced, and if so, by who exactly? What in the world was going on here? What are we to make of all of this? A big court case, a lawyer who is the son of the actor who played Dracula, and aliens? I seems as if it could not possibly get more absurd, and yet this all did happen and is there on the record. It is all a very bizarre case, and certainly adds some spice to the otherwise dry and humdrum business of a court case.

Porton Down: From a Secret Facility to a Crashed UFO and Dead Aliens?