A New Ghost in the Tower of London

The Tower of London dates back to 1078 CE and William the Conqueror, so it’s no surprise the building has accumulated enough ghost sightings to put it high on the list of most haunted places in England, but the latest sightings may be the strangest, funniest and least scary of the bunch. Move over Anne Boleyn, Guy Fawkes, Arbella Stuart, Jane Seymour and Grey Lady – meet Tom Houghton, the latest Tower of London ghost. Wait a minute … isn’t Tom Houghton still alive?

"So I thought I'd address this video I saw of this couple who have filmed the tower through a window. They see this ghostly figure walking - there he goes."

When does a ghost do commentary on the place it haunts? When the ghost is Tom Houghton, a comedian who actually has permission to live there, since his father is General Sir Nicholas Houghton, the former Chief of the Defence Staff of the British Armed Forces and current member of the House of Lords and Constable of the Tower of London. That gives Tom the right to rent a room in the Tower and to call himself ‘Honorable’, which may be why he  honorably came clean about a certain ghost people have been seeing in the Tower. In a TikTok video, Tom gives one  couple the identity of their ghost. 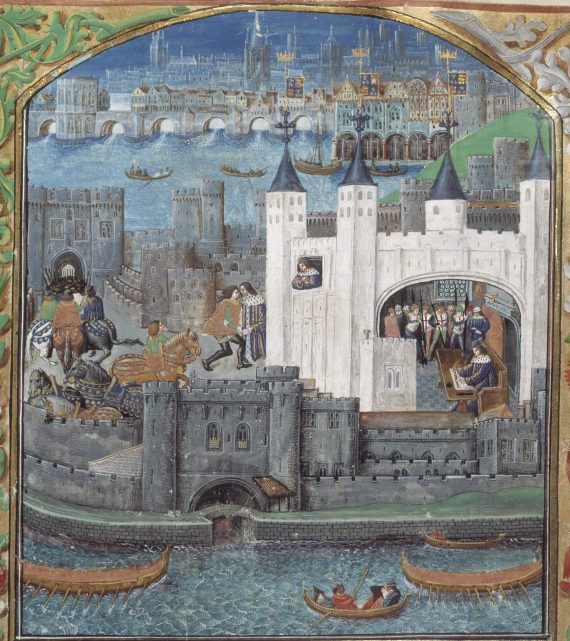 “Now they clearly filmed it down there where the entrance is and they're filming up towards the battlements here, which is suspiciously close to my bedroom. So what I think I'm trying to say is that, umm... I think I'm the ghost.”

Fortunately, Tom was covered with a towel so the other 100 residents of the Tower of London, including 37 Yeoman Warders, better known as Beefeaters, and their families will let him stay. He tells MyLondon it’s great to have a Queen's guard standing at attention outside and The Crown Jewels just 200 meters away, but he’s not sure if the actual ghosts there appreciate him taking away some of their business.

There are plenty of spirits said to haunt the Tower. Anne Boleyn has been reported at the site of her execution on Tower Green carrying her own severed head. Arbella Stuart, the cousin of Elizabeth I who starved while under arrest for marrying without royal permission, has been seen at the Queen’s House still. The Beefeaters like to scare visitors with tales of a huge ghost bear. The infamous ‘Grey Lady’ is Sybil Penn, a servant to four Tudor monarchs and wet nurse to Edward VI who nursed Elizabeth I through smallpox only to die from it herself. The Countess of Salisbury, who ran away from her executioner and was hacked to death. There are more that witnesses don’t wait around long enough to identify.

Then there the Honorable Tom Houghton, who plans to move out soon, now that the pandemic has eased. Will he return someday in spirit form? Look for the pale ghost in a towel.

The Amazing Tale of Don the Talking Dog