A Weird Vanishing and Mysterious Death in Siberia

In 2013, Colin Madsen, a 25-year-old student from Missouri, arrived in the Russian city of Irkutsk, which lies along the shores of Lake Baikal. He had come there to enroll in the Irkutsk branch of the Moscow State Linguistic University, as well as help build hiking trails around the breathtaking vistas of the area for a Russian nonprofit called The Great Baikal Trail, and he also frequently volunteered with local activists from Greenpeace. The avid outdoorsman had become infatuated with the region after studying it online, and he frequently went on hiking and camping excursions with his Russian friends through the pristine wilds here. On March 27, 2016, Colin and a group of friends had trekked out to stay at a cabin at Arshan, a popular outdoor weekend tourist destination along the banks of the Kyngarga River in eastern Siberia, from where they had been planning to head out to the nearby Sayan Mountains to take a 3.5-kilometer hike that they had meticulously mapped out and prepared for. All of them were seasoned hikers and the conditions were perfect, so when they all went to bed at 2 AM they expected that when they set off at 7 there would be no problems. However, this would be the beginning of a sinister mysterious vanishing and death that has never been solved, all surrounded by strange clues and talk of sinister conspiracies.

When the group woke up to prepare at 5 a.m. in the morning, they found that Colin was nowhere to be seen. Thinking that he had gone off to explore, they waited until their scheduled departure time at 7 a.m., but he had still not shown up. Making it all even odder was that his backpack and other items had been left behind, so he must not have planned to go far. By this time, they were all getting worried, so they searched the area and asked around at the nearby village, but no one had seen him and there was no trace of where he had gone off to.

A search party was organized to scour the area, and for 8 days nothing was found, but then a rather odd and grim discovery was made when they finally stumbled across Colin’s body in some unusual circumstances. He was found lying on his back on a patch of grass under a tree, as if he had lay down to take a nap, wearing nothing but a thermal T-shirt with sleeves rolled up and his hiking boots. His pocket contained his wallet, along with cash and his U.S. passport. Rather oddly, his boots had been untied and his socks were missing. Also strangely, his arms were outstretched off to the side and the fists clenched. It was also found that his body had some injuries indicative of being beaten, including “injuries on his hands and wrists that indicate that the victim had been held,” and his clothes were torn in places. It was really all rather strange, and his mother Dana Madsen Calcutt would say of it:

He would have never walked to a place in the pitch dark with his shoes unlaced, no socks, and when he was leaving for a climb in just a few hours that he was so excited about. He was not huddled or covered with leaves but flat on his back in grass with his sleeves pushed up, his boots unlaced, no socks on, his eyes and mouth open. He was not in snow but on the grass under a tree.

When local authorities investigated the strange death, they were eerily quick to dismiss it all as an unfortunate accident. Their conclusion was that he had frozen to death after being delirious from taking drugs, specifically an illegal cannabinoid, and wandering out into the wilderness in the middle of the night. They explained away the injuries and torn clothing as being from him running through the brush. As far as Russian authorities were concerned that was that, move along, nothing to see here, but Colin’s friends, family, and the group he had been with were immediately suspicious of this, and there would be much evidence to support that he had perhaps been brutally murdered and that it was being covered up.

The idea that Colin had frozen to death was immediately challenged by the group of hikers he had been with. They claimed that the weather had been fairly warm at the time, and that Colin’s thermal shirt should have been more than enough. He was also described as a very experienced outdoorsman who knew how to handle himself in the woods. They also claimed that Colin had not had any alcohol or drugs leading up to the hike. This is somewhat supported by the Russian autopsy and toxicology reports, which were hunted down by Calcutt and were found to be negative for anything other than a very miniscule amount of cannabis in his urine that was well below the World Anti-Doping Agency (WADA) threshold and would have been unlikely to send him into a panic or daze to go out into the woods alone. With such a small amount, it was likely he had taken the cannabis days before the incident and he would not have even been high at all. What’s more, an independent analysis carried out on Colin’s liver by the laboratory at Washington University in St. Louis found no sign of any drugs whatsoever. Members of the group he had been with were tested, and they came back negative for drugs, including cannabis. So why had authorities played up the drug angle so much? 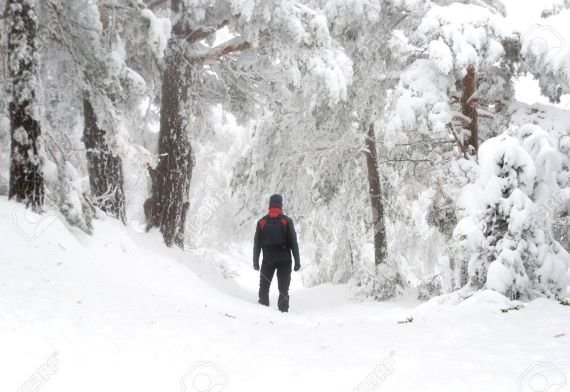 Independent analysis of Colin’s wounds carried out by his family also showed that the injuries were suspicious, “not explained by running through the woods,” and that there was strong evidence that he “was physically abused and died in the process.” Other sinister clues were found as well during Colin’s family’s independent investigation as well. For instance, it was found that he had likely not died in that spot, and that he had been alive for at least several days after his disappearance, based on the clenching of the fists and the lack of any scavenger activity on the body. One forensic expert would say of this:

After eight days, one would expect this (the clenching) to be absent, it is very unlikely the victim was lying in the forest for eight days. It is unlikely that the victim died on the location where he was found.

In addition to all of this, some other ominous details were dug up pointing to some sort of cover-up. It would turn out that Colin had received warnings from authorities in Irkutsk in relation to several protests he had joined with Greenpeace in the area. In some reports from locals, the police had on occasion been downright hostile towards him, including an officer who had allegedly yelled and spat at him after groundlessly accusing him of being gay and having a sexual orgy. Additionally, two of Colin’s hiking companions would later claim that police had at first tried to coerce a murder confession out of them, trying to force them to admit to having beat him to death in a fight and dumping his body in the wilderness. All of this has led Colin’s mother to come to the conclusion, “I think something happened, and they didn’t want it to appear that an American had been murdered in Russia.” In the meantime, Russian authorities have considered the case closed, refusing to answer any further enquiries by the family or American authorities and leading his family to seek more support from the government to get the mysterious case reopened. Lawyer Ivan Pavlov, who represents Madsen’s mother, has said:

We contend that the investigation’s findings of Madsen’s nonviolent death are not based on factual circumstances. We believe the decision to dismiss the criminal case to be illegal, unfounded and subject to repeal.

At the moment, the case has come to a standstill, and the real answers remain murky to the many questions and weird clues that surround it all. Why did he just go wandering away from his camp in the middle of the night without any gear? How did he end up in that grass and how did he die? Why were his socks missing and how could he have been alive for a few days only to perish without finding his way back to camp? What do the Russian authorities know? Just what is going on here? It is a rather strange wilderness vanishing and death that seems to be cloaked in mysteries that we will probably never penetrate, leaving it all a perplexing oddity and enigma.

Roswell: When Even the Government Can’t Figure Out the Truth