Ancient Amulet for Protection Against ‘Evil Eye’ Found in Israel

Ancient amulets generally fall into two categories – those that protect against evil spirits and those that call them. The trick for archeologists is figuring out what kind you have before you find out the hard way. Fortunately for archeologists at the Israel Antiquities Authority (IAA), the 1,500-year-old amulet given to them by the family of the person who found it 40 years ago is one of the good kind.

“This group of amulets is sometimes called ‘Solomon’s Seal,’ and the rider is depicted overcoming the evil spirit – in this case, a female identified with the mythological figure Gello/Gyllou, who threatens women and children and is associated with the evil eye. The eye on the reverse is identifiable as the evil eye, being attacked and vanquished by various means. The amulet was therefore probably used to guard against the evil eye, possibly to protect women and children.”

Dr. Eitan Klein, deputy director of the IAA’s Antiquities Theft Prevention Unit, said in a press release that the amulet was found 40 years ago in the village of Arbel in northern Israel on Mount Arbel near the Sea of Galilee (Arbel was established in 1949 by demobilized soldiers on the lands of the depopulated after the 1948 Arab–Israeli War) by one of its first residents, the late Tova Haviv. It was a member of his family who “demonstrated good citizenship” and turned over the amulet to the IAA.

The amulet or pendant (pictures of both sides here) is triangular, with the one side depicting a horse rider with a halo throwing a sphere at a female figure on the ground, surrounded by an inscription in Greek reading: “The One God who Conquers Evil.” Under the horse are the Greek letters I A W O appear, the equivalent of the Hebrew name of Y-H-W-H. The opposite side has an eye stabbed with arrows and surrounded by two lions, a snake, a scorpion and a bird. Its Greek inscription (E. I. S. Th. S.) means “One God.” Dr. Klein believes the pendant was probably produced in Galilee or Lebanon. However, one other thing makes this amulet truly a unique find. 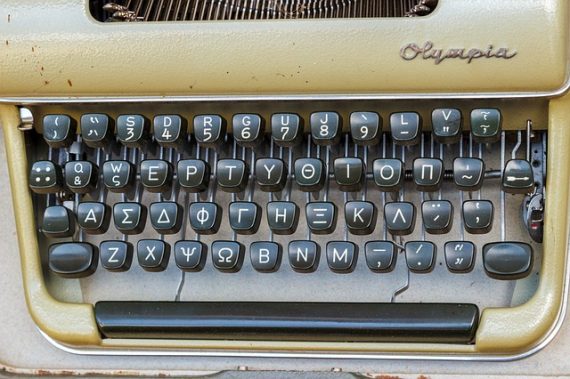 “Although scholars generally identify the wearers of such amulets as Christians or gnostics, the fact that the amulet was found within a Jewish settlement containing a synagogue in the fifth-sixth centuries CE may indicate that even Jews of the period wore amulets of this type for protection against the evil eye and demons.”

In a unique mix of protection against the evil eye of envy and a Greek mythological female demon combined with the name of the God of Israel in Greek, this amulet blows away commonly held beliefs about the practices of the Jews in the 5th and 6th centuries CE.

This is truly a monumental discovery. Let’s hope the politics and religious differences of today don’t shut down the past which can teach us so much about how we got here – and perhaps where we can get more amulets to protect us.

UFO Abductions, Psychic Powers, and the Boy Who Channeled Aliens