An Egyptian farmer who was working on land unearthed a 2,700-year-old stone tablet. The tablet, which was made of sandstone and dates back to approximately 600 BC during the 26th Dynasty of Egypt (between 664 and 525 BC), contains hieroglyphs as well as a royal symbol.

The farmer was clearing the land in order to plant crops when the stela monument was unearthed on June 3rd in the Ismailia Governorate of Egypt – “stela” is Latin for a stone slab that looks like a gravestone and contains ornamentation or text that represent a message that needs to be passed on. As soon as the farmer unearthed the stela, the Tourism and Antiquities Police were called in to investigate the monument.

In addition to looking like a gravestone, Mostafa Waziry, who is the Secretary-General of the Supreme Council of Antiquities, described the stela as measuring 90 inches long by 40 inches wide and 17 inches thick. There is a winged sun symbol on the arch of the monument that represents divinity, royalty, and power during the ancient Egyptian times. A cartouche of the 4th king of the 26th dynasty, pharaoh Wahibre (also known as Apries who ruled Egypt between 589 and 570 BC), was also found on the monument and 15 hieroglyphic lines that were engraved into the stela.

It is believed that the stela was erected by Apries during the time when he brought his armies to the East. The monument was taken to The Museum of Antiquities in Ismailia where it is now being studied. Pictures of the ancient Egyptian tablet can be seen here.

This is just one of the several recent stories of people planting or farming who have unearthed ancient artifacts. On May 7th, a woman in London, Ontario, Canada, was gardening when she found two ancient arrowheads that date back between 800 and 400 BC. One of the arrowheads contained side notches that were connected to the Early Woodland Meadowood culture while the other one was shaped like a Christmas tree and linked to the Great Lakes region. 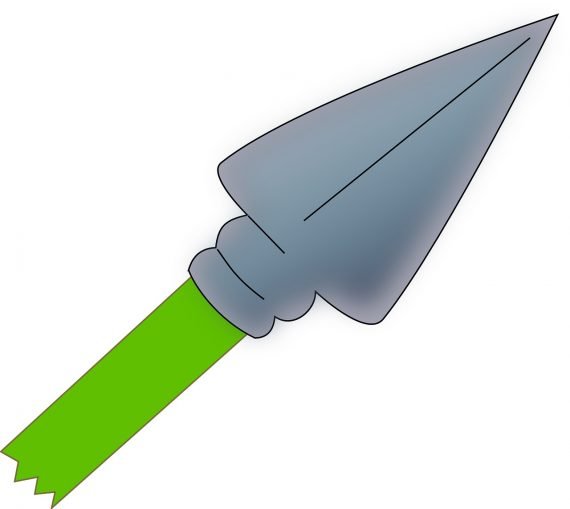 Then a woman in Monroe, Connecticut, was planting dahlias in her backyard when she found an arrowhead that dates back between 1,200 and 2,700 years ago that was associated with the Adena culture.

With that being said, those who enjoy gardening or farming may want to pay extra attention to the ground as they may also find ancient artifacts like arrowheads or even a monument.