Bizarre UFO Encounters Along the Roads of South Australia

For whatever reasons, some places seem to draw to them more UFO activity than others. These places log in more sightings than other places, often by a fair margin, and it is not easy to ascertain just exactly why that should be. One place that is perhaps little known to the outside world as a UFO hotspot is the wilds of South Australia, consisting of largely of sparsely inhabited arid and semi-arid rangelands, with several low mountain ranges. It is a wild, remote place in many areas, and it is here where the dark rural roads that meander through the outback have long been seemingly plagued by UFOs.

Our earliest report here comes from the files of UFO Research South Australia (UFORSA), in the year 1955, near the town of Tintinara. On April 22 of that year, a young, unnamed man was driving along a dusty rural road at around 7:45 a.m. when he was startled to see something hover across the road in front of him. He would describe it as a “three metre diameter silvery sphere, surrounded by a flange,” with a total diameter of around 10 meters. According to the witness there were no external portholes or markings, the entire thing completely smooth and metallic. The object crossed over the road, hovering about 1 meter above it, after which it circled around and crossed behind the vehicle before taking a parallel course beside it, matching the speed of the astonished man’s car. The mysterious object reportedly followed him for about 25 kilometers before it either lost interest or found something better to do, launching straight up into the sky at phenomenal speeds. 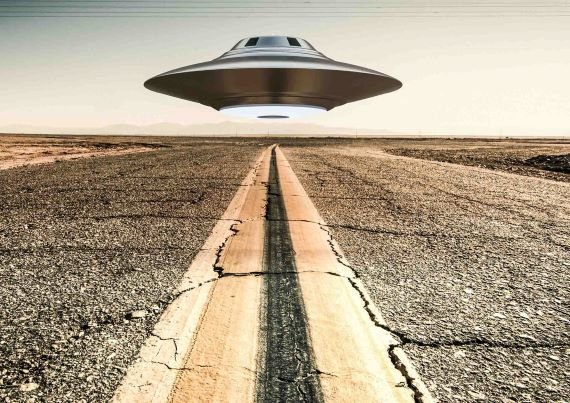 Continuing into the 50s, according to a report in the Adelaide “Advertiser, on March 13, 1959, two men were in a truck near a place called Purnong Landing when they crested a hill and were astounded to see a “dome illuminated by colored lights,” measuring around 10 meters in diameter. They were so in awe of the object that they stopped the truck to watch it. The object eerily hung there in one place, flashing through a pattern of alternating hypnotic sequences of different colored lights, before it without warning went completely dark. The men approached out of curiosity, the thing now just a black, indefinable shape, but it then sped off silently without illuminating again. In that same month, on March 31, witness Barry Neale was driving near Port Elliott when he passed a strange object resting about 100 meters off the road, which he described as 2 meters wide and looking like a “a glowing reddish orange object with a row of portholes.” Neale drove off onto a dirt side road through the trees to try and get closer, but the object then took off at an incredibly high speed.

Moving into the 1960s, there are several notable reports. On May 19, 1963, a 17-year-old local mechanic was driving home near Mount Gambier and noticed a strange metallic object travelling along near the road. As he approached it, the object allegedly flashed him with a blinding light before hovering directly above his vehicle. At this point he could see that it was oval-shaped, about 6 meters long, and with an array of lights as bright as "the arc lights in electric welding." It apparently followed him for several miles before drifting off into the distance. The very next day there was another report from the same general vicinity, this time given by a witness who says he was followed for 3 miles along a desolate stretch of barren road by a mysterious silent object that was “bright red/white and shaped like a bull-dozer.” The object apparently only flew off when another car appeared coming the opposite direction. The following month, on July 28, 1963, a witness was near a place called Sandy Creek, making his way towards the town of Gawler when he was forced to slam his brakes when he almost collided with a “blood-red colored object extending across the roadway” as he rounded a bend. The object had a concave top and a flat base, the whole of it bathed in that eerie red glow. It then ascended, the color of its light changing to yellow as it did, then turned on its side and flew off, streaming a trail of vapor behind it. 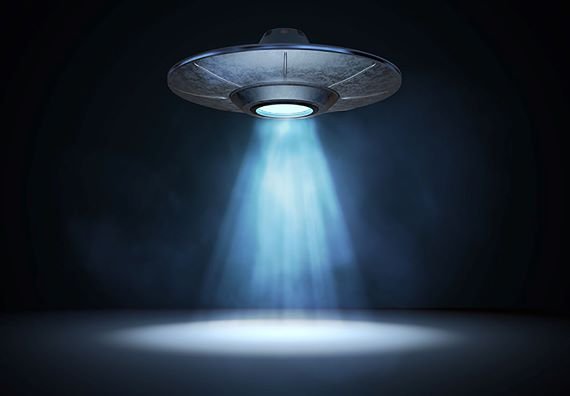 In July of 1967, a witness was driving near Murray Bridge on his way to Karoonda through thick fog when his radio began to go haywire, distorting and morphing until it became an ear-piercing, high pitched whine, causing him to turn it off. Shortly after this, his engine died for no apparent reason and a warning light came on telling him his key was not in the ignition, even though it was. As the car rolled to a stop he noticed a patch of fog suddenly clear to reveal a “large dark shadow” about 120 feet wide and with a greyish-blue glow above it hovering 20 feet above the road. As he looked on in amazement, the hole in the fog suddenly closed again, making it appear as if the enigmatic object had just vanished into thin air. As soon as it was gone, his car jumped back to life and the radio worked normally.

In the 1970s we have first a report of a Mr. Boyce, who on August 8, 1971 was on his way from the town of Wallaroo to Kadina when he was bathed in an orange glow as his car died. He guided the powerless car to the side of the road and got out of the vehicle to see “an oval shape with three to four windows” hovering almost directly over his car and emitting a low buzzing noise. It allegedly hovered there motionless and silent for around 3 minutes before moving off out of sight, his car coming back on when it did. 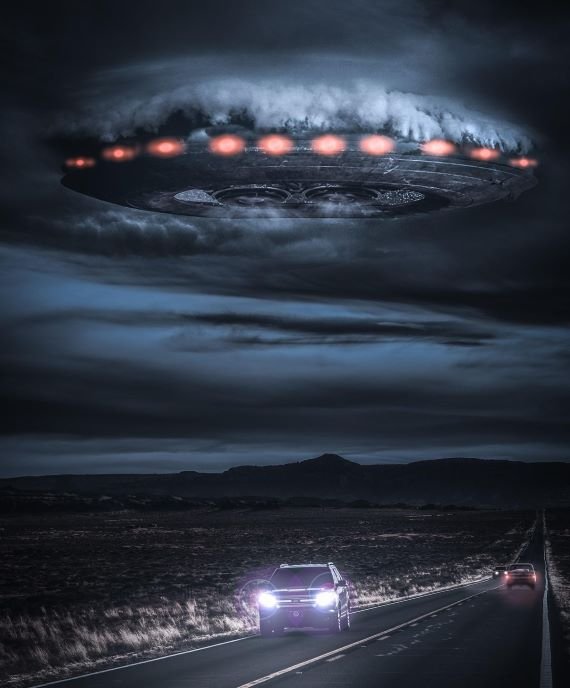 In February of 1972, a witness named Hunt was driving outside the town of Kimba with a passenger called Finkler, when Hunt saw a “red and orange rectangle of light” hovering nearby about 3 feet over the ground. In this case he could allegedly see the occupant of the craft within the light, which appeared to be a 6-foot-tall humanoid decked out in “a white space suit with a mask over the head and face.” Hunt woke his passenger, who had been sleeping, who also saw it, and they reported it to police. Authorities would then find out that two other independent witnesses had reported seeing the orange light in the same location within a 15-minute period, although no one else reported the alien figure. In February of 1974 there was another sighting of a humanoid being in conjunction with a UFO in the same area, when four people in three separate vehicles saw an orange lighted rectangular object sitting in a clearing off the road. There was also allegedly seen a “two-meter-tall ‘man’ in a white space-suit” hovering within the rectangular light like an insect in amber.

In the 1980s we have the strange case of two young men only known as “Messrs P.” and “J”, who were driving outside of Port Lincoln when they saw an odd bright light in the sky. After that they apparently drove into a “white endless space,” after which they woke up in their car on the dark road several hours later with no memory of what had happened after entering that white landscape. Under hypnosis they would recall fragments of walking into a big room and a tall, humanoid figure, but nothing else could be dredged up from their subconscious. Perhaps the most famous case of all occurred on January 20 of 1988, in the barren badlands of the remote Nullarbor Plain. In the early morning hours, the Knowles family was travelling from Perth to Melbourne when they were aggressively chased by a glowing object "like a big ball" that would reportedly terrorize them for the next 90 minutes. At one point, the object landed right on top of their car to spew smoke into their windows before picking the vehicle clear up into the air. They then felt the car shake violently and noticed that their screams of terror were distorted and slowed down as if they were in some sort of time warp, after which they were dropped so hard back onto the road that one of their tires burst. They ended up running into some brush to hide until the marauding UFO went away. Police would later examine the car to find it scratched and dented, but no radiation or any other evidence of the bizarre encounter could be found.

These are just some of the many other UFO reports from the remote and desolate roads that meander through South Australia, and indeed the region in general has gathered about itself a reputation as a UFO mecca. Why should this be? What is it about this place that should attract so many such stories? Is it something about the land itself? There have been theories that this place lies upon some sort of earth energy line, or that it possesses certain geographical features that may attract such strange forces, so could that be it? Why are they so keen to patrol the roadways here and terrorize vehicles? No one really knows, and South Australia remains a pretty active and strange UFO hotspot, where it might be best to keep your eyes to the sky the next time you are driving through.

Bigfoot, Black-Eyed Kids, Dog-Men and Aliens: Are They All Tulpas?