Black Magic and the Strange Story of La Voisin, The Poisoner of Paris

Some dark histories have humble beginnings. Born in 1640, Catherine Deshayes, the wife of a Parisian jeweler and silk merchant named Antoine Monvoisin, who had a shop at Pont-Marie, in Paris, France. Things went well for a while, mundane even, until her husband’s business floundered and went under in the 1660s, leaving them to scramble for a way to make ends meet. This would mark the beginning of the strangeness. Catherine turned to fortune telling, in particular palm reading and physiognomy, or face reading, but she would turn to darker side jobs as well. One of these was as helping to provide illicit abortions, which were highly illegal at the time but extremely lucrative. She would manage to snag clientele for her abortion business from wealthy members of the French aristocracy, and this carried over to her fortune telling, as her connections brought in customers from the social elite of Paris. Before long, she was crafting magical objects and amulets to sell, as well as purported love potions and aphrodisiacs, also hiring herself out as a witch and sorceress to cast spells for money, and her wealth and fame really began to take off. She would then go on to become embroiled in tales of witchcraft, black magic, Satan worship, and known as the leader of an evil cabal of witches, sorcerers, and alchemists intent on spreading mayhem.

Rich off her fortune telling and magic business, Catherine would hold massive lavish parties for the high society elite, and in the meantime she was rumored to be very promiscuous and unfaithful to her husband and six children. She also began to dabble in darker magical practices. One of these were the “black masses" she would hold for her wealthy clientele. During these rituals, she would allegedly conjure up Satan himself in order to grant wishes. These black masses were purportedly very spooky and grim affairs, often involving the use of animal sacrifice and according to some rumors the actual sacrifice of babies. As her list of connections grew, she began to branch out into poisons, which she would sell to people who wanted someone dead, and which would eventually earn her the nickname of La Voisin, or “The Poisoner.” 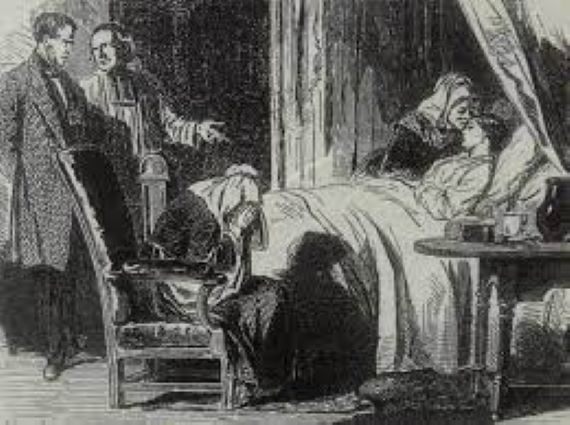 Catherine went about collecting a network of professional poisoners and chemist to help her with this grim business of selling poisons, and she was also allegedly commissioned to do the poisoning herself on occasion. Indeed, at one point one of her lovers, the alchemist Adam Lesage, almost talked La Voisin into murdering her own husband, although she later backed out of it. It is said that throughout her career she may have been responsible for up to 2,500 deaths due to her poisoning campaign, but for years she was such a high profile socialite and so beloved by the aristocracy that with this and her sheer charm no one ever suspected her. However, La Voisin’s downfall was approaching.

It began with a client of hers named Madame de Montespan, who allegedly became official royal mistress to King Louis XIV of France after having Catherine hold a black mass for her to win his love and attention. Montespan then used love potions to keep him interested in her, but the King eventually became bored and dumped her anyway, going off to be with a woman named Angelique de Fontagnes. The spurned Montespan did not take it well at all, going to La Voisin in order to purchase poison to kill both the King and his new lover. In 1679, La Voisin came up with an ingenious plan in which a petition would be coated in poison that could be absorbed through the skin, which would then be passed to the King by an accomplice. Unfortunately, the plan did not succeed because the king was not accepting petitions that day, and things quickly went downhill from there, when two associates of La Voisin, the fortune tellers and poisoners Marie Bosse and Marie Vigoreaux, were arrested by police suspicious that there was a poisoning ring going on in Paris, made more urgent in that the King’s sister sister-in-law, the duchesse d'Orléans, was believed to have been killed by poison. Bosse would end up caving in under interrogation to point the finger at Catherine “La Voisin,” and she was swiftly arrested, followed by many of her network of associates, including her own daughter, Marguerite Monvoisin. 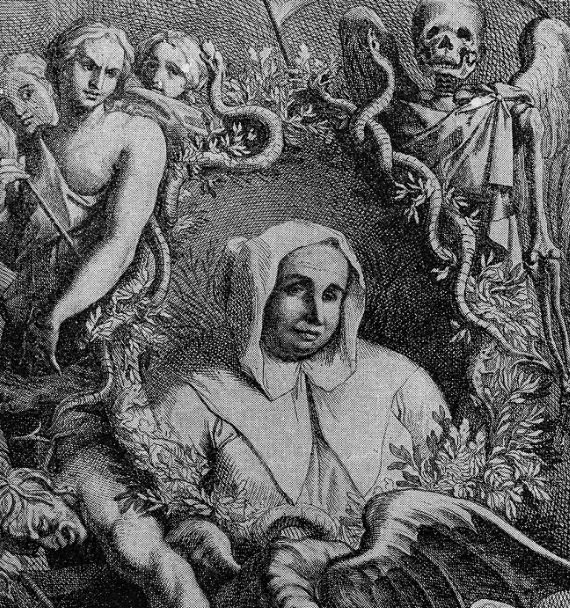 Things looked worse and worse for Catherine as many of her associates were coerced into giving up very incriminating information related to the mass poisonings and black magic, which made what was being known as the The Affair of the Poisons or L’Affaire des Poisons even more scandalous and shocking. La Voisin herself would name some very high level members of society as clients, leading to many prominent aristocrats being imprisoned, exiled or arrested, which made it even more shocking still, and the whole thing was a major media circus at the time. The fear that she would give up such high society people and important politicians and members of nobility as being connected to her crimes was probably one reason she was never tortured, although the order had been given that torture could be used. Further interrogation did not turn up much, with La Voisin refusing to reveal her closest associates and denying that she even knew Montespan at all. She also denied having made any poisons, as well as denying the abortions she had carried out and the charges that she had burned and buried the fetuses in her garden.

During her trial, much evidence was presented against La Voisin, including various vials, vats, jugs, jars, packets, crystals, potions, and cauldrons, as well as all kinds of witchcraft and magic paraphernalia found in her possession, so while she managed to escape the charges of poisoning and murder, she was inevitably charged with witchcraft. This was an era that took sorcery and witchcraft very seriously, and the punishment would be severe. On February 22, 1680, La Voisin was burned at the stake in public on the Place de Grève in Paris, allegedly defiant to the end, lashing out at the priest and kicking at the hay being piled up around her. Rather curiously, the one to light the fire would be one of her many former lovers, the executioner Andre Guillaume. Not long after the execution the whole thing would become even more scandalous when her daughter Marguerite came forward with the stories of black masses and the plan to assassinate King Louis XIV. It made the charges against La Voisin even more damning, although she was already too dead to be punished again. What was the extent of her role in this? Was she ever capable of any of the remarkable abilities she claimed to have? Whatever the case may be, La Voisin and the whole incident surrounding her has gone on to become a great mystery and conspiracy in French history.

Strange Storms & Weird Weather: From the Paranormal to Government Experiments