Close Encounters of the Hairless Kind: When Aliens Try to Look Like Us

Quite possibly, that's the strangest title I've ever come up with for an article! And it gets even stranger. In issue 187 of Fortean Times magazine, writer Mark Pilkington did a review of the FortNite 2004 gig. Pilkington highlighted certain material that was disclosed at the gig by the now late Budd Hopkins, the author of Missing Time: "…in order to better blend in with us humans, the Greys have taken to wearing wigs and sunglasses…the aliens are also experimenting with growing hair on the heads of their genetic hybrid grey-human creations…they're also developing pupils to get around those giveaway wraparound black eyes." Yes, it sounds totally bizarre. It should be noted, though, that there are numerous stories of mysterious, alleged alien entities who wear wigs to hide their true, hairless appearances. By now, you're probably thinking "WTF???" And I certainly can't blame anyone for that. Now, let's get to the cases. Gloria is an elderly woman who lives in Decatur, Texas and who I met with on the afternoon of the 22nd. I decided to make the approximately 110-mile-roundtrip, after hearing a bit of her story down the phone the previous evening. I set off early, wondering, as I always do, what exactly I might be in for. It was a typical November day in Texas when I hit the road. It could have been a less than extraordinary experience – as is sometimes the case. But, not this time. On this occasion, the trip was well worth it.

I arrived at an old house – probably dating from the 1940s, and which was well kept and that had a welcoming porch, on which were a couple of chairs. I knocked the door and in just a few seconds it opened. In front of me was Gloria, a white-haired lady who smiled broadly. At least, her experience wasn’t affecting her character, I thought. She invited me in and I sat down, as a couple of caged canaries bid me welcome. At least, I think that’s what they did. On July 19, 2012, Gloria told me – as we drank coffee and ate homemade lemon cake in her living-room – she briefly saw what can only be accurately described as a flying saucer, which hovered over her home as she sat in her backyard, reading a book and with her two dogs for company. In fact, it was the barking of both dogs - which stared intently and rigidly at the sky - that alerted Gloria to the presence of the weird craft. It didn’t stay around for long, however. It was a case of here one second and gone the next second. But that was not all. The next afternoon, that of the 20th, there was a knock at the door. It was a pale-faced, thin woman of about thirty, wearing a long black wig and dressed in a black jacket, a white blouse, and a flowing, black skirt. And then there were the huge sunglasses. And the Woman in Black smelled of dirt – something I have heard before. Gloria felt deeply uncomfortable as, upon opening the door, the Woman in Black proceeded to warn her not to talk about the UFO she had encountered the previous day, due to the claim that “the government is concerned.” Concerned about what was never explained. The Woman in Black quickly exited the scene. 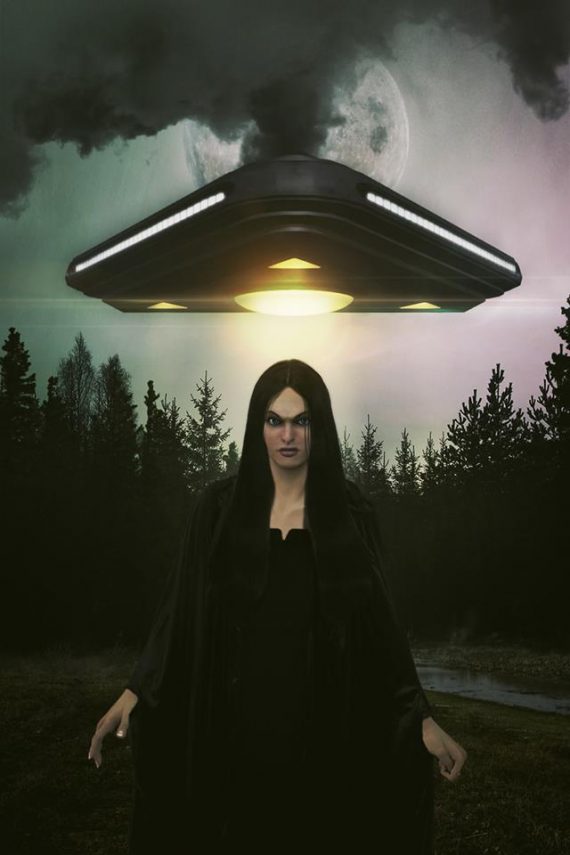 Karen Totten is an artist and sculptor who has had a wealth of anomalous experiences throughout her life, one of which was with an entity that falls definitively into the Woman in Black category. She says: "…when I was 17 I was working in a small convenience store, when a woman came in to buy cigarettes. At first I didn’t pay any attention to her until I saw her hand (when she handed me the money) - it was not like a normal human hand. This startled me so I looked up and saw a very pale entity, wearing a thin black coat (like a rain coat) with collar turned up to cover her neck, a heavy long haired wig, and very large black glasses. This did not entirely hide her strange face: a very pointed chin, scant lip and nose. She did not speak. Took her cigarettes and left! I was kinda stunned." No doubt!

The following account, sent to me by a Facebook friend, is without doubt one of the most disturbing and chilling stories I have on record; and I don’t make such a statement lightly. The source – who prefers the term "A Hesitant Believer" – says of an experience which occurred in late 2008: "I worked as a bar manager at a sports bar in Tampa, Florida, and at 2:00 AM I cashed out the servers and sent them home and closed down the kitchen. The bar itself closed at 3:00 AM, but my last few barflies stumbled out before 2:30. I closed out the credit cards, counted the register, abused my free credits on the jukebox, and sat down to wait out the clock. At about ten minutes to three a couple walked in. I told them it was last call and cash only at this point, and locked the doors behind them, not even really paying attention to them (rude, I know, but after 12 hours, give me a break). When I did notice them, I began to feel uneasy. 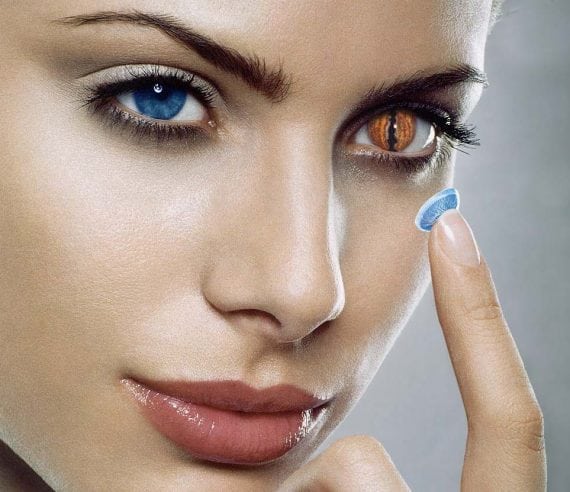 "Neither one of them sat down on the stools in front of the bar. They each ordered a non-alcoholic beer, and then just stood there holding their drinks, about two stools apart. Then I noticed how they were dressed. I dress in a ‘goth’ style and prefer black, but these two were definitely not goths, despite the (almost) all-black attire. The man, who appeared older than the woman, maybe about 40-ish, wore a black double-breasted suit of an outdated cut. I’d say maybe 1950’s style, with a rumpled black shirt and a crooked black tie. I’d say he was about 5’9 with a thin build. He had incredibly pale skin that showed blue veins underneath (I had turned on all of the house lights by this point, so they stood out in stark contrast), a very high forehead, prominent cheekbones, and deep-set, large, brilliant blue eyes, possibly the most vibrant blue I have ever seen. He had thin, dry, unhealthy-looking silvery-grey hair pulled back in a ponytail, with seemingly random dark brown patches in it, as if he gave a half-assed attempt to dye it and gave up halfway through the process.

"The woman, who was about 5’6, emaciated, and looked about mid-20s, wore a black evening gown with elbow-length satin gloves and had a clashing bright green knit shawl around her shoulders. She had a short bob haircut with bangs, though it really looked like a poorly cared-for wig. She had the same high forehead, cheekbones, and blue eyes as her partner, although her eyes were more narrow and slightly slanted. Neither one had eyebrows." As they were leaving, the pair gave “A Hesitant Believer” very disturbing grins. Is it really possible that we have among us strange, unearthly creatures that look somewhat like us, but who need a bit of "camouflage" to make them look "more human"?

UFO or Something Else? A Mysterious Meteorological Event in the UK