With a June 25 deadline, the Pentagon has just one more week to release its report on unidentified aerial phenomena, but the U.S. House Intelligence Committee received a detailed briefing on June 16 by Navy and FBI Personnel, and many of the members expressed concern – not only that it doesn’t reveal enough but also but that there is a real unease about things that can’t be explained. Rep. Tim Burchett of Tennessee told a TMZ reporter before the briefing that "Clearly, something's going on that we can't handle." Specifically:

“It has to be something that is out of our galaxy, it just has to be if it in fact is real.”

“I think Roswell was covered up.” 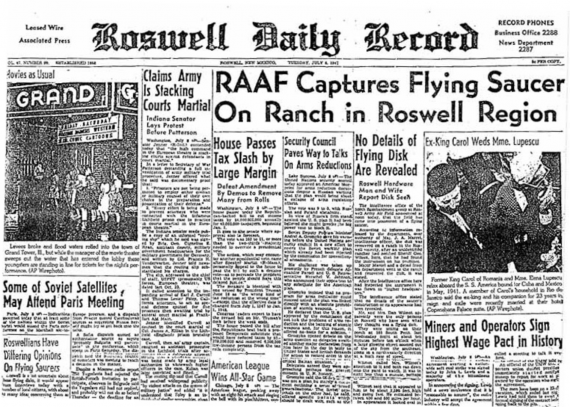 Burchett also referenced what he said (and many agree with) were UFO references in the bible, particularly in the book of Ezekiel. Rep. Adam Schiff of California, the committee chairman, said in The New York Post that the briefing was “interesting” and he “did learn things that were certainly new to me,” but wouldn’t give any details. Rep. Mike Quigley of Illinois said was glad the "stigma is gone" from UFO discussions and “the fact that they are taking this sort of thing seriously for the first time, I think, is important.” If one needs more proof this briefing was considered important, look no further than the fact it was held inside a SCIF, or “sensitive compartmented information facility.”

"Everyone who's paid enough attention to it understands they need to take it seriously. But once you go beyond that circle, you get people who are understandably resistant because of the tinfoil hat stigma. If [these objects] had the flag of Russia on the side, we wouldn't be having this conversation. Every one of these would be reported; everyone would be on top of it."

Burchett said there was no way the UAPs seen by Navy personnel were Russian, as did former deputy defense secretary David Norquist, who set up a task force in 2020 to investigate UAPs but was not part of the briefing. He told CNN the “tinfoil hat” skeptics may have prevented more from being revealed. Which side is President Biden on? Burchett told TMZ he didn’t think Biden brought it up with Vladimir Putin in their summit in Geneva – which coincidentally occurred at about the same time as the briefing.

“If the Russians had UFO technology, I mean, they would own us right now, they used to say that they’ve heard people talk about how the Nazis had it in the second world war that they did, they would have won. That is ridiculous.”

A discussion of who owns UFOs between two world leaders is “ridiculous”? No wonder Burchett thinks they’re from “out of our galaxy.”

If there’s one positive takeaway from the briefing, it’s that there really is a Pentagon report on UAPs and all signs indicate it wall be released soon. Congress members are concerned. The suspense is becoming unbearable. Let’s hope these are signs it will be worth the wait.

The Strange Mystery of the Scandinavian Ghost Rockets of 1946