Evidence of Exotic Technology, or “Nothing to See Here”? Little Has Changed About Our Assessment of UFOs

In recent days, it was reported that the Navy’s UAP Task Force has concluded that no evidence it has examined related to unidentified aerial phenomena points to evidence of extraterrestrial spacecraft, according to a recent New York Times article that cited American intelligence officials who had been briefed on the report’s findings.

Notably, Julian Barnes and NYT Pentagon correspondent Helene Cooper reported that despite finding no conclusive links to alien spacecraft, senior officials said that the task force “still cannot explain the unusual movements that have mystified scientists and the military,” and that many of the unusual aerial objects observed by Navy pilots and other members of the armed forces could not be attributed to technologies currently in use by the United States.

The report does not rule out the possibility that some of the 120 incidents the UAP Task Force examined could be linked to technologies developed by Russia or China, and notably, “could not definitively rule out theories that the phenomena observed by military pilots might be alien spacecraft.”

The idea that some unidentified aerial phenomena might represent a form of exotic technology has been with us for decades, at the very least. Despite the fact that, to date, no conclusive evidence in support of this possibility has surfaced, the current assessments of the UAP Task Force recently conveyed to the New York Times are by no means the first time that the U.S. military has left open the possibility that some phenomena observed by our military could have otherworldly origins.

The controversy surrounding the origin of these objects coincided with the U.S. Air Force’s earliest inquiries into what had been first called “flying saucers,” following a June 1947 sighting of a group of objects flying in formation near Mount Rainier, Washington by pilot Kenneth Arnold.

These sighting reports and the concern that they generated resulted in numerous programs and studies, which began with Projects Sign, Grudge, and Blue Book, in addition to other reports and investigations aimed at assessing whether there was anything to be made of the claims of unidentified flying objects (or UFOs, as Blue Book’s first director Edward Ruppelt dubbed them).

Project Sign began at the end of 1947 and concluded the following year with an “Estimate of the Situation” that determined UFOs could not be attributed to US or Soviet technologies, advising the Pentagon that the objects may be of extraterrestrial origin. This conclusion would appear to be the first time that a branch of the U.S. military has considered whether UFOs might have extraterrestrial origins. However, the explanation was deemed unacceptable, resulting in the end of Project Sign, and the launch of the appropriately named Project Grudge in late 1948. It was dissolved too, like its predecessor, in 1951 making way for Project Blue Book, which would continue for most of the next two decades. During the 1950s and 60s, the USAF gathered countless reports on UFOs, and several notable reports and studies were conducted during this period, which included the famous Project Blue Book Special Report 14. However, the Blue Book era ended with Edward U. Condon’s Colorado University UFO project, which argued that there was no scientific merit to UFO studies (despite being unable to discount every UFO case in the Blue Book files). 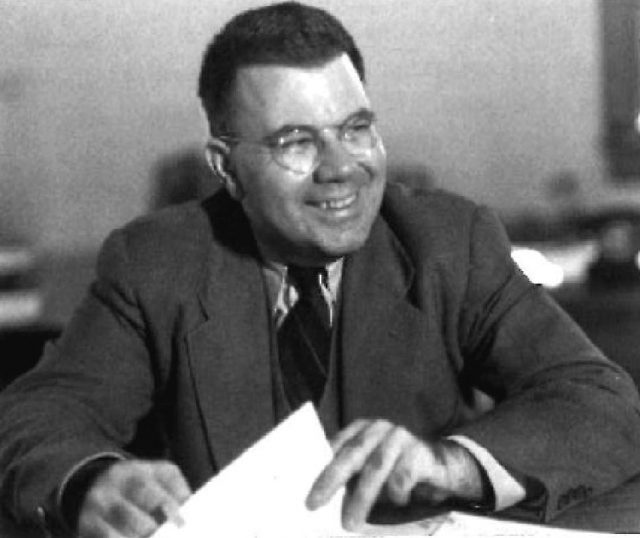 “On the basis of present knowledge,” the Condon Committee’s report stated, “the least likely explanation of UFOs is the hypothesis of extraterrestrial visitations by intelligent beings.”

While the Air Force disclosed much of the information that it gathered about UFOs (with a few notable exceptions), it would be decades before the American public would begin to learn to what extent U.S. intelligence agencies like the CIA and the FBI had also taken interest in UFOs, albeit more quietly.

“In the middle 60s… the FBI responded to a simple request for information that the FBI is not and has never been involved with [UFOs],” says Bruce Maccabee, Ph.D., an optical physicist and researcher who spent decades studying UFO reports and appealing to agencies like the FBI and CIA for information on the subject. “Which, of course, is a lie, but as far as they were concerned it didn’t make any difference; they weren’t going to go public saying anything anyway, so that’s a pretty good clue that they’d want to cover it up.”

“As far as the CIA is concerned,” Maccabee says, “the CIA decided to do an investigation of Project Blue Book people, to see how the situation on Flying Saucers was. And this happened just after [Chief Major General John] Samford’s press conference in July of 1952, which is sort of a novel thing to contemplate.”

“CIA closely monitored the Air Force effort, aware of the mounting number of sightings and increasingly concerned that UFOs might pose a potential security threat,” wrote CIA historian Gerald K. Haines in his article “CIA's role in the study of UFOs, 1947–90: A die‐hard issue,” published in Volume 14 of the CIA’s in-house publication, Intelligence and National Security, Volume 14, 1999. However, Haines’ study also stated that “while Agency concern over UFOs was substantial until the early 1950s, CIA has since paid only limited and peripheral attention to the phenomena.”

What accounts for the waning interest of the intelligence community? As Haines noted in his historical overview, early on it seemed that the CIA’s interest in UFOs had been significant:

“Because of the tense Cold War situation and increased Soviet capabilities, the CIA Study Group saw serious national security concerns in the flying saucer situation. The group believed that the Soviets could use UFO reports to touch off mass hysteria and panic in the United States. The group also believed that the Soviets might use UFO sightings to overload the US air warning system so that it could not distinguish real targets from phantom UFOs. H. Marshall Chadwell, Assistant Director of OSI, added that he considered the problem of such importance that it should be brought to the attention of the National Security Council, in order that a communitywide coordinated effort towards it solution may be initiated.”

This would change, however, notably with the publication of a Robertson Panel study on UFOs assembled by and named after H.P. Robertson, a physicist with the California Institute of Technology in January 1953. “The Robertson panel’s conclusions were strikingly similar to those of the earlier Air Force project reports on SIGN and GRUDGE and to those of the CIA’s own OSI Study Group,” Haines writes. “All investigative groups found that UFO reports indicated no direct threat to national security and no evidence of visits by extraterrestrials.”

The Robertson Panel’s conclusions decades ago were remarkably similar to the current assessments expected to be delivered by the UAP Task Force in its forthcoming report. They essentially found no evidence of a threat posed by unidentified flying objects, and nothing conclusive that could link them to visits by extraterrestrials. However, such intentionally ambiguous results from studies conducted over the years often do little to satisfy public interest, and function more like a Rorschach test: those who want UFOs to be extraterrestrial visitors see that the possibility hasn’t been ruled out, while skeptics averse to the idea remind them that there is still no good evidence.

There’s nothing new under the sun, or so the saying goes. Hence, rather than making actual progress on the UFO issue, it appears that most of the same old assessments and presumptions that have remained with us for decades about this phenomenon are what endure today. We’re still left wondering, in the end, what they are, and even if they are, with very little advancement in our knowledge about these mystifying appearances of unusual aerial objects throughout time.