Archaeologists in Yavne, Israel, have found an intact chicken egg that dates back about 1,000 years. This is exceptionally rare, as only a few intact ancient chicken eggs have been found in the world because of how fragile their shells are.

The Israel Antiquities Authority (IAA) has announced that the egg was found in a sewage ditch during excavation work prior to a new residential project being built in the city. While pieces of other eggshells have previously been found in other Israeli locations like the City of David, Apollonia, and Caesarea, the fact that this recently found egg was intact is incredibly rare. “Even by international standards, this is an extremely rare find,” noted Dr. Lee Perry Gal who is an expert in ancient fowl.

The fact that the egg was covered in feces may have helped to preserve it as Ella Nagorsky, who is an archaeologist with the IAA, explained, “Even today, eggs barely survive in supermarket cartons. It's amazing to think that this is a 1,000-year-old discovery. It appears that the unique preservation of the eggs is the result of the conditions that surrounded it for hundreds of years – a soft bottom to the sewage ditch, which apparently included soft human waste that protected [the egg].” 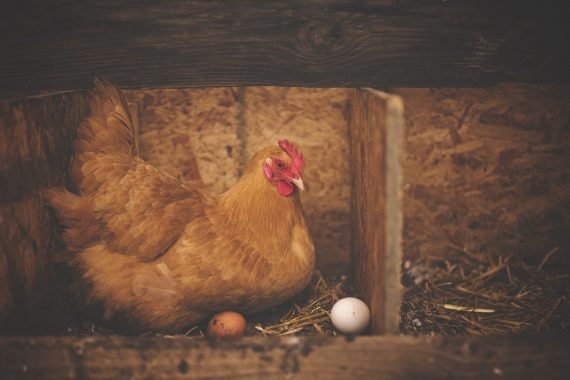 Since there was a tiny crack at the bottom, the majority of its contents were leaked out with the exception of small amounts of the egg white which will eventually be analyzed for DNA. A picture of the egg can be seen here.

In other bird news, a short-tailed albatross that hasn’t been seen in local California waters for over 40 years has been rediscovered. A commercial fisherman was the one who spotted the albatross about three miles south of the Port of Los Angeles last Saturday. He then sent his photos and a video to experts for verification.

The short-tailed albatross, which has a distinct bubble gum-pink bill, hasn’t been seen in local waters since 1977 to the west of San Clemente Island. Diane Alps, who is a naturist for the Cabrillo Marine Aquarium in San Pedro and who viewed the fisherman’s evidence, took a boat out on Sunday morning in hopes of catching a glimpse of the albatross for herself and that’s exactly what happened as she spotted it with its incredible 7-foot wingspan in the water.

Hopefully there are more of these short-tailed albatrosses out there and that their population numbers grow. Pictures of the albatross can be seen here.