Build a jail in the 1770s, keep it in operation for 250 years, publicly execute at least 55 prisoners, torture many more, leave it abandoned for 100 years and you’re bound to acquire many ghosts stories … and many ghosts. That’s the history of the haunted Bodmin Jail in Cornwall, which is trying to repurpose itself as a first class hotel which happens to have a few ghosts … make that a few plus one after the jail's paranormal manager captured the image of what she believes to be a female apparition. Guest ghost or permanent resident? 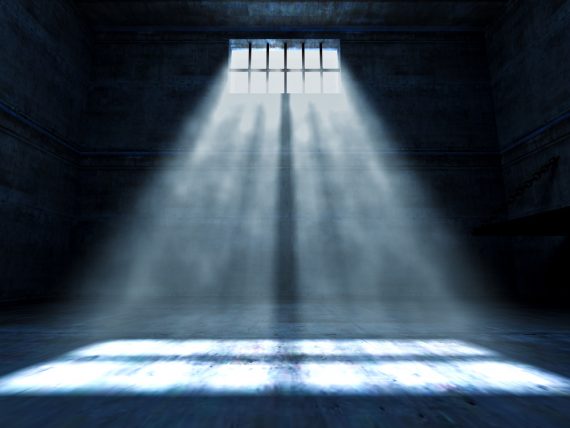 "I think it is an old woman described as the hag often seen within the walls of Bodmin Jail. She doesn’t reside in one spot she wanders through the corridors. Other people have witnessed her and felt fear or unsafe with her - she resonates a very uncomfortable feeling. She is extremely agitated and grumpy and would be the kind of woman to avoid."

That’s not exactly what you want first class top-dollar-paying guests to run into on their way to the pool, but Kirsten Honey is paid to be the jail's paranormal manager and is just doing her job. (See the photo of the alleged ghost here.) She tells Cornwall Live the ghost may be a former prisoner held in the jail for her "tempestuous ways." That was obviously a time long before the Internet and social media made tempestuous ways a way to become an online star. This ghost appeared just in time for the opening of the Bodmin Jail Hotel, which has been under renovation since 2016 and years of languishing in ruins, letting the Beast of Bodwin dominate the local folklore. That will change now that guests can stay in luxurious converted jail cells – each suite is made from three cells -- and dine in the former prison chapel.

Some visitors to the Bodmin Jail Hotel come for the rich history of the jail. Built in 1779, over 35,000 prisoners were held there, including 341 children. Forty-three men and eight women were hanged there for crimes ranging from murder to sheep rustling to arson. The executions ended in 1909 and the jail closed in 1927. Tours will introduce visitors to the jail and tell stories of famous prisoners, such as brothers William and James Lightfoot, who were convicted in 1840 of the highway robbery and whose execution was witnessed by 20,000 people, some of whom traveled on a special train route created just for the event. One interesting attraction is a collection of jail keys – from cell door keys to the main gate key measuring 22 cm (8.6 inches) long and weighing 0.5 kg (one pound) – which were uncovered in the jail’s execution pit.

Other visitors will come for the ghosts at what is considered one of England’s most haunted locations. Paranormal investigators in 2018 claim to have encountered the ghost of William Hampton, the last man to be hanged there, along with witnessing faint voices, strange electronic voice phenomena and flying orbs. If the history and the ghosts aren’t enough, there’s also a skull that some believe belonged to Beast of Bodmin which was found 100 years ago during the demolition of a hospital wing.