My previous article was focused on five strange stories concerning Bigfoot. Today, I'm addressing the very weird issues that surround the Loch Ness Monster. So, let's begin: (1) One of those who sought to understand the full scope of the remote-viewing program of the U.S. Government was the well-known conspiracy researcher/author Jim Marrs. During the course of his investigations, Marrs learned something incredible. Namely, that the RV team, at one point, had focused their psychic skills on the Loch Ness Monster. In doing so they stumbled onto something amazing, and which added much weight to the argument that the Nessies are supernatural in nature. Marrs said that over the course of a number of attempts to remote-view the Nessies, the team found evidence of what appeared to be physical, living creatures – ones that left wakes and which could be photographed and tracked. They even prepared drawings which suggested the Nessies might be plesiosaurs. But, there was something else, too: the ability of the creatures to vanish – as in dematerialize. The remote-viewers were in a collective quandary: their work certainly supported the theory that some seriously strange creatures dwelled deep in Loch Ness, but they were creatures that seemed to have supernatural and abnormal qualities about them – which is precisely what both Ted Holiday and Tim Dinsdale finally came around to believing. Jim Marrs noted: "Considering that reports of human ghosts date back throughout man’s history, the Psi Spies seriously considered the possibility that the Loch Ness monster is nothing less than a dinosaur's ghost." 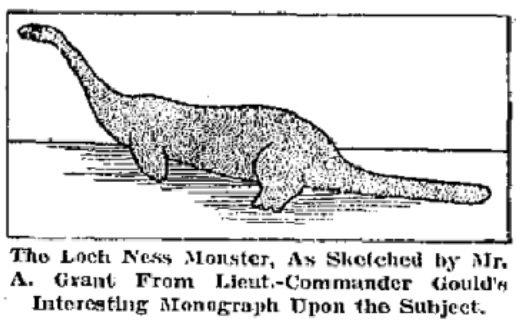 (2) By the time that Ted Holiday's book The Great Orm of Loch Ness was published, Holiday had not only been to the lair of the Nessies on numerous occasions, he had also had the opportunity to speak to many witnesses to the beast. In doing so, he noticed a most curious, and even unsettling, pattern. There were far more than a random number of reports on record where eyewitnesses to the creatures had tried to photograph them, only to fail miserably. As time progressed, it became abundantly obvious to Holiday that this was not down to nothing stranger than chance. When an excited soul on the shore went to grab their camera, the beast would sink beneath the waves. When someone even just thought about taking a picture, the monster would vanish below. On other occasions, cameras would malfunction. Pictures would come out blank or fogged. It was as if the Nessies were dictating, and manipulating, the situations in which the witnesses found themselves. That is exactly what Holiday came to believe was going on.

(3) One of the lesser-known aspects of the Nessie phenomenon is that the creatures have been seen not just in the loch itself, but on land, too. One case of literally dozens stands out particularly. The tale came from an Edward Smith, who got the story from an elderly lady who, with her two brothers, saw a Nessie when she and they were children, at some point around 1879 or 1880. It may not be irrelevant to note that when the three saw the monster they were sat on the slopes that overlook an old graveyard, one which stands at the site of Aldourie Castle. As they ate their lunch among the old graves, the trio heard strange and unearthly noises coming from behind them. Turning around quickly, they were terrified out of their wits by the sight of a full-blown monster in their midst. According to the woman, the beast was larger than an elephant, had a thin, long neck, and moved in a side-to-side fashion. For a brief period it peered at the three children, and then waddled off to the loch and vanished into its murky waters. 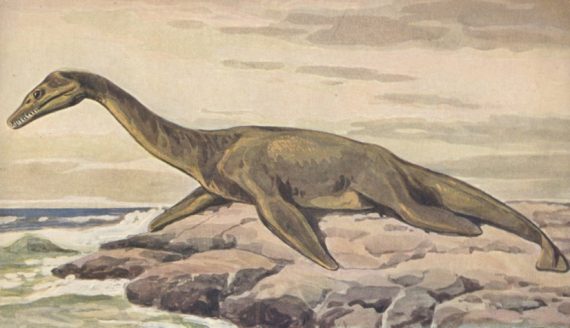 (4)  Built on the south-east side of Loch Ness, in the late 1700s by Archibald Fraser, Boleskine House was originally intended to be a hunting lodge. And, for many years that is exactly what it was. It stands over both the B852 loch-side road and an old graveyard, one which, ever since the house was built, has had a reputation for being a place of evil and of supernatural malignancy. The house, not far from the villages of Foyers and Inverfarigaig, is even connected to the graveyard by an old tunnel, one which is rumored to have used by witches and warlocks in centuries long gone. Not only that, although the house was not constructed until the 18th century, the locals maintain it stood upon the site of an old church, one that caught fire and which led to the death of the entire congregation that were deep in prayer when the fire broke out. Reportedly trapped, they were all roasted alive. For a while it was home to none other than the famous occultist, Aleister Crowley.

(5) On the night of June 2, 1973, Loch Ness played host to something truly extraordinary. It was nothing less than a full-blown exorcism, one that was designed to forever banish the malignant monsters from the deep and dark waters. It was all the work of Donald Omand, both a doctor and a reverend. He was a man who had substantial knowledge on, and experience of, the domain of all things supernatural. Of his thoughts on the Nessie phenomenon, Reverend Omand said: "Each year I drive along most of the long, somewhat tedious, shore of Loch Ness in traveling from the Kyle of Lochalsh to Inverness, and never yet have I observed the monster." We should not, however, interpret this to mean that Omand was a skeptic when it came to the Loch Ness creatures. In fact, quite the opposite is the case. He believed that one had to be at the loch at the right time to encounter one of the monsters. His reasoning was simple: the Nessies are supernatural entities that can only be encountered when the circumstances are conducive to an encounter. For Omand, the monsters were projections of something large and terrifying from a bygone era – monsters that may have existed millions of years ago but which continue to manifest, albeit in paranormal form. That the creatures are still seen at Loch Ness suggests that Omand's plan failed.