My previous article was on the totally nutty belief-system that the U.K. Royal Family is a collective body of dangerous, blood-drinking, shape-shifting Reptilians. Even though I have zero love for the Royals - they are outmoded and not needed in the slightest - I have to say they are not body-morphing monsters. With that said, there's another aspect to all of this. The Reptilians are definitively tied to the world of conspiracy-theorizing. In a completely different way, however, somewhat similar monstrous "things" pop up now and again in the field of Cryptozoology. "Monster Hunting," in down to earth words. In the summer of 1988, a terrifying creature began haunting the woods and little towns of Lee County, South Carolina – and specifically the Scape Ore Swamp area. It quickly became known as Lizard Man, as a result of its alleged green and scaly body. A bipedal lizard roaming the neighborhood? Maybe, yes. It all began – publicly if not chronologically – when on July 14, 1988 the Waye family phoned the Lee County Sheriff’s office and made a very strange and disturbing claim. Something wild and animalistic had attacked their 1985 Ford. 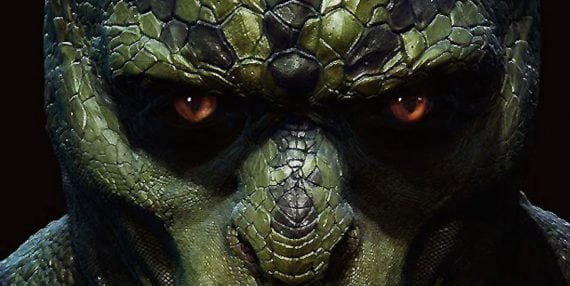 It looked as if something large, powerful, and deeply savage had viciously clawed, and maybe even bitten into, the body of the vehicle – and particularly so the hood. Somewhat baffled, the deputies responded to the call, nevertheless. Sure enough, the Wayes were right on target: their vehicle was battered and bruised in the extreme. In addition, there were footprints across the muddy area. It was clearly time to bring in Sheriff Liston Truesdale. There was a strong probability that the prints were those of a fox. Larger prints, also found, were suspected of being those of a bear – although some observers suggested they had human qualities. In such a close knit neighborhood it didn’t take long before news got around and numerous locals turned up to see what all the fuss was about. It’s notable that Sheriff Truesdale told Bigfoot investigator Lyle Blackburn, who wrote the definitive book on the affair – titled, of course, Lizard Man - that: "While we were there looking over this situation, we learned that people in the Browntown community had been seeing a strange creature about seven feet tall with red eyes. Some of them described it as green, but some of them as brown. They thought it might be responsible for what happened." A mystery – and a monster – was unleashed. It was never resolved.

Perhaps, the so-called "frog people" of Loveland should be placed into this same category. Loveland is a city in southwest Ohio that has a population of around 12,000, and which was settled back in 1795. It’s a small, picturesque town, filled with mountains of history and old buildings. Then there are Loveland’s resident frog-people. Yes, you did read that right. The controversy all began in the summer of 1955 – specifically in the month of July. It was around 4:00 a.m. one morning, and all was black and shadowy. Robert Hunnicutt, a volunteer with the local Civil Defense unit, was driving on a road on the fringes of Loveland when he spotted something amazing and terrifying in equal measures: a group – of three or four, Hunnicutt wasn’t sure – of small, humanoid creatures standing under a bridge. Incredibly, they were described as around three feet tall, walking on two legs and with "lopsided chests, wide, lipless, froglike mouths, and wrinkles rather than hair." A shocked Hunnicutt stopped and stared at the beasts for a few minutes, after which one of the frog-things pointed a device – a weapon, or something else, Hunnicutt never knew – into the air, and which gave off electric-blue flashes. Hunnicutt, at that point, wasted no time in getting out of the area as soon as possible. His destination: the headquarters of the Loveland Police, where he spoke to the Chief of Police, John Fritz. Evidently, the strange story was taken seriously, as Fritz had one of his armed deputies keep a vigil at the bridge, to try and ascertain what Hunnicutt had seen. 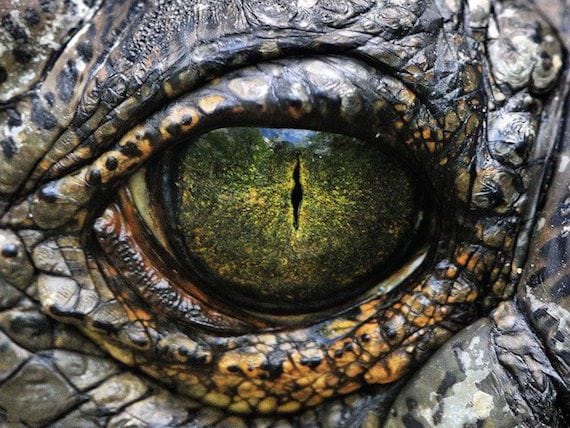 Beyond any shadow of a doubt, at all, one of the most bizarre of all encounters with strange and unknown animals occurred at Juminda, Estonia, at some point in the late 1930s; the exact date being unclear. According to an investigation undertaken by  Jacques Vallee, two witnesses encountered a small – approximately three-feet-tall – humanoid creature with brown-green skin and which had distinct frog-like characteristics. Its eyes were slit-like, as was its mouth. And it appeared to be not at all accustomed to walking on land; its awkward gait made that abundantly clear, and particularly so when it caught sight of the pair and made good its escape. While it outran its pursuers, it did so in a very odd, near-drunken-like state.

A similar state of affairs occurred in the heart of woodland at Orland Park, Illinois, on September 24, 1951. The man who witnessed something both remarkable and disturbing was a steel-worker named Harrison Bailey. As he walked through the park, Bailey was suddenly plagued by a burning sensation to his neck, which was accompanied by a sense of cramp in his neck, too. Sensing he was being watched, Bailey quickly swung around. He found himself confronted by a grey-colored object of a large size that was described as being "whirlwind"-like in shape. Things then became decidedly weird: Bailey felt groggy, confused, and almost in a dream-like state. And then nothing. His next memory was vague, but revolved around being surrounded by a large group of eighteen-inch-high humanoids that resembled frogs. They asked bizarre questions, such as where he was from and where he was going. All that Bailey could focus on was the fact that he felt somewhat paralyzed and unable to move properly. The unsettling feeling soon wore off, however, and Bailey was left to make his stumbling, slightly out of it, way back home.

It's rare that the worlds of Cryptozoology and conspiracy-theorizing cross paths, but in relation to the stories above, it seems occasionally they do. At least, to some degree.