While CVID-19 precautions have cancelled the Summer Solstice celebrations at Stonehenge for a second year, Germans may be glad no such reenactment is scheduled for the only ‘Stonehenge’ in that country -- Ringheiligtum Pömmelte. Why? New excavations at the “Ring Sanctuary” outside of Pömmelte have uncovered the remains of homes of people who lived there to watch and possibly participate in ritual human sacrifices, including the collecting of heads that has prompted archeologists to call them a ‘cult of skulls’. Druids and hippies dancing around at dawn doesn’t sound so bad now, does it?

Located about 53 miles (85 km) from Berlin and discovered in 1991, Ringheiligtum Pömmelte is a ring-shaped henge built of timber with seven rings of palisades (wooden stakes), ditches and raised banks. Artifacts indicate it was constructed around 2300 BCE by the Bell Beaker culture, a Bronze Age people group known for their bell-shaped drinking vessels and not much else. They were replaced by the Únětice culture, which was believed to have used the henge for astronomical rituals. At one time they were thought to have created the famous Nebra Sky Disc, possibly the oldest known depiction of the cosmos, but that origin and age has been questioned recently. Previous excavations at the site, which is larger in area than Stonehenge, have uncovered graves holding the broken bones of children, teenagers and women who are suspected to have sustained severe skull trauma and rib fractures as they were brutally killed in sacrificial rituals.

New excavations begun in May 2021 by the Saxe-Anhalt State Office for Monument Preservation and Archaeology and researchers from the Martin Luther University of Halle-Wittenberg found a total of 130 dwellings and more burial sites, with the structures resembling homes of both the Bell Beaker culture and the Unetic culture. Why would anyone want to live so close to the center of local human sacrifice? Heritage Daily doesn’t have any ideas, but reports that excavations will continue until October 2021, and the researchers will attempt to learn more about the social and religious practices of the Unetice culture, which built the majority of the homes, to determine what relationship they had with the rituals that went on in Ringheiligtum Pömmelte.

And the skulls too. 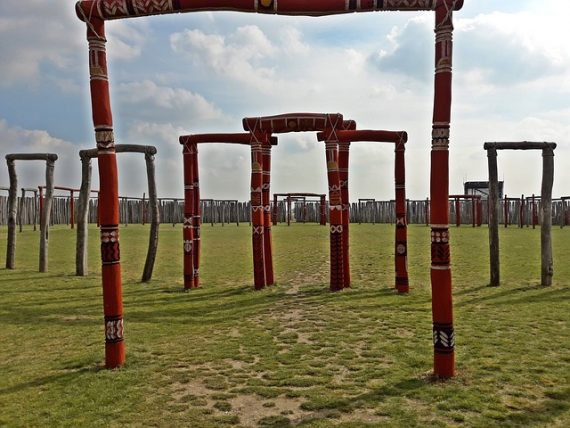 DW.com reveals that archaeologist Harald Meller found multiple lone skulls without skeletons among the burials. To him, the reason is obvious:

"This points to a head cult, in which people kept the skulls of their ancestors and in some cases even dedicated themselves to headhunting."

Most sites of human sacrifice and torture, even those performed in the macabre name of religions rituals, was conducted away from where people lived – on the top of mountains, in isolated temples or even in locations hidden from view to protect the participants from prying eyes that might object to it … or run away before it’s their turn. What would have inspired the Bell Beaker and the Únětice people to do the opposite and possible be willing voyeurs to the events? Why did they collect skulls?

How long will it take before this all gets turned into a terrifying solstice recreation?

The Bizarre Vanishing of Louis Le Prince, The Father of Cinematography