Ghostly Apparitions That Appear Every June in the UK

The United Kingdom is known for its many haunted locations, and June in particular is an exceptionally active month in regards to the paranormal. Based on information provided by the Paranormal Database, let’s take a look at some haunted locations around the UK where the ghostly residents should make themselves known during this month.

Near the Loch Lee in Angus, Scotland, a popular piper that was once captured by little green creatures (perhaps fairies?) can be heard playing his music.

Several ghosts, including the “lone Hessian trooper” can be seen at the Horetown site and Green Road in County Wexford, Ireland, where the Battle of Horetown occurred in 1798.

Fairies and pixies are witnessed on the Fairy Bridge on the Isle of Man.

King Arthur’s spirit riding on a horse can be seen at Cadbury Castle in Somerset, England. Additionally, the King’s table supposedly rises from Bossiney Mound in Cornwall, England, every year on this date.

An apparition of a man riding a horse has been seen on this day at Eastwell Park and Manor House in Ashford, England. Prior to arriving at the house, the horseman rides off into a lake. A ghostly lady in white has been seen in the house that is rumored to be cursed.

Either on June 20th or the 23rd, a pack of ghostly devil dogs are let loose to terrorize the English village of Purse Caundle. They are also set free sometime in December. 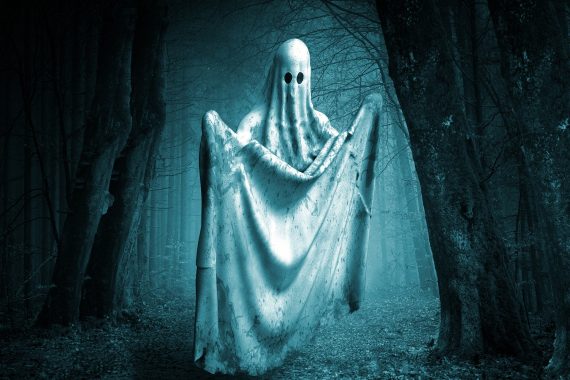 In London, Nan Clark is said to return to Nan Clark’s Lane. According to legend, she was either murdered or committed murder(s).

Either on June 21st or 24th, the figure of a lady dressed in white has been spotted by fishermen on the Landing Stage in Surrey, England.

A phantom girl who ended her life after she was unfaithful to her boyfriend has been spotted at Lover’s Leap rock in Dargle Valley, County Wicklow, Ireland.

The ghosts of those who will pass away in the following year can be seen at a church in Tavistock, Devon, England.

There are three stones in Enstone, Oxfordshire, England, that represent a man, his horse, and his dog. Once a year on this date, the largest stone (representing the man) supposedly moves on its own to the local stream.

Many years ago in Wales, a woman was driven to take her own life by her shepherd husband. He was turned into stone and on the night of June 23rd, the stone walks to the River Usk. Another report from the area is that a stone dives into river and goes for a swim.

Once a year, fairies come together at the wells in Trelleck, Wales.

A ghostly choir can be heard singing in a cave network in Llangattock, Wales. Additionally, in a field located north of the village, fairies and the devil are said to dance around some trees. Another man (a farmer) drove his wife to take her own life in this village and was also turned into stone which allegedly moves around the area and calls out her name. 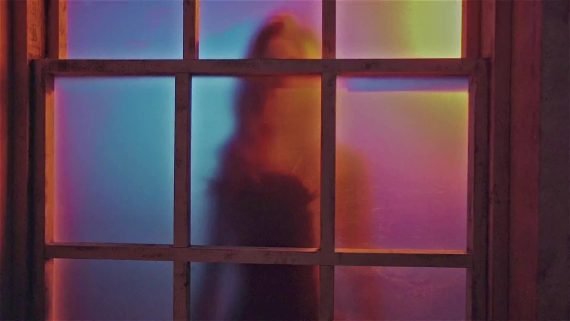 A cromlech at St. Lythans in Glamorgan, Wales, is said to rotate three times and will grant visitors one wish. And a stone that apparently grants wishes rolls down a hill in Bettiscombe, Dorset, England.

A phantom dog – occasionally seen with a druid – has been spotted at Long Barrow, West Kennet, England.

Ghostly soldiers apparently show up on a mountain near Wilton Hall in Souther Fell, England.

An apparition of the Mayfly barge can be seen in Oulton Broad, England, either on June 23rd or the 24th.

Every year on this date, the spirit of murderer Alexander Cruwys shows up at the Bridge over England’s River Exe to throw a body into the water.

The ghost of a murdered female named Anne Blakemore appears at a crossroads in Blythburgh, England called the Five Finger Post and runs in front of oncoming vehicles.

Every June and September, the ghostly bishop’s barge is seen moving up a Brundall river and will allegedly heal any sick people that it sails by.

A full list of all the ghosts, locations, and dates can be seen here.

Advertisers are Testing Ways to Put Commercials in Your Dreams