A team of paranormal investigators took a picture of what appeared to show a ghostly soldier at an old WWII site near Grimsby, England. The Matrix Paranormal UK team conducted the investigation at the old heavy anti-aircraft gun site.

After hearing what sounded like footsteps near the entrance into the battery, the team snapped some photos and caught an image of what looked like a soldier. Yvonne Hunter, who is the founder of the team, explained what happened, “These images coincided with ourselves hearing footsteps, activity with trigger objects, which shows one of the investigators checking out the area for anyone else in the location.” “The investigation lasted approximately two-and-a-half hours and was quite active with apps, ITC equipment and trigger objects.”

You can decide for yourself whether or not the team captured an apparition of a soldier as the photo can be seen here. 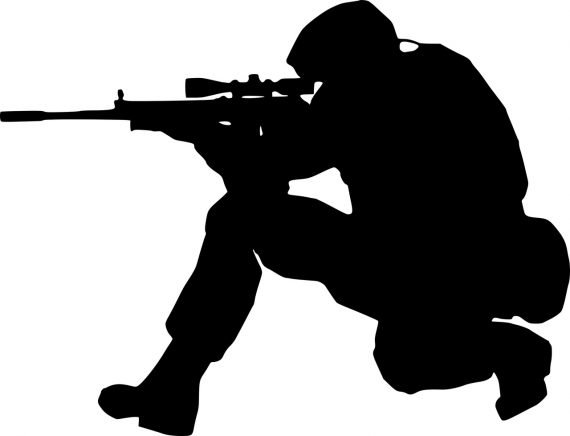 Since the old WWII site is close to Grimsby, I think it’s relevant to mention that the town is also said to be incredibly haunted, so let’s take a quick look at some of them. Another location associated with WWII that has ghosts is RAF Binbrook which is said to be haunted by an Australian sergeant named “Clubfoot” who is often seen waving on the runway and limping along the roads flagging cars down. Also, a phantom pilot has been seen at the theater. Prior to the Second World War, a poltergeist was rumored to have inhabited a nearby farm.

The Imperial Pub is home to the spirits of a Victorian maid, a missing fisherman, and a pregnant woman. The Coliseum on Cleethorpes High Street is home to a floating female apparition. A former post office at 64 Victoria Street has a ghostly postal worker. The apparitions of a former tour guide and a skipper named Alf reside at the Fishing Heritage Centre.

A phantom female wearing a long black cloak with a hood (called the “black lady”) has been seen in Bradley Woods. A ghostly monk without a face has been spotted on a private property on Langton Drive. The Yarborough Hotel is home to an entity wearing a white shirt and glasses. A former landlady named Mrs. Drayton is rumored to haunt the Corporation Arms. Waltham Church has a phantom priest wearing a robe. 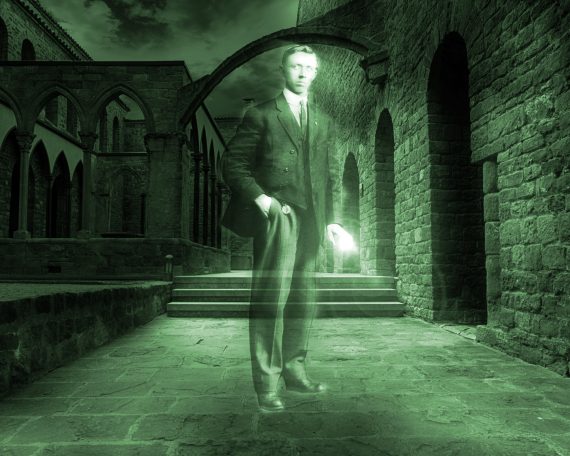 A tall dark shadow figure has been witnessed at the Old Coach House. The spirit of an old man as well as shadow figures have been spotted at the Shoe Factory Shop. Unexplained mists have appeared in the Oxfam store. Several ghosts have been witnessed at the Weelsby Street School, such as a “figure in white”, a headless child, blue orbs of light, and a male figure hanging from the bell tower’s belfry. There have even been reports of a ghost train entity at Wonderland.

Pictures of these locations can be seen here. With all of these alleged hauntings in and around Grimsby, it’s not surprising that a paranormal team claimed to have captured a ghostly soldier on camera.