When my Marilyn Monroe-UFO book, Diary of Secrets, was published in May of this year, a number of people contacted me, asking about when, exactly, Marilyn was placed under secret scrutiny by agents of government. On this issue, one of the most important things I did when I decided to immerse myself in the world of Marilyn and aliens was to determine exactly how deep the files on her went and what they contained. The time came for me to use the Freedom of Information Act and dig into the material that was available. As is stated at the FBI’s website, The Vault: "FBI file references to Monroe were previously released under the Freedom of Information Act in the 1980s, but were reprocessed in 2012 and posted here on January 4, 2013. This reprocessed version includes more information." I began looking into the matter of those 1980s-era FBI files on Marilyn. In terms of their content, they were fascinating.

So far as we know, the Bureau opened its file on Marilyn in 1955 and no earlier. Specifically, in August of the year. You may wonder why. Midway through the month, the Bureau prepared a report with the heading of: Visit of Soviet Farmers to the U.S., 1955. To the absolute annoyance of the FBI, staff at the Soviet Embassy in the United States had just then invited Marilyn to come along to a party "in honor of the Soviet Agricultural Delegation," that was making a trip to the U.S. The Russian connection continued. On August 19, Marilyn did something amazing, taking into consideration the Cold War concerns that existed at that time. She applied to get a visa to travel to the Soviet Union. FBI Director J. Edgar Hoover was hardly over the moon. Hoover made sure his agents shared the bad news with a handful of U.S. agencies. The list includes the Department of State (specifically, its office of the Director of Security), the office of the Attorney General, and the CIA. This document is highly important. It was the first, confirmed piece of evidence showing the CIA was taking an interest in Marilyn’s activities. For decades, the agency denied it possessed any records on Marilyn. Today, we know better. 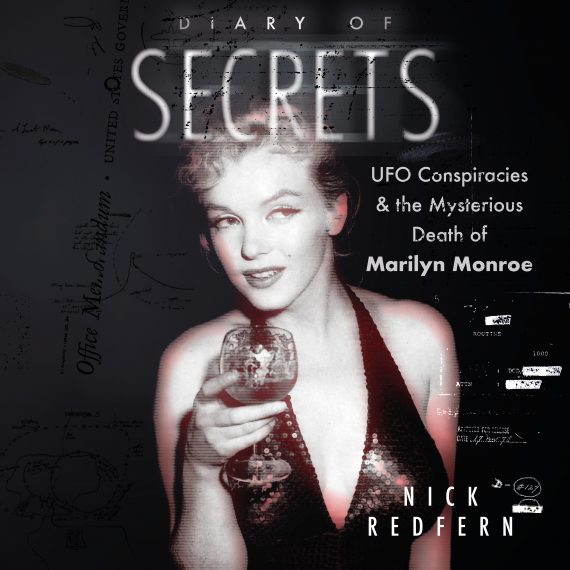 Check out the Infinite Marilyn Monroe blog for more important material: "Marilyn came under intense FBI scrutiny in 1955, when she began to be frequently seen in the company of Arthur Miller, then under investigation by the House Un-American Activities Committee. After that date her movements were meticulously documented, from the people she saw in New York to her continuing interest in all things Russian." Marilyn wasn’t just seen with playwright Arthur Miller. On June 29, 1956, Marilyn and Miller got married. An FBI document of November 2, 1956 shows that Bureau agents were watching the then-recently married couple: "Arthur Asher Miller was born on October 17, 1915, in New York, New York. Miller, a playwright, is the author of the play ‘Death of a Salesman.’ On June 29, 1956, he was married to Marilyn Monroe, motion-picture actress. Miller has been reported to have been a member of the Communist Party (CP) in the 1940’s and to have been associated with numerous communist-dominated organizations from 1946 to 1950. He testified before a subcommittee of the Committee on Un-American Activities, United States House of Representatives, Washington, D.C., on June 21, 1956. Miller admitted having attended 5 or 6 meetings of CP writers in 1947 but denied having been under CP discipline."

The FBI prepared this document, too, for Hoover's eyes: "In response to a question concerning whether he had signed an application to join the CP [Communist Party] Miller testified that in 1939 or 1940, he had signed what he thought to be an application for a study course in Marxism but that he did not know the exact nature of the application. He refused to discuss activities of any other individuals and was, therefore, on July 25, 1956, cited for contempt of the House of Representatives, United States Congress. Contempt of Congress is an offense subject to criminal prosecution." August 12, 1958 was the date on which, as FOIA files show, a “full nine-man bench of the United States Court of Appeals today reversed the contempt of Congress conviction of playwright Arthur Miller, husband of actress Marilyn Monroe.”

The marriage was over by 1961. The spying on both, however, continued.

Lord of the Hunt: Cherokee Legends of Tsul ‘Kalu, the Slant-Eyed Giant