Into Thin Air: The Weird Vanishing of Benjamin Bathurst

There are are some very peculiar cases of mysterious vanishings out there. Among these are those instances when someone has just simply faded away within mere seconds. Such reports have sprung up throughout history, and sometimes they happen to someone who really matters and who has a high standing. Here we will look at the story of a prominent British politician who just seems to have evaporated off the face of the earth in full view of bystanders, and which has never been fully solved.

Although his name might not be one anyone is really familiar with, Benjamin Bathurst was not a nobody. The third son of Henry Bathurst, Bishop of Norwich, in England, he launched a very successful diplomatic career in the late 18th and early 19th centuries, going on to become the Secretary of the British Legation at Livorno, Italy, and in 1809 dark clouds were brewing in Europe. At the time various countries were declaring war on each other, and indeed in this year Bathurst was sent to Vienna, Austria, as an envoy by his relative Henry Bathurst, as pro tempore Secretary for Foreign Affairs. His mission was to build on the alliance between Britain and Austria, as well as to try and get the Austrian Emperor Francis I to declare war on France. This would eventually happen in April of that year, but the Austrians were trounced by French forces in July of that year at the Battle of Wagram. Sensing that it was not safe for him anymore, Bathurst made arrangements to get out of Dodge, so to speak, and since it was a very dangerous time, he decided to make his escape by traveling north and taking ship from Hamburg, Prussia. It was not to end well for him.

To help ensure their safe passage, Bathurst and an attendant by the name of Joseph Krause were traveling under assumed identities, calling themselves “Baron de Koch” and “Fischer,” and on November 25, 1809, they arrived at Perleberg, near Berlin, Germany. Their plan was to stop to rest and refresh themselves at an inn there before continuing on their arduous, perilous journey, as well as get new horses for their carriage. They had dinner there and Bathurst retired to a side room to attend to some business writing letters while they waited for some fresh horses for their carriage. When the carriage was finally ready, it was about 9 PM, and so the two of them decided it would be better to stay at the inn for the night and continue on their way in the morning. They booked rooms and then went about having their horses unharnessed, and this is where the case would unravel into the weird.

According to the common version of the story, Bathurst left the inn to make his way towards the carriage, with his attendant right behind him. Bathurst then went around the horses and took a moment to climb into the carriage, but when the attendant came around to join him, the diplomat was not there. Krause had been right behind him, with Bathurst out of his sight for mere seconds and clearly seen to have gone into the carriage, but the man was simply no longer there. How could he have gotten out of the carriage and gone off somewhere in such a short span of time? The attendant wandered around the area looking for him and calling out to him, but he was simply gone, as if he had evaporated into thin air. He gathered together some locals to help him scour the vicinity of the carriage, but no trace of Bathurst could be found. It was truly baffling at the time, but considering the number of nefarious parties such as bandits and other unsavory elements prowling about it was at the time just assumed by authorities that he must have fallen victim to foul play or that he had simply run away on his own.

It was for this reason that word of the strange vanishing wouldn’t even get back to England until 3 weeks later, after which further search efforts were launched, even dragging the nearby river Stepnitz, but it all proved fruitless. After several more searches, a coat thought to have belonged to Bathhurst was found in a restroom and some boots were found in the surrounding wilderness, but it was unclear if they actually belonged to the missing man or not. At the time, the region was ravaged by war due to the rampaging Napoleon Bonaparte, and Bathurst’s wife thought the French had kidnapped her husband, but Bonaparte himself reportedly denied having any knowledge of such a thing, and even aided in search efforts. There were also some pants found by two women in the woods near Perleberg, who found some anomalous pants lying out there. The pants had two bullet holes in them, although there was no blood. This suggests that the bullets had been fired through the pants after they were removed from Bathurst’s body. 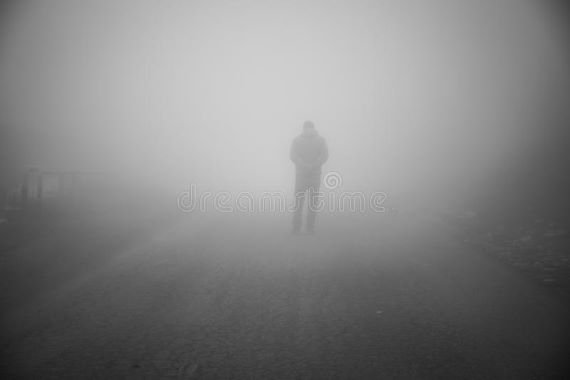 Rewards offered would only produce false leads that led absolutely nowhere, and no one could figure out where the diplomat had actually gone off to. There were some promising leads. In one instance, three women out in the woods near where Bathurst had disappeared came across a note which was apparently in his handwriting and addressed to his wife, saying that he was “in danger, surrounded by enemies.” In 1852, there would be a mysterious discovery made during the demolition of a house on the Hamburg road in Perleberg, not far from the inn where Bathurst had last been seen, and this turned up a human skeleton. The back of the skull showed a fracture as though from the blow of a heavy instrument, but it could never be conclusively be proven that there were the remains of the missing Bathurst.

In the years since his disappearance, the case had become popular among those who appreciate unsolved mysteries, and there are plenty of theories, ranging from the plausible to the truly outlandish. The main theory is that he was simply murdered, either by his enemies or some random thugs, with the circumstances of the whole thing embellished and exaggerated over time to the point that it is now reported as a man who went into a carriage and simply vanished into thin air. After all, it would turn out that Bathurst was allegedly very paranoid about people watching him, and believed that people were out to get him. He could have also possibly erased himself, choosing to escape his life after a nervous breakdown. Other ideas are that he fell through some sort of portal or was whisked away by paranormal forces of some kind or even aliens. Is this just a simple murder that has gone on to attract a strange lore around it? Or is there perhaps something more going on here? There is no way to really know, and the case of Benjamin Bathurst has gone on to become a very much discussed mysterious vanishing.

Lost at Sea: The Unusual Wartime Disappearance of The Island Queen