Well, the answer to that question directly above is: Yes, Jack the Ripper was a time traveler. Albeit, in the world of entertainment, rather than in the real world of 1888 Whitechapel, London, England, where the crazed nutjob did all of his killings. Now and again, the domains of television and the big-screen grab the controversies surrounding time travel, and those that revolve around the world’s most infamous serial-killer, Jack the Ripper. Indeed, the Ripper and time-surfing have gone hand-in-hand on several occasions – and in ingenious fashion, too. Before we get to how television productions and movie-makers have made Jack someone who has the ability to jump from century to century, it’s important to understand the grisly and mysterious story that goes along with the insane killer himself. In the latter part of 1888, a deadly figure roamed the shadowy and foggy back-streets of Whitechapel, London, England by night, violently slaughtering prostitutes, and provoking terror throughout the entire capital. He quickly became – and still remains to this very day - the world’s most notorious serial-killer. But, what makes the Ripper so infamous, more than a century after his terrible crimes were committed, is that his identity still remains a mystery. And everyone loves a mystery. With that all said, let us now see how the world of Hollywood has tackled  the saga of Jack the Ripper and turned the killer into nothing less than a full-blown time traveler. 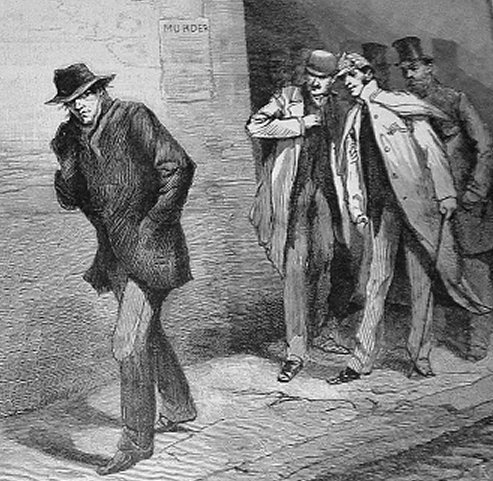 Time After Time is an entertaining 1979 movie directed for Warner Brothers by Nicholas Meyer, who was also the screenwriter of the production. It stars David Warner, Mary Steenburgen and Malcolm McDowell. It’s a movie that does a good job of telling the basic story of the Ripper and his terrible killings back in London, England in the latter part of the 19th century. The story, however, has a neat twist on reality. None other than H.G. Wells – the brains behind the classic 1895 novel, The Time Machine – gets entangled with the crazed murderer. We learn quickly that a friend of Wells – John Leslie Stevenson, a surgeon – is none other than the Ripper himself. Wells, portrayed by McDowell, however, has no idea that his friend is the monster of London. At least, not at first. In an ingenious way to avoid the police and the hangman, Jack – the aforementioned David Warner – flees to 20th century San Francisco. Wells, too, heads off into the future, suspecting – correctly – that the crazed Ripper would continue his killing spree in 1979, which he does. With the help of Steenburgen’s Amy Robbins – who works at a local bank – Wells is exposed to, and shocked by, the world of the future. It’s not all bad, though: the two are soon a pair. Then, there follows a wild race to try and end Jack’s killing spree. I will not spoil the ending for those who may wish to see Time After Time for themselves. I will say, though, that the story of a time-traveling Jack the Ripper is an entertaining and intriguing one. 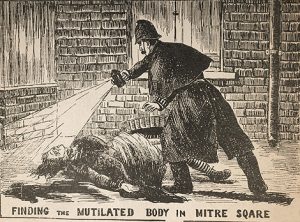 Now, we need to head further through time, specifically to 2017. That was when ABC made their version of Time After Time. On this occasion, though, it wasn’t a movie of a time-traveling Jack, but a series – albeit one that only lasted for a few of just twelve filmed episodes. IndieWire stated on March 3, 2017: "It’s weird to see such unambiguous objectification of a serial killer on screen. In fact, this might be the weirdest aspect of the time travel drama, premiering this Sunday on ABC. A reimagining, if you will, of the 1979 film written and directed by Nicholas Meyer, 'Time After Time’s' first two episodes serve largely as set-up." And, from there, the story grew. At least, it did for a short while. Indeed, only a handful of episodes were aired. In classic Ripper fashion, the show was cut to pieces. Not even a time-traveling murderer could beat the ratings. Or, rather, the distinct lack of them.