Lord of the Hunt: Cherokee Legends of Tsul ‘Kalu, the Slant-Eyed Giant

Of all the legends that have been recorded in the traditional beliefs of the Southeastern United States, one of the most unique involves the story of Tsul ‘Kalu, the legendary Cherokee lord of game and hunting.

Believed to have been gigantic in stature, this mythical being was often invoked prior to hunts on account of his association with deer, turkeys, and other game the ancient Cherokee relied on for sustenance. Though most accounts describe him as very large, Tsul ‘Kalu was essentially described as humanoid, although some traditions have seen him portrayed as a sort of “devil” by the Cherokee. The mythical giant’s name translates to mean “he has them slanting,” which refers to the peculiar appearance of his eyes as often portrayed in legends.

Written accounts by Europeans which document the Tsul ‘Kalu legends date at least as far back as the early decades of the 19th century. Among the most popular had been the version recorded by anthropologist James Mooney, which told of how Tsul ‘Kalu came to visit a young woman and her mother. The giant married the girl, but eventually becoming enraged by her family, he carried her away to a cave where he dwelt high in the mountains to the west. 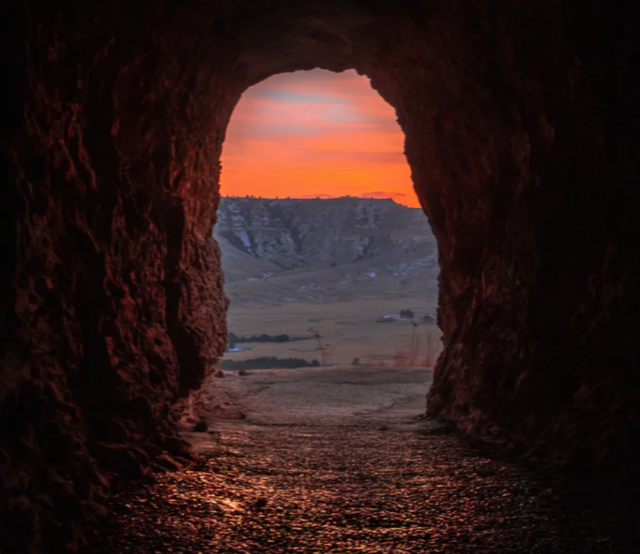 Following her disappearance, the girl’s brother set off in pursuit of her and eventually found the giant’s home. Asking to meet Tsul ‘Kalu, the giant would appear only as a disembodied voice, and instructed his curious brother-in-law to go to the nearby town of Kanuga and fast for seven days, in addition to obtaining new clothing while there before he would allow himself to be seen. Near the end of the fasting period, the legend tells that a stranger visiting the town disobeyed the fast, and despite appealing to Tsul ‘Kalu, the girl's brother was not allowed to see the mysterious giant.

The home of Tsul ‘Kalu is referred to as Tsunegun'yi in this legend, a title similar to several other traditional names of places found in parts of North Carolina, Tennessee, and the surrounding region. The location whose name incorporates the legend most obviously is the area called Tsul ‘Kalu Tusunegun’yi, a large area on Tanassee Bald in Jackson County, North Carolina. Local legends associate this location with where the mythical giant was said to have lived. A similarly named location called Tsul ‘Kalu Tsula’sinun’yi exists along the Tuckasegee River near Deep Creek in Swain County, North Carolina. The name of this location is said to mean “where the footprint is,” in reference to petroglyphs that once existed at the site that was traditionally said to have belonged to Tsul ‘Kalu.

Arguably, the most famous location associated with the Tsul ‘Kalu mythos is Judaculla Rock, a large steatite boulder found near Cullowhee, North Carolina. Covered in petroglyphs of unknown provenance, a range of theories have been proposed about the source of the markings, as well as their possible meaning. The site’s name, Judaculla, represents a corruption of the Cherokee word for Tsul ‘Kalu, and one of the most prevalent legends associated with the site tells that when the giant would leap down from the top of his mountain, he landed near the stone and steadied himself against it. In doing so, Tsul ‘Kalu is said to have left a large handprint similar to the petroglyphs that once existed at the aforementioned location near Deep Creek.

Although the appearances of giants in Cherokee legends are relatively few, Mooney collected a similar legend with some relevance to the Tsul ‘Kalu stories from a man named James Wafford, a member of the western Cherokee who had been born in Georgia in 1806. According to Wafford’s account, he said:

“…that his grandmother, who must have been born about the middle of the last century, told him that she had heard from the old people that long before her time a party of giants had come once to visit the Cherokee. They were nearly twice as tall as common men, and had their eyes set slanting in their heads, so that the Cherokee called them Tsunil' kalu', "The Slant-eyed people," because they looked like the giant hunter Tsul'kalu' (see the story). They said that these giants lived very far away in the direction in which the sun goes down. The Cherokee received them as friends, and they stayed some time, and then returned to their home in the west.”

“The story may be a distorted historical tradition,” Mooney added.

With Tsul ‘Kalu’s association with giants, game and hunting, and even petroglyphs depicting large footprints, it is easy to see how some in more recent decades have attempted to draw associations between Tsul ‘Kalu and Sasquatch, although the similarities are vague at best. Despite this, what Tsul ‘Kalu certainly does appear to possess in common with Sasquatch is the endurance across cultural boundaries that legendary figures possess, which has caused the mythical Cherokee god of the hunt to remain an item of fascination well into modern times.

Mysterious Dome of Light Appears Over Field with Crop Circle