Lost at Sea: The Unusual Wartime Disappearance of The Island Queen

Many accounts of curious incidents have been logged by historians over the years that convey strange happenings during wartime. This is especially the case with World War II, a period which boasts accounts by servicemen from several countries that include sightings of unusual aerial lights dubbed “Foo Fighters,” and a host of other peculiar events and observations that remain unexplained.

However, not all of the unusual events that occurred during the Second World War necessarily had to do with events that played out on the battlefield. Arguably, one of the most perplexing of this sort involves the unexplained disappearance of the Island Queen, an incident that remains unsolved to this day.

On August 5, 1944, the Island Queen had been one of two vessels along with its companion, the Providence Mark, which embarked from Grenada on an Emancipation Day holiday excursion for Saint Vincent. Manning the helm of the Island Queen on the occasion had been Captain Chicra Salhab, who was joined by 67 young passengers (although some accounts say it was closer to 75) from the St Joseph’s Convent St George’s and Anglican High School, all of whom were traveling together to a wedding.

The Island Queen had been the favored vessel of the younger passengers for the occasion, several of whom had leaped aboard the ship within the final moments as the sailing vessels disembarked. As the Island Queen, an 85-foot staysail schooner, and its companion the Providence Mark set sail, the two ships traveled barely a half-mile apart from one another, each vessel’s captain aware of a friendly rivalry that existed where each man had been intent on being the first to arrive at their shared destination.

Two hours at sea brought the vessels along the western edge of Carriacou Island. Weather had been fair up until this point, and as the pair of ships skirted the island, a light rain began to fall. Although the weather had not been severe at the time of its onset, visibility soon began to worsen, and passengers aboard the Providence Mark were able to see the Island Queen as she moved into what appeared to be slightly heavier precipitation a short distance ahead. 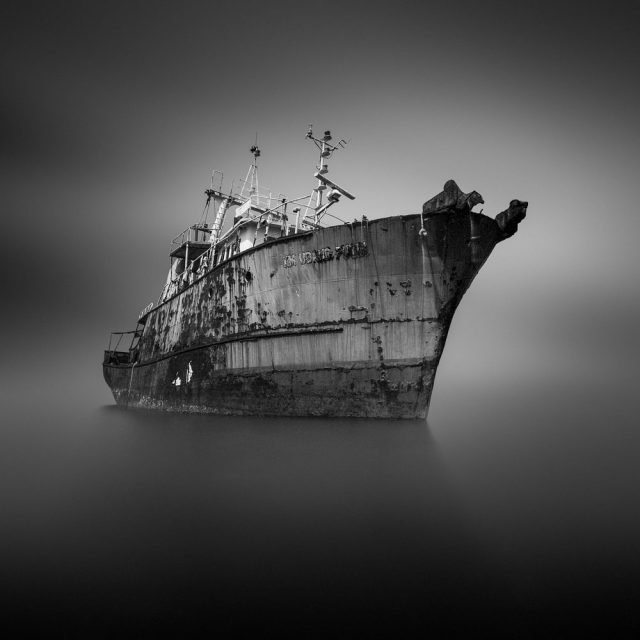 However, few of the passengers watching at the time would have ever guessed that it would be the last time they, or anyone else, would ever see the Island Queen or any of its passengers.

Within minutes, the Providence Mark also began to sail into the storm that had suddenly appeared, and once it had emerged from the weather front there was no sign of the Island Queen. The captain of the Providence Mark, assuming that his friend Captain Salhab had managed to outpace them with the Island Queen’s powerful motor, sailed onward with the full expectation that the two ships would be reunited in a few short hours.

At 2350, The Providence Mark arrived at Saint Vincent. However, to the surprise of the captain and the ship’s passengers, the Island Queen was nowhere in sight. Upon realization that the ship had never arrived at the port, a search effort was quickly organized, with participation by ships from both U.S. and British Navy vessels. The ships scoured the area where the Island Queen was last seen, but to no avail; despite the quick action of the search party, no sign whatsoever could be found of the missing ship. Indeed, the Providence Mark had not actually lost the race… it would appear that it had lost its companion vessel entirely.

To this day, the fate of the ship remains a mystery, although a number of theories about what might have led to the disappearance have been proposed over the years. Among these, one involves the idea that a fire may have broken out on board the ship as it entered the storm, the falling rain from which managed to obscure the view from those aboard the Providence Mark. Although no observations of fire were made, this theory receives some weight from testimony collected by historian Beverley A. Steele, who documents sightings of smoke that observers along the coast of Carriacou reported seeing in her 2011 book, “Grenada in Wartime: The Tragic Loss of the Island Queen and Other Memories of World War II.”

Alternative theories about the ship’s disappearance range from the idea of rogue waves, to the fact that the boat went missing south of the famous Bermuda Triangle, a geographical area associated with a number of similar disappearances over the years.

Perhaps the most bizarre idea that has been proposed about the disappearance, having occurred during the final year of the Second World War, involves the boat’s capture by a German Submarine. However, Steele says that this theory has little supporting evidence and that ultimately, searches for the vessel’s remains along the seafloor will likely be the only way that the longstanding mystery will be resolved.

Could the bad weather which the Island Queen encountered have been the root cause behind its disappearance, even despite the fact that its sister ship managed to sail through the same front without being hindered? Until efforts to locate the wreckage are undertaken, it seems likely that the curious loss of the Island Queen will endure as one of the many unusual happenings that were logged during the final years of the Second World War.