Magical, Mysterious and Sometimes a Monstrous Presence: The Rollright Stones

In the same way that ancient Native American lore suggest the United States’ Bigfoot has unearthly origins, very much the same can be said of reports of such creatures seen in the United Kingdom. While the U.K. has a surprisingly large number of Bigfoot reports for such a small nation, it’s a fact that the sightings are not made at random. Rather, the vast majority occur in and around some of the U.K.’s most ancient and sacred stone circles. And, of course, there’s that matter of time. Let’s take a look at a number of the stand-out cases on record. Tucked away on the fringes of an old English village called Long Compton is a roughly circular formation of stones called the Rollright Stones. For just about everyone that visits the stones, the effect is very much the same: a sense of being deep in the heart of a magical realm, one saturated by matters paranormal and supernatural. It’s not surprising, then, that the Rollright Stones have attracted numerous legends to explain their presence. There’s no doubting their point of origin: the Bronze Age. As for their purpose, that’s quite another matter.

That the Rollright Stones are made up of a circle referred to as the King’s Men and a burial area that the locals call the Whispering Knights, has led to the creation of an engaging legend. It’s a legend that dates back to the first decade of the 17th century. So the enduring story goes, an evil witch – one Mother Shipton – did not take kindly to the king and his knights intruding upon her land and so, as a result, she cast an ancient, powerful spell and turned the entire party into blocks of stone. In that scenario, the Rollright Stones are the petrified remains of a long-gone army that was defeated not by bows and arrows, swords, and spears, but by malevolent hex. 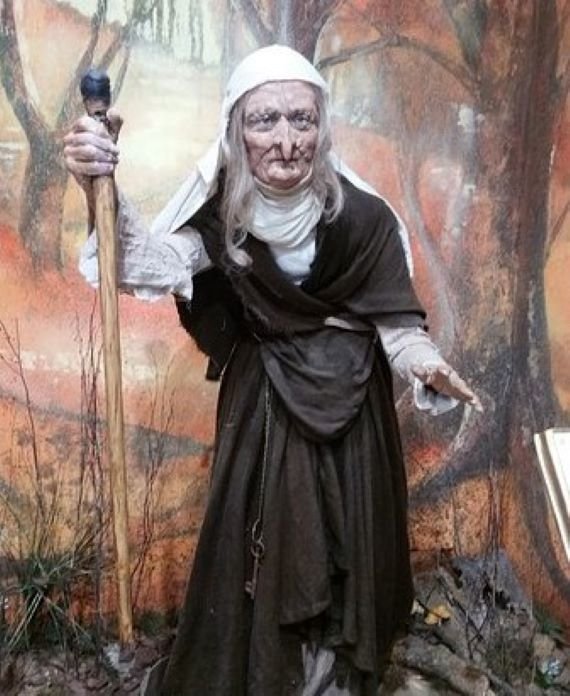 At the official website of the stones, there's the following: "This complex of megalithic monuments lies on the boundary between Oxfordshire and Warwickshire, on the edge of the Cotswold hills. They span nearly 2000 years of Neolithic and Bronze age development and each site dates from a different period. The oldest, the Whispering Knights dolmen, is early Neolithic, circa 3,800-3,500 BC, the King's Men stone circle is late Neolithic, circa 2,500 BC; and the King Stone is early to middle Bronze Age, circa 1,500 BC. The Stones are made of natural boulders of Jurassic oolitic limestone which forms the bulk of the Cotswold hills. This stone has been used extensively in the region for building everything from churches and houses to stone walls. The boulders used to construct the Rollright Stones were probably collected from within 500m of the site."

And, from Britain Express, we have this: "The stone circle is in a small clearing just behind a belt of trees atop the ridge. The circle measures about one hundred feet across (31m), and the stones are fairly small, ranging from several inches high to almost 9 feet tall. Perhaps because of the secluded location, the circle has an atmosphere of quiet mystery. The circle is also known as the King's Men. The stones are irregularly spaced, but drawings made by antiquarians suggest that there was originally a continuous wall of 105 stones placed side by side, with a small opening in the south west. Now only 70 stones remain, with several obvious gaps in the circle. Two stones, one standing, one fallen, lie outside the circle, flanking the opening, which is directly opposite the tallest stone and would have formed an entrance portal."

Now, we come to the matter of monsters. Paul Devereux is a noted expert on British-based stone circles and areas of archaeological significance, and the author of many books, including Stone Age Soundtracks: The Acoustic Archaeology of Ancient Sites. In 1977, Devereux created an ambitious program to study numerous standing stone formations in the U.K., ones which seemed to be surrounded by an excess of ultrasonic and magnetic phenomena. At the height of the investigation at the Rollright Stones, one of Devereux’s team caught a very brief view of a large, upright, shaggy-haired, animal lurking near the stones. In an instant, it was gone – something which prevented the witness from getting a good look at it. Nevertheless, he was sure it was no normal wild animal of the types that roam around the U.K., such as a fox or a deer. The Rollright Stones: a magical locale, to be sure.