In recent days, the forthcoming results of a report by the Navy’s UAP Task Force on unusual aerial objects observed by the U.S. military have remained an item of both speculation, and anticipation. In the days ahead of its release, some information about what it will likely contain has already been made available to the public, notably due to early briefings on its findings reported by the New York Times.

One consistent feature of the United States Department of Defense’s current UFO evaluations is that the objects, which are often referred to as “aerial” objects, are quite commonly associated with water. In some instances, the objects have reportedly been observed entering or emerging from the water, prompting their labeling as “transmedium” craft; that is, a form of technology that appears to be equally capable of traversing the air, or moving beneath the surface of oceans and other bodies of water.

While this may be news to many, it is nothing new in the broader scope of UFO reports from over the years. In fact, a significant number of sightings collected during the years of Project Blue Book, the U.S. Air Force’s official inquiry into UFOs that lasted from the early 1950s until the late 1960s, also conveyed instances where UFOs were observed by the crews aboard ships at sea. In at least some instances, these objects appeared to possess the novel “transmedium” capabilities described in relation to certain more recent UFO incidents. 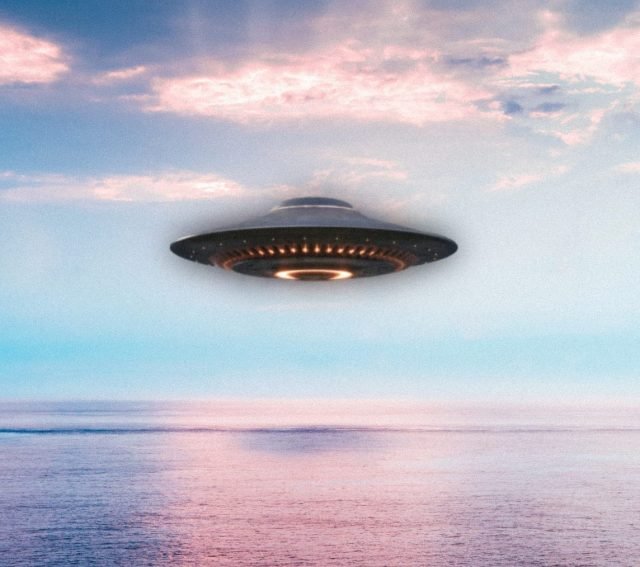 One example found within the Project Blue Book files occurred on November 8, 1959, and involved a civilian ship, the SS City of Almaco. The ship was traveling north of Hawaii on its way from Yokohama to Los Angeles, California. Suddenly, three crew members observed a brightly lit object following a low, arcing movement through the sky as it passed downward and into the water. The incident prompted the ship to change its course to observe the area where the light appeared to enter the water, but nothing was found in the vicinity where the object had been seen.

Blue Book investigators came to the not-unreasonable conclusion that the object seen by the crew aboard the SS City of Almaco had likely been a meteor. However, some of the other Blue Book sightings at sea are more perplexing.

Another notable incident was logged on January 11, 1966, by the crew aboard the SS Morgantown Victory as it sailed approximately 1,070 miles southeast of Tokyo. Three witnesses aboard the vessel—the Helmsman, Bow Lookout, and Third Mate—all observed a large, illuminated cigar-shaped object approaching their ship. The object, which produced a yellow-orange color, appeared from in the direction of the horizon and reportedly made a turn of nearly 180-degrees to avoid passing directly over the ship, seemingly indicating an awareness on part of the object of its presence. At its closest position to the ship, the crewmen estimated it to have been within one mile of them, never exceeding an elevation of around 400 feet.

The crew observed the object for 30 seconds while it hovered in place, after which it then passed in front of their vessel. The crewmen noted that the brightest portion of the craft appeared to be along its front, with a slightly reduced glow further back along the body of the object, although it produced what they characterized as a fiery-looking tail. The observers watched the craft for close to three minutes, estimating its length to have been as much as 250 feet, and with a height of about 40 feet. Upon reporting the incident, the ship’s Master became concerned that the crew might have witnessed an aircraft crashing into the ocean and ordered a search of the area. The ship conducted two turns, but no evidence of any aircraft or other objects on the surface of the ocean could be found. 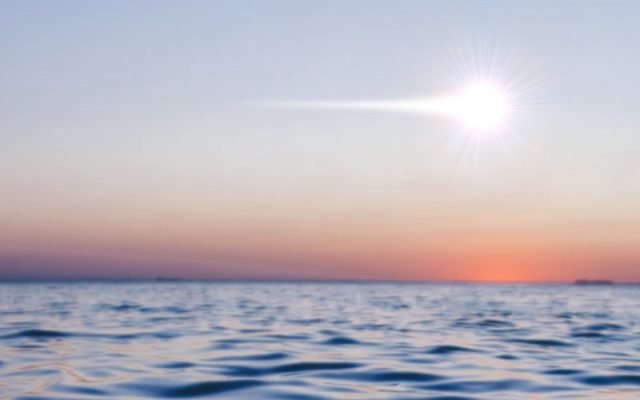 Blue Book investigators concluded that the object crewmembers aboard the SS Morgantown Victory had witnessed was the reentry of the Soviet Cosmos 53, decaying as it passed through Earth’s atmosphere.

Even in the years after Blue Book, sightings at sea of unusual objects would continue. One very interesting observation that appeared in 1977 in the Marine Observer recounted a sighting by the Skipper and Radio Officer aboard the M.T. Farnelia, which involved an unusual light they watched for several minutes.

According to the Radio Officer’s account, “At 2307 GMT while I was visiting the wheelhouse, the Skipper pointed out to me an object flying across the sky. It had already been in view for some five minutes or more and was first observed on a bearing of 140°T heading due North. I first sighted it on a bearing of 050°T.

The Officer’s account states that the location of the light "was constantly kept by myself and the Skipper with the aid of binoculars from the time I first sighted the object,” which he described as “a brilliant light traveling at a very high altitude, leaving a bright V-shaped trail of rays which could be likened to the sun's rays as they would appear from behind a cloud.”

As the sailors observed the light, they watched as it moved toward the north, then after traveling for some time, it appeared to return toward them while descending in altitude toward sea level.

“I would point out here that there was no visual evidence of the object actually turning back,” the officer noted, “but rather as though it had been put into reverse.”

Strangely, by now the object’s appearance seemed to have changed as well. The Radio Officer stated that the craft was now “totally circular in shape,” and that the “outer edge of the circle I would describe as glowing and within that was another circular object, more intense, and within that was a brilliant pulsating white light as when the object was first sighted.” During this time, the object appeared to reach its closest point in proximity to the sailors, still descending in altitude as it moved.

"The object stayed in this position for approx. two minutes and then vanished within the outer glow, this glow finally fading from our sight also. At 2320 nothing was left to be seen of either the object or the glow,” the report states. Although the object could be seen descending before it vanished, neither observer was able to discern where it might have gone, or whether it passed into the ocean.

Such reports only represent a small sampling of the maritime UFO incidents that have been logged over the years, the likes of which may see renewed attention in the days ahead with the release of the public version of the UAP Task Force report. However, for longtime proponents of a UFO reality, these sightings involving “USOs” entering, exiting, or flying over water are nothing new, and perhaps represent one of the most consistent and perplexing aspects of the broader phenomenon.