The second century building has “magnificent frescoed walls” as described by Verona’s archaeological superintendent which is the department that is in charge of archaeology for that specific area. While it’s currently unknown as to what the building was used for, what is clear is that there was once a damaging fire that occurred. The fire caused the roof to collapse and there were several pieces of charred wooden furniture that were found within the building. Wall-heating systems, and floors including one made of cement with decorative tesserae tiles were also found according to a press release from the Superintendency of Archaeology, Fine Arts and Landscape of Verona, Rovigo and Vicenza. 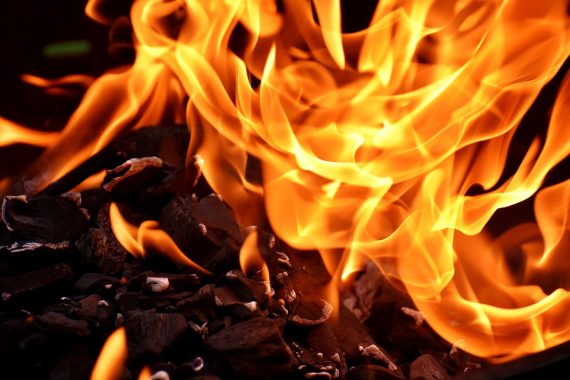 According to the superintendent, “A fire seems to have put an end to the attendance of the complex;” however, “the environment was preserved intact, with the magnificent colors of the frescoed walls dating back to the second century.” “A calamitous event, in this case a fire, suddenly marked the end of the complex, leaving traces.”

A picture of the building’s remains can be seen here.

Another discovery was made close to Verona (in the town of Negrar di Valpolicella) a little more than a year ago when a perfectly preserved Roman mosaic floor was found underneath a bunch of vines. It was once part of a Roman villa’s foundation and is believed to date back to the 3rd century AD.

As for the actual Pompeii, it was destroyed when Mount Vesuvius erupted in 79 AD. And several discoveries have been recently made there as well, such as an almost perfectly preserved ancient chariot. The four-wheeled chariot, which was made of iron, bronze, and tin, was used in ceremonies. The high iron wheels were connected to an advanced mechanical system and the body of the chariot had beautiful decorations with engraved bronze sheets, painted wooden panels, and medallions that depicted symbolic scenes.

Additionally, the remains of two fleeing men (believed to be a 30-to-40-year-old landowner and his 18-to-25-year-old slave) were found so well preserved that experts were able to confirm that they were wearing wool clothing. And other experts believe that they found the remains of a senior naval officer who was sent by Pliny the Elder on a rescue mission to help those affected by the eruption to escape.