Over the last few years author David Weatherly has been working on a still-ongoing, very ambitious project. And, there's no doubt that it's one of the most important projects in the field of Cryptozoology, too. And, if you don't know why, here's the reason: David has took it upon himself to write a series of books chronicling the strange creatures that have been seen throughout every state of the USA. Considering the fact there are no less than fifty states, that means, eventually, there will be fifty books, too. I'm pleased to say that David is still going full steam ahead. Indeed, so far the books on Nevada, Arizona, Alaska, and Indiana are already in print. All of this brings me to the very latest one in the series. It tackles the many and varied monsters of North Carolina. You may not be surprised there are many of those monsters! With that all said, now its time to dig deep into the pages of Monsters of the Tar Heel State. First, I have to say that the book has an excellent, atmospheric cover, thanks to Sam Shearon, and an excellent foreword from Joshua P. Warren. The creatures (or, rather, the "cryptids" as some monster-hunters prefer to call them) are split into various groups. There are creatures of the water, "swamp monsters," wild men and Bigfoot, and much more. Now, let's begin.

The book begins with a fascinating chapter on what we might accurately term "out of place" animals. As David states: "North Carolina has a long history of exotic cat reports from purported extinct cougars to the officially non-existent black panthers. News stories dating back to the 1800s show that a wide range of felines, weird canids and other assorted varmints have tromped through the state over the years." Nothing less than tigers were seen in both Iredell and Tyrrell Counties in 1890. Having scoured old newspapers, David came across a report from 1932 of a "wild hyena-like animal" in the town of Marion, which makes for fascinating reading. At least some of these reports were likely due to people who bought exotic cats that grew and grew, and to the point where the animals managed to escape from their homes and headed off into the wilds. 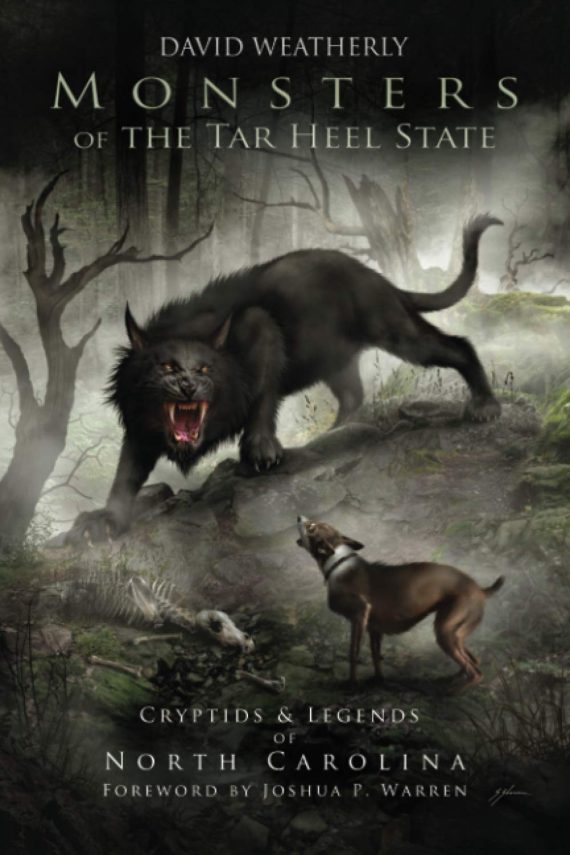 Then, there's the "demon dog" of Valle Crucis, a huge black hound. In this case, we may be talking about a creature of supernatural proportions. An eerie cemetery, a full moon, and an old church are just a few of the ingredients in this particular story. Such creatures are known as "Phantom Black Dogs." David provides us with solid background information on the PBDs, and he details the extent to which such things instill terror in people. Moving on, there's the matter of the "Beast of Bladenboro," a beast that, in the early 1950s, provoked terror around town. It puzzled people, too, as it was difficult to figure out if the animal was a large cat or a huge dog. The lines, clearly, were blurred. It's a case that is still legendary in the area to this day. 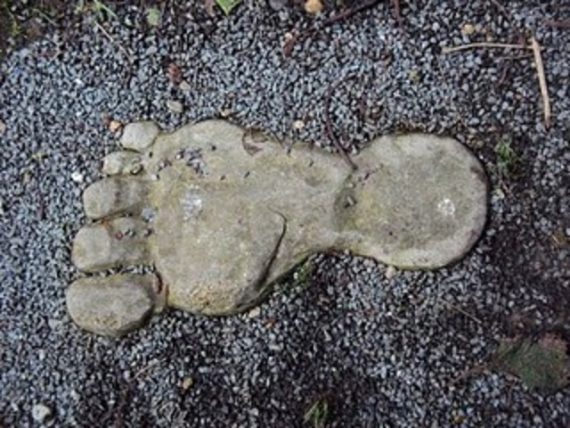 Of course, no book on strange creatures in the United States should omit Bigfoot. And, David most assuredly doesn't. We get to learn not just of the local Bigfoot creatures, but of so-called "Wild Men" too. As David shows: "Wild man stories turn up early in North Carolina. An account published in the Annapolis, Maryland, Gazette on June 27, 1793, recounts reports from a man on the South Fork of the Saluda River about an 'extraordinary animal.'" Staff at the Gazette wrote: "The animal is between twelve and fifteen feet high, and in shape resembling a human being, except the head, which is in equal proportion to its body, and draws in somewhat like a terrapin." An undeniably weird thing, to say the least. For those who are interested in Bigfoot reports of times long gone, David has an entire chapter titled "Early Bigfoot Encounters." And, it's followed by a chapter titled "Modern Sightings: 1980s & 1990s."

Now, we come to monsters of the waters. That's right: we're talking about North Carolina's equivalents of the Loch Ness Monster. David says: "Six miles above Warm Springs, on the French Broad river in Madison County, is a spot that was known to the natives as the 'Dakwa Place.' A dakwa, or monster fish, was said to have lived in the water at this location." There's this from David, too: "Numerous spots in Swain County bear names related to the uktena, the great serpent of the Cherokee. David spends a great amount of time looking at the legends of the water-based monsters of North Carolina and digging out some fascinating stories. Add to that the Wampus Cat, the Monkey-Dog, the Cameron Village Sewer Blob, swamp monsters, the Lake Norman Monster, and even mermaids, and what you have is a fascinating book that makes it very clear just how intriguing and mysterious North Carolina is.