Evolution remains one of the greatest mysteries of the natural world. Virtually everything that makes modern humans the way we are today has been governed over the course of millions of years by natural selection, although a number of questions still remain about why we evolved to possess certain traits, and whether some of them are truly advantageous.

One example involves motion sickness, which some have likened to being an evolutionary anomaly on account of how unlikely it is to provide an advantage of any kind (in addition to being extremely unpleasant). What might the benefit of becoming ill when subjected to motion actually be? Indeed, this would appear to represent a genuine evolutionary mystery in the first degree.

Early studies that have looked at this include a 1977 study by Michel Triesman, who sought to understand not only why humans experience this unique form of sickness, but also a number of other species. 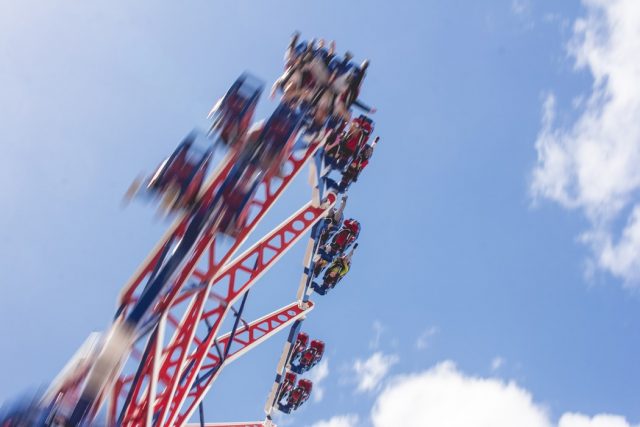 “Since the occurrence of vomiting as a response to motion is both widespread and apparently disadvantageous, it presents a problem for evolutionary theory,” Triesman conceded in his 1977 study. To help account for it, he considered whether the onset of nausea in response to movement could arise from problems that occur in relation to eye or head movement in relation to other functions of the body occurring during motion.

Specifically, Triesman hypothesized that motion sickness could result from “difficulties which arise in the programming of movements of the eyes or head when the relations between the spatial frameworks defined by the visual, vestibular, or proprioceptive inputs are repeatedly and unpredictably perturbed.” However, one problem with understanding the evolutionary basis for something like motion sickness also involves accounting for instances where fast or jarring motion that we can experience today—namely while traveling in automobiles or other modern vehicles—would have occurred in the ancient past in order to account for adaptations to such situations taking place along the evolutionary timelines of modern animals.

However, it might not be the case that nausea and other responses we recognize today as coinciding with motion necessarily evolved as a response to such circumstances. In Triesman’s view, motion sickness might be a response to an entirely different set of evolutionary circumstances.

“Such perturbations may be produced by certain types of motion, or by disturbances in sensory input or motor control produced by ingested toxins,” Triesman theorized.

“[Toxins] would be the important cause in nature, the main function of the emesis being to rid the individual of ingested neurotoxins,” Triesman wrote. “Its occurrence in response to motion would be an accidental by-product of this system.” In other words, the way our bodies respond to the presence of certain toxins could cause conditions within the body that are similar to how we feel in response to different kinds of motion today.

Not everyone agrees with the idea that motion sickness actually has its basis in biological responses to toxins, though.

“Treisman's ‘poison’ theory is plausible, and frequently cited as the accepted scientific explanation for motion sickness,” wrote Charles Oman in a 2012 paper. “However, alternative explanations have been proposed,” which include conflict arising from brainstem sensory neurons during motion and a variety of other possible mechanisms.

Nonetheless, any number of potential evolutionary drivers behind motion sickness could lead it to being seen as providing an obvious advantage, rather than being an unsavory anomaly in the way our bodies evolved. If our ancestors ingested a toxic substance, for instance, the body’s response would naturally be to get it out of the system—to vomit, or perhaps also through defecation, that is—and thereby rid themselves of the harmful elements within the body. The fact that we get sick while traveling is likely our evolved senses kicking in and recognizing motion as causing effects on the body that it interprets as being similar to how our ancestors might have felt if they sank their teeth into a cut of megafaunal steak that had been left in the Pleistocene sun for a tad too long.

There you have it: if Triesman’s hypothesis is correct, then motion sickness is actually just another one of the remarkable ways our bodies respond to potential dangers, the likes of which our ancient forebears encountered on a daily basis. Unlike our ancestors though, thank goodness we also have Dramamine here in modern times.