Mysterious Gigantic Circular Formations Could Point to Earth’s Volatile Past

Since the early formation of the Earth, our planet has been subjected to countless impacts with meteorites and other spacefaring debris over the course of the last several billions of years.

A majority of the debris that actually enters our atmosphere is so small that it disintegrates somewhere in the neighborhood of about 50 to 75 miles from Earth’s surface. Most of the space objects (otherwise known as meteoroids) that actually do reach the surface of Earth are relatively small. Generally, a space rock would have to be about the size of a marble or larger to possess enough physical material to withstand the friction it encounters as it enters the atmosphere, and thereafter collide with the Earth.

By this time, the collisions amount to tiny pebbles comparable to a grain of sand falling to the ground. Because of their innocuous size, as many as 17 impacts are believed to occur every day, with tiny bits of burnt space rock landing in remote areas or passing into oceans unnoticed by most of us. 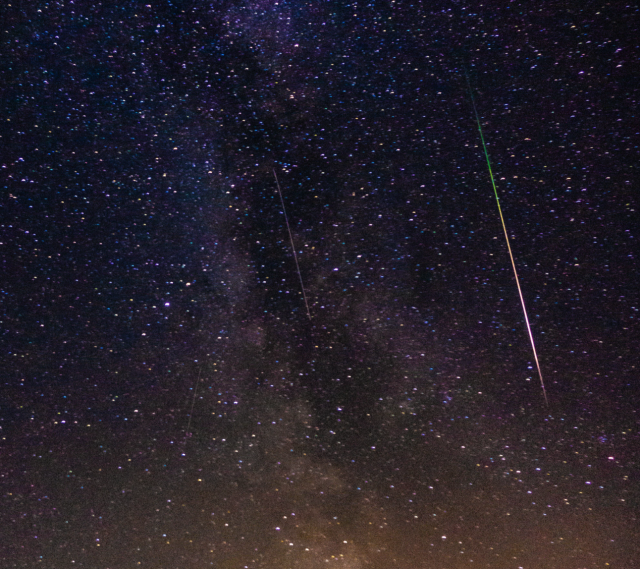 Of course, this isn’t to say that there haven’t been rare instances where much larger space objects have collided with Earth throughout time. The gigantic Chicxulub crater located within the Yucatán Peninsula in Mexico, associated today with an impact event that killed the dinosaurs many millions of years ago, was formed when a 10-kilometer asteroid slammed into the ancient Earth.

While the Chicxulub crater is recognized as the only massive asteroid impact that has been definitively linked to a mass extinction event, research that has been conducted in recent years may point to a smaller scale impact event that could be associated with megafaunal extinctions that occurred toward the end of the last ice age. Proponents of the Younger Dryas Impact Hypothesis (YDIH) contend that climate proxies and other data collected from this period suggest that an extraterrestrial impact coincided with a return to colder temperatures that occurred between the end of the Pleistocene and the beginning of the Holocene epochs. Around this time, several varieties of megafaunal species are also known to have vanished from the paleontological record.

One of the issues that proponents of the YDIH have faced has to do with the difficulty researchers have had in locating the actual site of the presumed impact. In 2018, a study by Danish researchers found a large impact feature located beneath Hiawatha Glacier in northwest Greenland, which some suspect might represent the impact believed to be associated with the Younger Dryas event.

Given the difficulty that researchers have had locating certain larger suspected impact sites, is it possible that there could be additional evidence that supports massive impact events in the past that have gone largely unnoticed?

In the 1970s, researcher J.M. Saul made just such an argument, following an extensive analysis he performed of topographic and geological maps. In a paper entitled “Circular Structures of Large Scale and Great Age on the Earth's Surface” that appeared in the journal Nature, Saul said that a number of faint terrestrial patterns that represented large circular shapes could be discerned, which had not been previously described in scientific literature.

According to Saul, some of the circular formations measured as much as 700 kilometers in diameter and represented nearly perfect geometrical figures. The features appeared to be comprised of raised areas that Saul characterized as having been the result of geological processes that included fracturing and brecciation (that is, the breaking down of stone into fragments). According to Saul, such features could be observed in a number of different environments and affected rocks of all different ages.

In more than half of all the instances he observed, the features Saul had studied could be completely traced to reveal a clearly discernible circular feature.

“Many of the circles are intermittent in places along their rims,” Saul wrote, “but about 55% of the approximately 1,170 definite circles observed to date can be visually traced around an entire 360° of arc.” 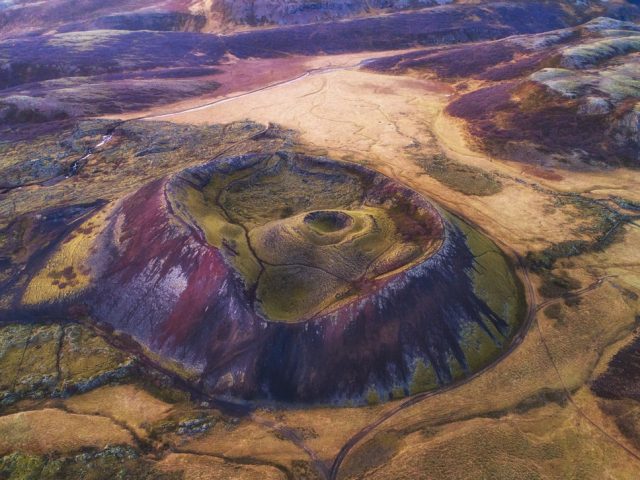 Among the largest that he was able to discern had been a feature encircling the southern end of Africa, which he estimated to have been approximately 2200 kilometers in diameter. Other massive circular features probably existed elsewhere too, he guessed.

So what actually led to the formation of these massive circular features? One theory is that they could be the result of 4-billion-year-old meteorite impacts. More specifically, an “intense meteorite bombardment” on par with those which have led to the present markings on the moon and other planets in our solar system might have been the cause, at a time early in Earth’s history when it was subjected to similar meteorite “storms.”

Of course, with the passing of eons, and the uniformitarian processes of geology slowly eroding the Earth over time, such features have become somewhat less distinct. Regardless, something appears to have led to their formation long ago in Earth’s history, and these mysterious circles in stone—whatever the source of their formation might actually be—remain a curious testament to the volatility that our planet experienced in its early days.