Should UAP be changed from Unidentified Aerial Phenomena to Unidentified ‘Aquatic’ Phenomena? Or should underwater UFOs and their bases get their own name, abbreviation, and task force? UFO expert Gary Heseltine might support the latter. He’s the vice president of the new International Coalition for Extraterrestrial Research (ICER) – a group of UFO researchers and scientist from 27 countries whose mission is “Preparing for Contact” – and he believes that contact preparation should involve wetsuits and submarines. 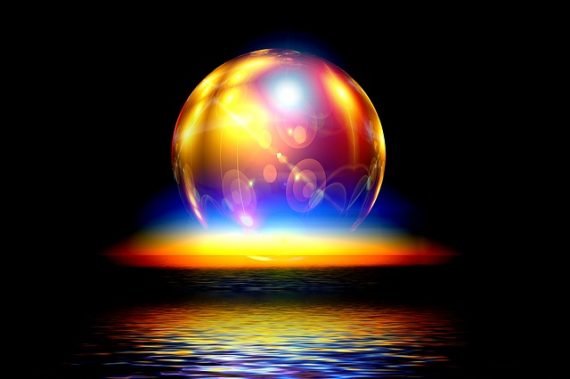 Good point, although Heseltine’s most famous investigation involved the non-water UFO event at Rendlesham Forest, Suffolk, in 1980. Heseltine has the credentials for his position at ICER -- he created the Police Reporting UFO Sightings (PRUFOS) database, and founded or worked for a number of leading UFO publications. That lifetime of UFO research revealed to Heseltine the missing link between aliens, underwater bases and recent military UFO encounters – nuclear power. As he explains in a recent interview with The Sun:

"There is a massive correlation between UFOs being seen near nuclear facilities, whether it's nuclear aircraft carriers, nuclear submarines, nuclear weapon storage areas, power plants. This would seem to indicate that it's as if they're saying 'we don't like nuclear weapons' so they show up. Maybe they realize we could destroy this beautiful planet. If you think about it if there was World War III and we made toxic all the water then that would affect their habitat. That's why I think there's correlation with water - they have bases and we only know 5% of the ocean."

Heseltine points to the 70-year history of UFO sightings dating back to the time of the Roswell incident as evidence that aliens have “been here all that time, they’re not a threat" and the only reason for the recent uptick in encounters is our own better equipment. However, he believes that “everything is pointing to ET or non-humans,” thus ICER was formed to “start preparing people for a massive psychological change” – one he predicts will happen soon … and from the water rather than the air.

“ICER, a not-for-profit organization, is comprised of scientists, academics and leading UFO/UAP researchers from 27 countries on 5 continents who are unanimous in their recognition that we are not alone in the cosmos.

Based on more than 75 years of research, ICER acknowledges that the UFO/UAP phenomenon is real; it acts with intelligence and is likely to be extraterrestrial/non-human in origin.”

The members list of ICER is a Who’s Who of international UFO researchers. President Dr. Roberto Pinotti is the founder of Italy’s Centro Ufologico Nazionale, former editor of its UFO Magazine, and has organized more than 100 national and international UFO conferences. U.S. representative Donald R. Schmitt is a co-founder of the International UFO Museum and Research Center in Roswell, New Mexico, and former co-director of the J. Allen Hynek Center for UFO Studies in Chicago. Professor Lachezar Filipov of Bulgaria is a Space Astrophysicist and astronaut trainer. Dr Eamonn Ansbro of the Republic of Ireland is an astronomer. (Watch a video of some of them here.) The list goes on and on (see them all here). 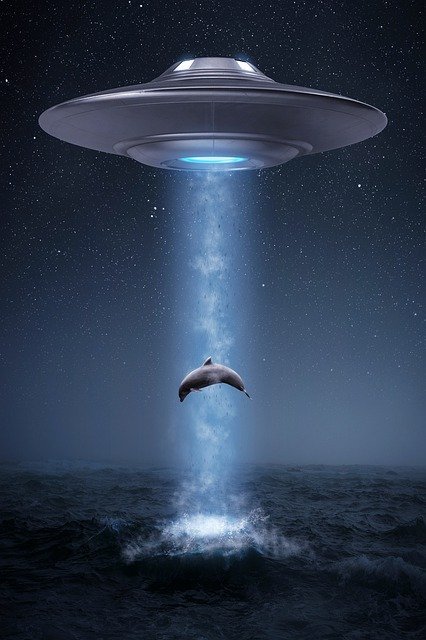 Gary Heseltine is certainly correct about the many UFO sightings around nuclear facilities – which many believe are aliens monitoring to make sure we don’t destroy ourselves and the planet. There have been instances of UFO sightings at nuclear missile sites prior to their mysterious shutdowns. The fact that the number of nuclear-powered ships and submarines is rising, and there is increased talk of using nuclear power in spaceships certainly can create a plausible link to the recent sightings around them. Finally, the admission by the military that many of the UFOs seen by Navy personnel are transmedium – videos seem to show them traveling both over and under the water – lends credence to the idea that they came from underwater bases rather than outer space … at least for the recent encounters.

Does it all add up to Unidentified Aquatic Phenomena and Aqua-Terrestrials? Extra-Aquatics? We’ll keep an eye on ICER to find out.

The Bizarre Story of the Blackburn Cult