Is there anyone who hasn’t seen the movies or heard the many different stories about the Rhode Island farmhouse that helped put Ed and Lorraine Warren on the path to paranormal fame? The Warren’s are gone and the 1736 farmhouse in Harrisville has changed owners since the Perron family had their famous ghostly encounters, but one thing seems to have remained the same – the house is still haunted. Paranormal investigators Jennifer and Cory Heinzen bought the house in 2019 and gained the support of a member of the Perron family with their promise to preserve it and make the house available to the public and researchers. Unfortunately, the pandemic prevented that, but the virus didn’t seem to affect the ghosts and heir daughter, Madison has been documenting the activities on TikTok.

“This happened last year when I was in the kitchen. I was eating dinner by myself and I saw someone run by me. I caught it by the left corner of my eye, and all I saw was a veil and a skirt and it just vanished into thin air. This had all happened in a span of three seconds, and I just sat there in complete disbelief not knowing what to do afterwards.”

Others in the house have encountered this spirit, which is generally described as a woman in a wedding dress – hence the veil. Her parents report they’ve heard doors opening, footsteps and knocking, but they don’t believe it’s anything evil – and certainly not the infamous Bathsheba who was the real star of the movie. However, they know that other owners have found the spirits to be friendly at first but turn evil once the residents become comfortable. The Heinzen’s have installed 12 cameras throughout the house to document ghostly activities even when they’re not around. Those might be better viewing for paranormal fans, since many of Madison’s TikTok clips are more entertaining than informative.

"This house made me sick, and I did not recover from this investigation for about three weeks. It took everything out of me. My body wasn't functioning right. My balance. This place is haunted by something I believe is very ancient."

That’s paranormal investigator Zak Bagans, who visited the house for the Travel Channel's Ghost Adventures and seemed to have taken a bit of the horror home with him. For more on the house itself, Heinzen also has a YouTube channel with a 25-minute tour and interviews with her parents. One new feature of the house that Madison has uncovered is that it once hosted a daycare.

"You guys did hear me correctly when I said there was a daycare at The Conjuring house. Previous visitors of the daycare have come forward to us to talk about their paranormal experiences while being there, in which doors would just randomly open or objects would move out of place and just things like that."

There are toys left behind and drawings of someone the kids called “the crooked neck lady,” and Madison reveals that all of the children were unenrolled on the same day! 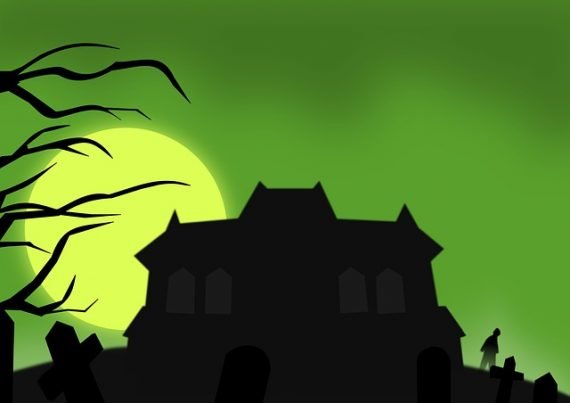 Now that the pandemic is subsiding, it’s open for stays (although Madison says it’s already booked for the rest of 2021), but it can be visited on weekends and investigations for $125 per person. Before you get overconfident, it should be noted that Madison Heinzen doesn’t live there fulltime. Too scared?

This old 300-year-old farmhouse in Rhode Island plays a prominent role in paranormal and horror movie history. It’s nice to see it go modern by starring in TikTok videos. Is it time for another sequel?

When Animals and Strange Creatures Speak…Allegedly!