A recent survey has revealed some very interesting results in regards to people living in Britain and their knowledge/beliefs about dinosaurs. Two thousand individuals were polled in the research project which was commissioned by Boat Rocker Studios in order to celebrate National Dinosaur Day (this was on June 1st) and a new animated series called Dino Ranch.

The most jaw-dropping result is that 1 in 10 Brits believe that dinosaurs continue to exist in a remote area on Earth or that they just recently became extinct. More specifically, a fifth of those polled believe that the creatures were still roaming the Earth between 2,000 and 10,000 years ago – much more recent than 230 million to 66 million years ago when an asteroid caused their demise.

With approximately 1,000 dinosaur species confirmed, the average adult can only name five and of course the Tyrannosaurus rex is the most popular. Interestingly, 55% of those polled who were parents stated that their kids were “obsessed” with dinosaurs and half of them revealed that their children are more informed about the creatures than they are. Also, 55% said that their love of dinosaurs was passed down to their kids. 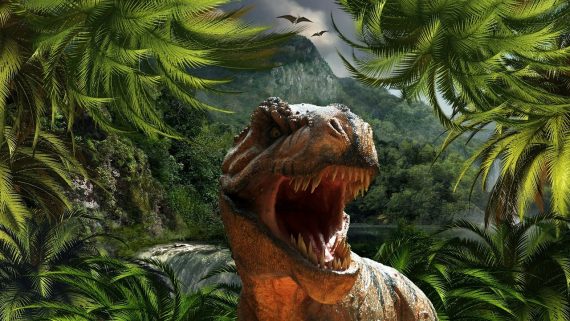 Additional results concluded that 1 in 6 adults were convinced that dinosaurs only inhabited Africa, Mexico, and North America. This is astonishing considering that bones have been found all around our planet.

As for visual questions, two-thirds of those surveyed couldn’t pick out a Brontosaurus – known for its extremely long neck – out of a photo lineup, and 33% of them couldn’t pick out a Triceratops (famous for its three horns). Needless to say, a lot of Brits failed the quiz on how well they know dinosaurs. 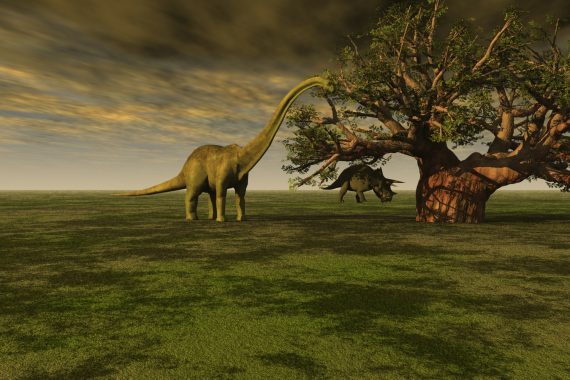 Professor Steve Brusatte, who is a palaeontologist at the University of Edinburgh, stated that dinosaurs still fascinate a lot of people and there is still a lot more we need to learn about them. “New discoveries by a vibrant generation of young scientists have really changed scientific perceptions of what dinosaurs were actually like, and we now know that they were smart, active, dynamic animals more like birds than overgrown scaly lizards as they are often depicted,” he said, adding, “To be completely correct, dinosaurs never truly went extinct at all – birds descended from dinosaurs, which makes them dinosaurs.”