In 1948, shortly after the “Flying Saucer” craze had erupted over the Americas, a new kind of aerial apparition began to be frequently reported: the so-called “green fireballs.”

Among the most notable sightings had been one occurring over New Mexico in late 1948, reports of which were logged by the crew aboard both military and civilian aircraft operating on the night of December 5. Both groups of observers likened the object to “a huge green meteor.”

The December 5 incident had not been the first time that bright fireballs lit up the night sky over America. In February of the same year, a brilliant flash of night occurring in the night sky over Kansas had been announced as the result of a meteor by Dr. Lincoln LaPaz, then director of the Institute of Meteorites at the University of New Mexico. Later that summer, reports of a huge green fireball observed over Oregon also made headlines, after a bright meteor was observed by many Oregonians on the night of June 28, which disappeared over the ocean. 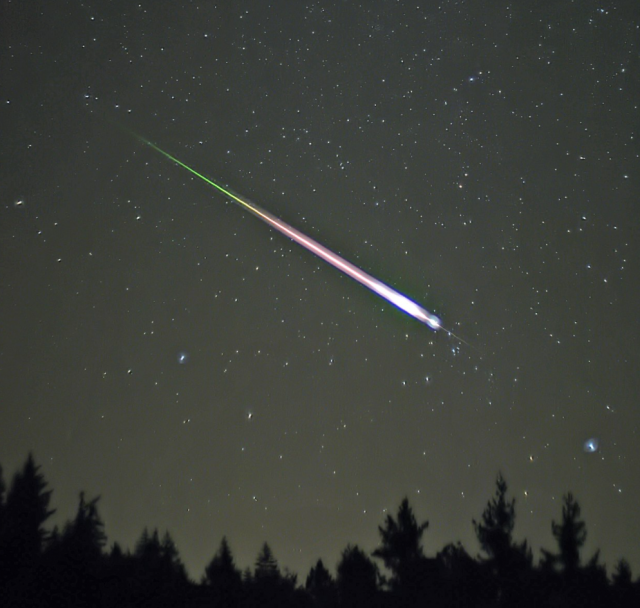 However, the objects that were being seen over the southeast in December appeared to behave differently from typical meteors, a fact noted by LaPaz in a letter he sent to the U.S. Air Force on December 20. The following month, a concerning new possibility had been raised in official circles: The Director of Army Intelligence from Fourth Army Headquarters in Texas had suggested that the strange fireballs could be the “result of radiological warfare experiments by a foreign power,” and deemed this possibility to be “of such great importance, especially as they are occurring in the vicinity of sensitive installations,” that a scientific board should be established to investigate the matter.

The U.S. Air Force had already become concerned about the presence of unusual flying objects operating over America, following a rash of reports of the alleged objects in the weeks following a landmark sighting by pilot Kenneth Arnold over Mount Ranier, Washington. The sightings helped initiate the formation of Project Sign, the first Air Force investigation into the possible source of the objects. In February 1949, a conference was held at Los Alamos which Project Sign investigators attended, along with several scientists and other military personnel, with the objective of assessing the fireball sightings, although the conference led to no conclusions about what their source might have been. The following December saw the establishment of Project Twinkle, which involved plans for systematic efforts to observe and photograph the mysterious green objects, although the operation never saw full implementation, and was discontinued after just two years in operation.

However, the sightings had not completely subsided, and on January 22, 1953, an article in the Santa Fe New Mexican featured the latest theories of Dr. LaPaz, which still involved the possibility that Russian technology could be to blame. 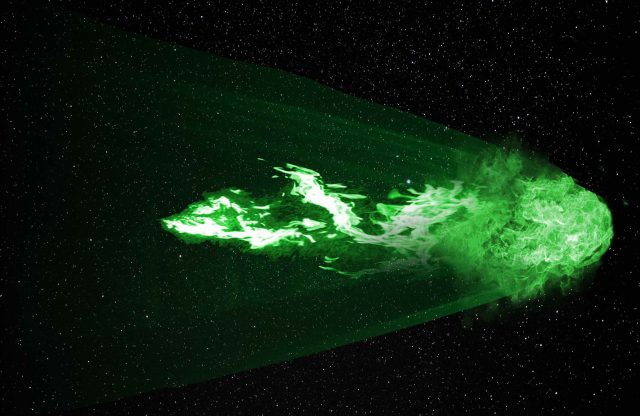 “A fireball expert said today Russia may be scouting the United States and other parts world with strange new guided missiles,” the article stated. “Dr. Lincoln LaPaz said a good many shreds of evidence point to green fireballs sighted throughout the world being a type of missile—possibly of Soviet make.”

Although the mysterious green fireballs are commonly associated with the early years of UFOs, there have been some notable incidents throughout the ensuing decades that appear to describe similar phenomena.

On the night of November 17, 1995, the crew aboard Lufthansa Flight 405 and that of British Airways 226 each observed a brightly lit, greenish object as it flew past them while flying over Long Island, New York. Several of the observers described it as resembling a green projectile, which they estimated to be flying at an altitude approximately 3000 feet above them and to their left. Following the incident, Peter Davenport of the National UFO Reporting Center compiled additional information about the incident, and also obtained a transcript of the communications between air traffic controllers and the pilots who observed it. Strangely, the transcripts revealed that the object had apparently managed to evade detection by radar at the Air Route Traffic Control Center at nearby Nashua, New Hampshire, despite being observed by multiple witnesses on the night in question.

Is it possible that the sightings of green fireballs from over the years represent nothing more than the occasional peculiar behavior of meteorites as they burn through our atmosphere? Even Dr. LaPaz seemed to think otherwise based on his assessments of the sightings from the late 1940s, although his attribution of the phenomena to prospective Russian technologies seems to fall flat—much like the modern attribution of UAP observed since 2004 to Russia or China, an unlikely conclusion that many nonetheless appear to maintain.

Although prosaic explanations may exist for the green fireballs, their source still remains undetermined, leaving them as one of the many peculiar and colorful footnotes in the broader history of the longstanding UFO mystery.

DNA Reveals East Asia Was Hit by Coronavirus Over 20,000 Years Ago