On the Road: A Look at the Mysterious Black Cars the M.I.B. Drive

After writing articles in the last few days on UFO researchers being the subjects of government files, getting knocks on the door from "The Man," and strange phone calls, there's one more aspect to this particularly sinister part of Ufology: namely, those mysterious black cars that the mysterious M.I.B. drive. The number of reports that fall in this category are huge, and I don't exaggerate. Indeed, I could write an entire series of articles on the "Cars in Black" phenomenon. One of the people whose M.I.B. experiences feature in my 2015 Men in Black book is a friend of mine, Steve Ray. After reading the book, and just a few days after it was published, Steve experienced something unusual. In his very own words to me: "I read the whole Kindle version of the book Sunday and Monday. Monday night I came home and found two black cars parked – headlights out – in non-assigned spaces directly facing my assigned parking space. When I came upstairs, I found my living-room lamp had been switched from its normal setting to the spookier black-light setting – which I have no memory of doing, and I was the last one here." I told Steve I was not surprised. He was not comforted by my words; not at all. He wasn’t meant to be. I tell it as it is: good, bad, or worse still. Now, let's take a look at some more cases. 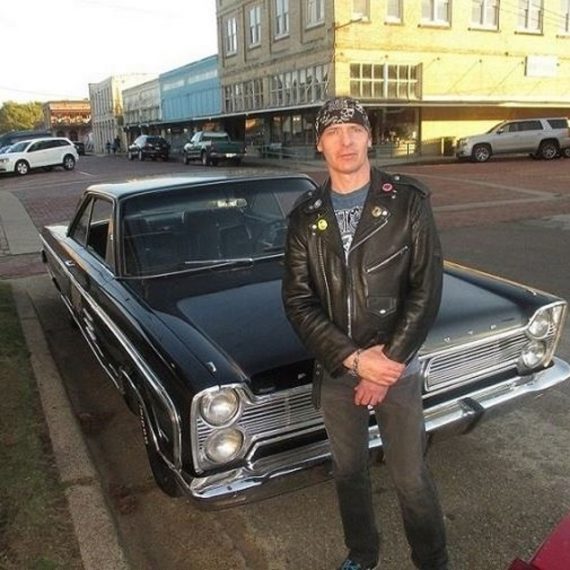 Nick Redfern and one of those black cars

Dr. Josef Allen Hynek, a well-renowned UFO authority who died in 1986, was provided with the details of a fantastically-strange MIB encounter that occurred in a small Minnesota town in late 1975, and that falls firmly into just such a category. Ironically, no UFO was seen on this particular occasion, but the chief witness was harassed by the driver of a large, black Cadillac on a particular stretch of highway, and who nearly forced the man into an adjacent ditch. The irate man quickly righted his vehicle and headed off in hot-pursuit, only to see the black Cadillac lift into the air and, quite literally, disappear in the blink of any eye. Moving on: Gareth Medway has put together an excellent document on M.I.B. cases, some of which involve those black cars. As Gareth notes: "George Smyth of Elizabeth, New Jersey, went to visit two teenagers who had seen a mysterious green entity [in 1966]. The boys were surrounded by a crowd. He noticed two men emerging from a large black car, leaving a third behind the wheel. They had a slight slant to their eyes. Later, when Saucer News investigators went to visit one of the lads, Smyth noticed the same black car parked nearby, and the same two men get out and watch the house while the interview was going on. Two weeks later he received a phone call telling him to give up UFO investigation."

Now, onto a story given to me in September 2016 at the annual Mothman Festival: one of the people who came to chat with me, as I sat at my vending table, was Irene, a woman who related a very bizarre story; one with clear M.I.B. / Women in Black overtones attached to it. As Irene revealed, she is now-retired and had a very strange experience while living in Pasadena, California in the late 1970s – in either 1978 or 1979. In the early hours of the particular morning in question she inexplicably woke up and felt compelled to go to the bedroom window. On doing so, she was shocked to see a car-sized, oval-shaped UFO – of a bright blue color – that hung in the air for a few seconds, before vanishing into the dark sky above. She raced back to the bed, terrified by what she had just seen. On the following evening, however, something even stranger occurred. 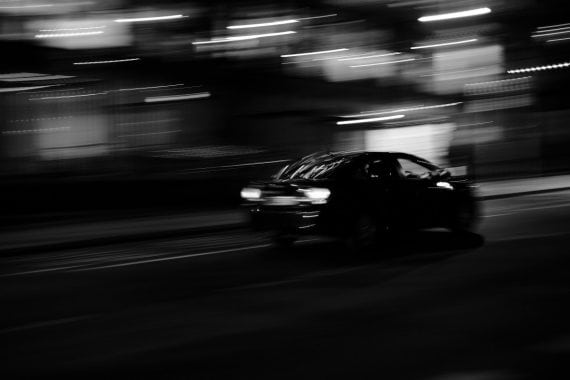 There was a knock at the door. It was a very pale-faced woman in black who claimed to work for a company that offered aerial photographs of peoples’ homes – taken by an expert photographer, then framed, and that would look very nice on the living-room wall. There was, however, something that made Irene think things were just not quite right, not at all. Her instinct proved to be right on the money. When the woman, somewhat oddly, offered to show Irene one of the cameras that the company used, she agreed to see it – although why she would need to see it at all makes very little sense. If any sense at all. The woman proceeded down the drive and got in the backseat of the black car she had arrived in. In a few seconds, however, she was back out of the car. Irene could see the camera, but was very surprised by what happened next: the woman quickly took a photograph of the front of Irene’s house, jumped back into the car, and in seconds was out of sight.

Now, onto another Irene. This one being Irene Bott, who, in the 1990s, ran the U.K.-base Staffordshire UFO Group. Shortly after establishing her group in 1995, Irene found herself plunged into a situation involving a witness to a UFO encounter - a witness who believed they had a period of so-called "missing time." Expressing a desire to learn more about what occurred, the witness contacted Irene and related the details that surrounded his viewing in the early hours of a 1995 morning, a brightly lit aerial object. The witness was certain that there was far more to the case than he could consciously recollect, and expressed a keen desire for help in unraveling what had taken place. As a result, Irene referred the witness to a colleague in her group and the two discussed the details over the telephone. Crucial to the issues under discussion, however: shortly after returning home from work on one particular day, the witness found that a note had been pushed through his letterbox warning him not to proceed any further with his investigation.

Naturally concerned, the man asked his neighbors if they had seen anyone lurking in the vicinity of his house that might have conceivably been responsible for the strange and somewhat unsettling note. Fortunately, one such neighbor had seen something unusual on that very day. Shortly after the witness had set off for work, a black car had pulled up outside his house. A man dressed entirely in black and carrying a briefcase exited the vehicle, marched up the driveway, shoved a piece of paper through the letterbox, returned to the car and drove off at speed. One of our mysterious characters had struck again. And, no doubt, those mysterious drivers will be with us as long as the UFO phenomenon is around.