“This preliminary report is provided by the Office of the Director of National Intelligence (ODNI) in response to the provision in Senate Report 116-233, accompanying the Intelligence Authorization Act (IAA) for Fiscal Year 2021, that the DNI, in consultation with the Secretary of Defense (SECDEF), is to submit an intelligence assessment of the threat posed by unidentified aerial phenomena (UAP) and the progress the Department of Defense Unidentified Aerial Phenomena Task Force (UAPTF) has made in understanding this threat.

This report provides an overview for policymakers of the challenges associated with characterizing the potential threat posed by UAP while also providing a means to develop relevant processes, policies, technologies, and training for the U.S. military and other U.S. Government (USG) personnel if and when they encounter UAP, so as to enhance the Intelligence Community’s (IC) ability to understand  the threat. The Director, UAPTF, is the accountable official for ensuring the timely collection and  consolidation of data on UAP. The dataset described in this report is currently limited primarily to U.S. Government reporting of incidents occurring from November 2004 to March 2021. Data continues to be collected and analyzed.”

That is the opening to the long-awaited “Preliminary Assessment: Unidentified Aerial Phenomena” report from the U.S. Office of the Director of National Intelligence. It sounds promising … until you notice there are only nine pages, with the cover sheet being one and the above intro being another. That leave seven pages to release the juicy details of 144 instances of UAPs between November 2004 to March 2021 that were investigated by the Pentagon’s Unidentified Aerial Phenomena Task Force. Doing the math, that means about 20 UAPs per page. Does it sound like this writer is preparing you to be disappointed?

“The limited amount of high-quality reporting on unidentified aerial phenomena (UAP) hampers our ability to draw firm conclusions about the nature or intent of UAP.”

The first line of the Executive Summary let’s you know that there was not much data in the UAP reports to investigate, indicating either a cover-up or military personnel are still reluctant to talk about things they can’t explain. The report admits a few of the UAPs exhibited unusual flight characteristics that “could be the result of sensor errors, spoofing, or observer misperception and require additional rigorous analysis.” That’s despite the fact that most of the 144 reported cases of UAPs came in the last two years after the US Navy put in place a standardized reporting mechanism. Even with that, 143 cases "lack sufficient information in our dataset to attribute incidents to specific explanations." The best they could do is define five generic categories of possible explanations:

“There are probably multiple types of UAP requiring different explanations based on the range of appearances and behaviors described in the available reporting. Our analysis of the data supports the construct that if and when individual UAP incidents are resolved they will fall into one of five potential explanatory categories: “airborne clutter, natural atmospheric phenomena, USG or U.S. industry developmental programs, foreign adversary systems, and a catchall “other” bin.”

Yes, the “other” bin is where extraterrestrial explanations would go … unfortunately, that’s the first, last and only reference to them. While it doesn’t rule out a Russian or Chinese aircraft or an American classified program, it gives no further information on which ones those might be. Nonetheless, there are some interesting tidbits about the unexplained 143 (the identified incident was a “large, deflating balloon”).

“In 18 incidents, described in 21 reports, observers reported unusual UAP movement patterns or flight characteristics. Some UAP appeared to remain stationary in winds aloft, move against the wind, maneuver abruptly, or move at considerable speed, without discernable means of propulsion.”

“The UAPTF has 11 reports of documented instances in which pilots reported near misses with a UAP.”

The first point is well known – the Tic-Tac UFOs and others that were made public exhibit these characteristics. The number of near-hits would seem to indicate aggressive behavior, but there are no reports of any sort of weapons-based response by pilots or other military personnel. The presence of radio frequency energy would indicate the UAP might be a sophisticated drone … but whose? 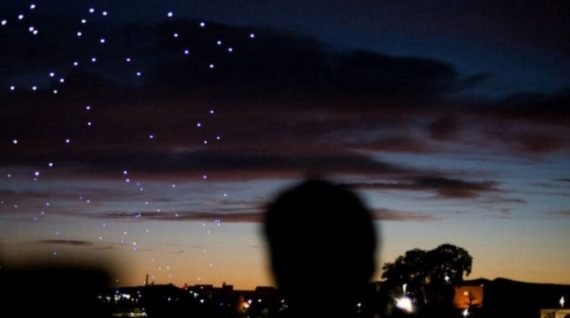 “In line with the provisions of Senate Report 116-233, accompanying the IAA for FY 2021, the
UAPTF’s long-term goal is to widen the scope of its work to include additional UAP events
documented by a broader swath of USG personnel and technical systems in its analysis.”

“The UAPTF is looking for novel ways to increase collection of UAP cluster areas when U.S.
forces are not present as a way to baseline “standard” UAP activity and mitigate the collection
bias in the dataset.”

The report concludes with a promise to do better next time by expanding data collection from military personnel and including UAP sightings from the public. That sounds promising … unless you look at how hard it was to get the Pentagon to issue this threadbare nine-page report.

You can read the entire report for yourself here. The New York Times has an excellent review here. After reading the report, are you satisfied, disappointed or crying as you watch reruns of "The X-Files"?