Physicists Discover Subatomic Particle That Can Transition Between Matter and Antimatter

Did you feel a disturbance in the Force? As with other modern disturbances that could bring about the annihilation of the universe as we know it, this one came from the Large Hadron Collider (LHC) located at CERN (The European Organization for Nuclear Research) in Switzerland. Scientists there announced the discovery of a new subatomic particle which can transition between matter and antimatter. We’re still here, so this discovery is a good thing, right? RIGHT?

“The LHCb collaboration has measured a difference in mass between two particles of 0.00000000000000000000000000000000000001 grams – or, in scientific notation, 10-38 g. The result, reported in a paper just submitted for publication in the journal Physical Review Letters and presented today at a CERN seminar, marks a milestone in the study of how a particle known as a D0 meson changes from matter into antimatter and back.” 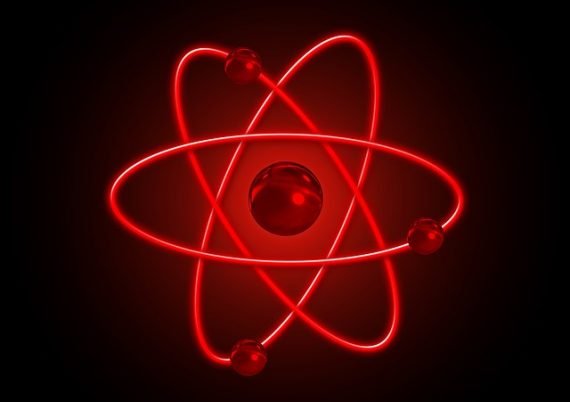 In a press release, CERN attempts to explain the discovery in terms understandable to those whose pay grades are far below its physicists. The new particle has the charming name “charm meson” – given to it by Sheldon Glashow, one of its discoverers who explained, “We called our construct the 'charmed quark', for we were fascinated and pleased by the symmetry it brought to the subnuclear world." Physicists at Oxford University analyzing CERN data from the LHC looked at these extremely minute particles produced in proton-proton collisions, which is a difficult task considering they only travel a few millimeters before decaying into other particles. However, that’s still enough time to observe something that threw the matter-antimatter crowd into a tizzy – a tiny change in masses that revealed their change between the two states.

“This absolutely tiny find could have gigantic implications for the universe. According to the Standard Model of particle physics, the Big Bang should have produced matter and antimatter in equal amounts, and over time that all would have collided and annihilated, leaving the cosmos a very empty place. Obviously that didn’t happen, and somehow matter came to dominate, but what caused that imbalance?”

New Atlas attempts to explain the discovery in terms understandable to those who pay grades are far below even the CERN press release authors. Something saved the universe from matter-antimatter self-destruction after the Big Bang, and that something just might have been those charming little charm mesons keeping them apart. The bigger discovery is that the differing speeds of the oscillations during the change may explain why there’s so much matter compared to antimatter.

“This is the first observation of a nonzero mass difference in the D0 meson system, with a significance exceeding seven standard deviations. The data are consistent with CP symmetry, and improve existing constraints on the associated parameters.”

That’s CERN physicist-speak for “This is a big deal” – especially the ability to make such tiny measurements that make such big revelations about the universe.

Underwater UFOs, Sea Monsters, and the Start of the Vietnam War