Real Life Jonah Survives Being Swallowed by a Whale

One doesn’t have know the Hebrew or Christian bibles or the Quran to have heard the story of Jonah, who was swallowed by a whale for three days and three nights. Cynics will quickly point out that the texts actually say Jonah was swallowed bya giant fish, but apparently whales are much more fun for children’s book illustrators to draw. Marine biologists will tell you that it’s highly improbable that either one could swallow a human and impossible for said human to survive and be spit back out alive. Skeptics – meet Michael Packard, an experienced Cape Cod lobster diver who would beg to disagree.

"All of a sudden, I felt this huge shove and the next thing I knew it was completely black. I could sense I was moving, and I could feel the whale squeezing with the muscles in his mouth.” 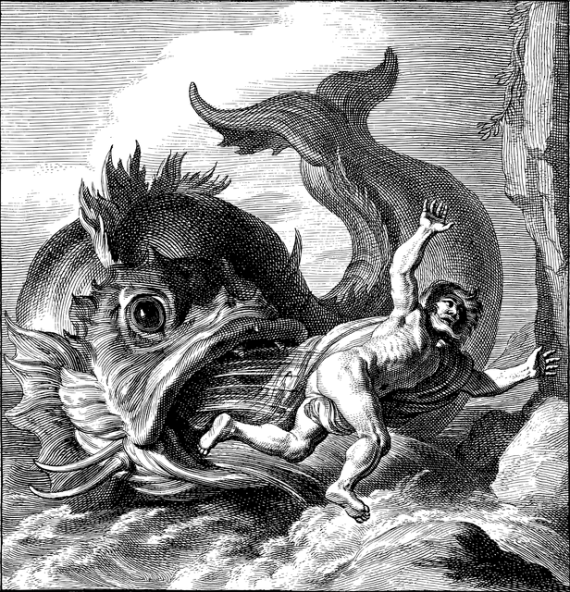 Cape Cod Times tells the terrifying tale of Michael Packard, a lobster diver with 40 years’ experience whose wife may finally get her wish for him to retire. On the morning of June 11, Packard dove off of his boat, the “Ja’n J,” off Herring Cove Beach, where the water was warm (60 degrees) and visibility good. Yes, there really are professional lobster divers who pluck them off the bottom with their bare hands and it’s been a good career for Packard – until the whale showed up.

Packard couldn’t see himself lasting a minute, let alone three days and nights. Fortunately, he was in a whale who didn’t have the patience to peel off his scuba gear and get to his chewy insides. He estimated struggling in the dark for 40 seconds before the whale surfaced, shook its head from side to side and spit him out. Crewman Josiah Mayo saw the whale and then saw Packard, who he picked up and got to the ER, where he was treated and released with a slight limp and a spectacular tale.

Mayo says it was a medium-sized humpback (they can grow to as long as 50ft (15m) and weigh about 36 tons), which Jooke Robbins, director of Humpback Whale Studies at the Center for Coastal Studies in Provincetown, told The Cape Cod Times could not swallow a human because its esophagus is too small. In fact, he doesn’t think a whale has ever swallowed a human. That includes Rainer Schimpf, who claimed in 2007 he ended up in a whale's mouth  while taking pictures off South Africa’s coast, but held his breath until the whale spit him back out. It also includes James Bartley, who was allegedly on a whaling crew in the Falkland Islands during the 19th century when he was reportedly swallowed alive by a whale. A few days later, his crew caught the whale, cut it open and found Bartley – alive and pale because of the whale’s stomach acid. The only proof was a letter written by a crew member, but no investigation has found concrete proof. 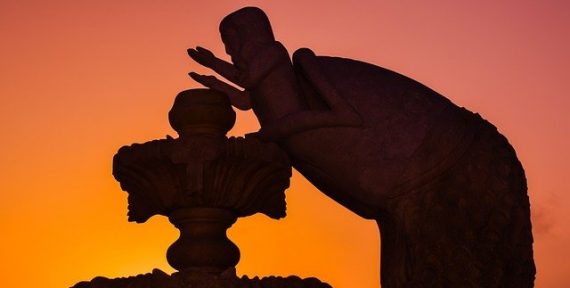 What about Jonah? Despite showing up in so many religious texts, and the fact that the prophet Jonah mentioned in 2 Kings was a real person, there is no historical proof he or any other Jonah spent any time in a fish or a whale. Some scholars say it’s fictional and possibly satirical, while other think it bears eerie similarities to Gilgamesh and Jason of Argonauts fame.

Don’t tell that to Michael Packard. He may be the last lobster diver in Provincetown and likes the notoriety, which is only enhanced by his latest encounter. However, a whale is no match for a determined spouse.