Just five years ago, who could have predicted that The New York Times would become the main mainstream source of UFO revelations – putting pressure on government officials to reveal what’s in secret files on sightings? Or that three eccentric billionaires would replace both the U.S. and Russia in transporting people, cargo and satellites into space? In 2016, those predictions might have been classified as ‘weird’, yet they happened and we now consider them to be the ‘new’ normal. Now, a new kind of weird has come to the space race that once again involves The New York Times and the three eccentric billionaires, Will we look back in 2026 and change our minds once again?

“Authorities say rise of fruit aliens is to blame for glut of outer space watermelons. The FBI declined to comment on reports of watermelons raining down, but confirmed that kiwis have been intercepted.”

That was the headline and the lede of an online article which appeared on The New York Times website yesterday, June 8. While this was also a day the Internet suffered some massive outages, they were not related to the Martian watermelon announcement in the NYT. The article was written by ‘Joe Schmoe’, an obvious pseudonym, but it still reverberated throughout both the UFO and mainstream media before it was quickly taken down and replaced with the message “This article was published in error.” Was it? A Times spokesperson told The New York Post in an e-mail, “Earlier today, a mock article intended for a testing system was published on our site in error. The article has since been removed.” Will this hurt the credibility of The New York Times in the UFO disclosure movement?

Meanwhile, the website Parabolicarc.com reported that Sir Richard Branson, founder of Virgin Galactic (not to mention other Virgin companies) is working on a plan to make a suborbital flight aboard one of his VSS Unity SpaceShipTwo rocket planes over the July 4 holiday weekend, beating rival Jeff Bezos’ flight in HIS Blue Origins New Shepard spaceship on July 20 by over two weeks. At the time Parabolicarc.com broke the story, its anonymous source said the flight is contingent upon obtaining an operator’s license from the Federal Aviation Administration (FAA). That quickly prompted this response from a Virgin Galactic spokesperson:

“We are in the process of analyzing the data from our successful May 22nd flight. As previously announced, we expect to complete the final test flights this summer through to early fall. At this time, we have not determined the date of our next flight. An objective from the last flight was to collect data to be used for the final two verification reports that are required as part of the current FAA commercial reusable spacecraft operator’s license.”

You need a license? You also need a working spaceship. VSS Unity and its VMS Eve WhiteKnightTwo mothership would have only 44 days to get space ready, less than the 72 days it normally takes. Besides a license and a space-worthy ship, you also need the right altitude. Bezos plans to reach 100 km (62.1 miles), the ‘Karman line’ – the boundary of space recognized by The Fédération Aéronautique Internationale, the world’s keeper of aviation and space records. The FAA recognizes 50 miles (80.4 km) as the boundary of space. VSS Unity has made three flights above 50 km, but has not yet hit 100 km and there’s some question whether it can reach that height. Finally, VSS Unity and VMS Eve are still in their test phase and are expected to be upgraded before starting commercial lights next year. Would Sir Richard risk his project (and possibly his life) just to win the space billionaire entrepreneur race with Jeff Bezos? 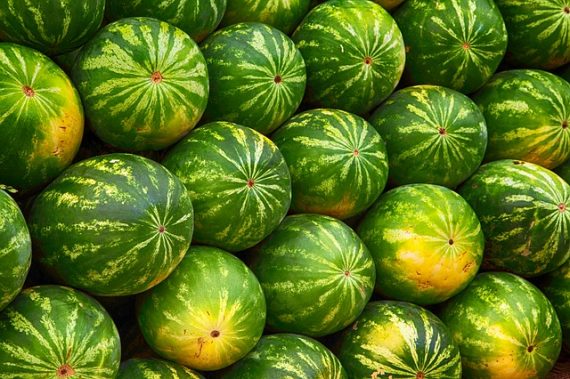 Has Elon Musk weighed in yet? How about Matt Damon? Would a lifetime supply of Martian watermelons be an appropriate billionaire wager?

No question about it – space has gotten weird.

The Mysterious Marfa Lights of Texas