A Phantom Stalker and the Bizarre Unsolved Death of Cindy James

Some people seem to draw to them strange mysteries, often with no clue as to why this should be. Cindy James once had a fairly normal life. A resident of Richmond, near Vancouver, British Columbia, in Canada, she was married to the wealthy psychiatrist Dr. Roy Makepeace, had a good job as an administrator for a preschool for children with behavioral and emotional issues, and her life was mostly a content one. However, things began to go downhill for her in 1982, when she separated from her husband and her life began to unravel into what would become a strange unsolved mystery and death surrounded by bizarre details and clues.

Around four months after her separation from her husband, Cindy began to suddenly receive a barrage of harassing phone calls. These relentless calls came in many forms, with the voice on the other end sometimes whispering, at other times shouting obscenities and threats, and on still other occasions saying nothing at all. Cindy did not recognize the voice, and the menacing calls began to increase in frequency, coming at all hours of the day and night to leave her unable to relax or sleep, in a limbo of mental torture. She told her parents about the calls, and finally approached the Vancouver police after having received hundreds of them, but authorities were unable to figure out who was making the calls or where they were coming from. When friends, co-workers, and family were questioned the police found that Cindy seemed to have had no known enemies, she was not involved in any illegal dealings, and so it was difficult to imagine why anyone would want to so relentlessly harass her like that. Unfortunately, this was only the beginning.

Shortly after the police became involved, the harassment escalated considerably, becoming even more ominous than before. She began to receive threatening anonymous letters and notes that had been left right on her doorstep, which was creepy enough as it was, but it would get much worse. She would sometimes hear prowlers out in her yard outside her house and her porch lights were smashed on several occasions. On one occasion she was shocked and horrified to find three dead cats hanging in her garden, and on another she tried to call police only to find that her phone line had been cut. Other incidents include receiving an order of meat, finding a picture of a dead body in a morgue on her car windshield, and finding her dog with a cord tied around its neck, alive but terrified out of its wits. Throughout all of this the threatening mysterious calls continued, and soon Cindy began to live in constant fear and paranoia, telling her good friend Agnes Woodcock that someone was out to get her. She would not say who it was, but Agnes would say of it, “She told me many times that he wanted to scare her to death. She said, ‘He doesn’t want to kill me, he wants to scare me to death.’” It was not clear who "he" was, and things came to a head when one day Agnes went to visit Cindy and would be horrified by what she found. Agnes would say of what happened:

I went up and knocked on the door, there was no answer. I assumed she was having her bath. She did every night. And I thought I heard something. I wasn’t sure what it was. I found her crouched down with a nylon tied tightly around her neck. Cindy said she’d gone out to the garage to get a box and someone grabbed her from behind. All she saw were white sneakers.

Cindy was convinced that the only reason she had not been strangled to death by her attacker was because he had gotten spooked and run off when Agnes had arrived. When questioned by police on the matter, they were suspicious that she was holding something back and not telling them everything, and they were starting to wonder if she was perhaps even staging the whole thing and making it all up. They never seemed to find any fingerprints or any evidence at all that there had been an intruder, Cindy failed a lie detector test, and there was never anything found on surveillance footage. One officer on the case would say: 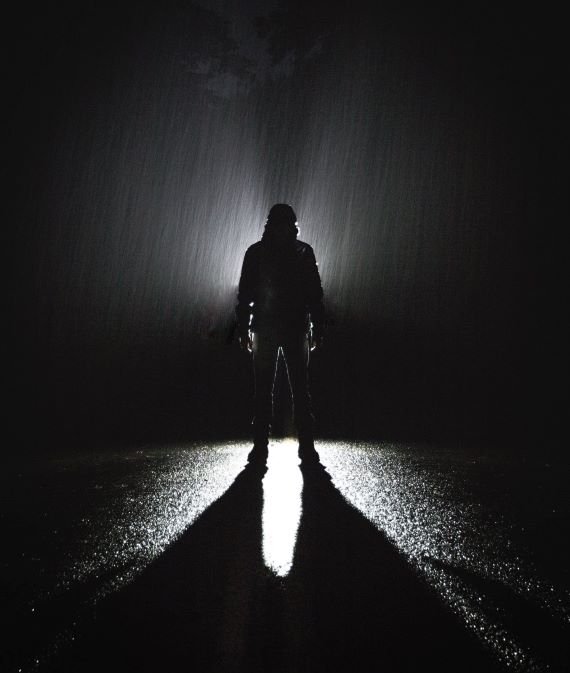 However, it was real enough that Cindy would move to a new house, change her last name, and even paint her car in order to throw off whoever it was that was stalking her. Not trusting the ability of the police to handle the situation and disappointed that they doubted her, she even hired her own private investigator, Ozzie Kaban, who believed that Cindy wasn’t giving the full story because her attacker had threatened to come for her family if she told anyone. Kaban stayed in constant contact with Cindy through a two-way radio, and one evening there would be another harrowing incident involving an unknown intruder. It started with odd noises coming through the radio, which caused him to immediately rush to Cindy’s home to check on her. He says of what happened next:

I went around the house and the house was locked. I was able to look into the house through a window and I found Cindy lying there. I took a look at her and I thought she was dead. There was a note that was pinned with a paring knife through her hand. I went to the telephone and called 9-1-1 and within about two minutes she revived briefly, and then they took her to the hospital. She told me that she noticed a man coming through the gate. The next thing that she remembers is being hit on the side of the head with a piece of wood or something of that nature. She then remembered being held down on the floor, and she remembered a needle going into her arm.

As shockingly violent and scary as this had been, police were at this point fairly certain that Cindy was staging these incidents, and did not even bother to take fingerprints or investigate the scene of this attack. In the meantime, the frightening incidents would continue, and indeed escalate even further. On one occasion she was found dazed and half-conscious in a ditch 6 miles from her home, with a nylon stocking tied around her neck and wearing men’s work boots and gloves. She also had various bruises and scratches all over her body, but once again police refused to investigate it, convinced it was staged. Cindy was very afraid for her life at this point, asking Agnes and her husband Tom to stay at her house so she wouldn’t be alone. Even then the incidents continued, when one evening they heard a strange sound from downstairs and ran down to find the basement in flames. When Tom tried to call 911 the phone line was dead, and when he looked outside he claims to have seen a man standing on the curb, who ran away when he begged the stranger to call 911. This incident was also thought to have been staged, with one reporter named Neal Hall saying of it:

There was no dust or fingerprints disturbed on the outside of the windowsill. But somebody set the fires from inside the home. And would’ve had to climb through that window. Now that should have been one sign. Also, she said she was out walking her dog late at night that night. Now, if somebody was being attacked, why would they go out alone walking their dog, three o’clock in the morning? Does that make sense? 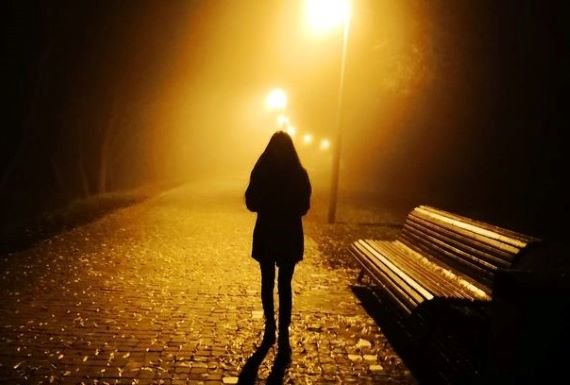 In fact, no one seemed to believe Cindy at this point, with even Kaban wondering whether this was all in her head. She was even committed to a local psychiatric ward under suspicion of being delusional and possibly suicidal, where she spent 10 weeks under constant observation. It was at this point that she would finally break her silence on who she thought her attacker was, pointing the finger at her ex-husband, Dr. Roy Makepeace, but when he was questioned by police, he not only denied having anything to do with it, but also told police that he himself had been getting death threats on his answering machine. He would also claim that he believed his ex-wife was suffering from extreme delusions and a split personality.

On May 25, 1989, after six years and seven months of the harassment and attacks, Cindy went to the local mall to do some shopping and cash a check, but she would never come back home. Police would find her car abandoned in the mall’s parking lot, with blood on the driver's side door and items from her wallet scattered about under the car. In the trunk were found some groceries she had purchased and a wrapped gift for someone, but of Cindy herself there was no sign. Two weeks later, they finally found Cindy dead in the front yard of an abandoned house. Her hands and feet had been tied behind her back, a black nylon stocking had been tied tightly around her neck, and her body was covered in bruises and had a needle mark on the arm. An autopsy would find that she had been drugged with a large amount of morphine and had died of a combination of overdose and asphyxiation from the stocking around her neck. Unbelievably, authorities were quick to paint it all as a suicide, despite the fact that her hands and feet had been bound, she had been drugged, and was found in a well-populated area with a lot of passing foot traffic, suggesting the body had been dumped there. There was also the fact that no needle for the morphine could be found at the scene, yet police insisted it was a suicide caused by some sort of psychotic break. Her family found this to be ludicrous, and Cindy’s father, Otto James, would say:

The police did not investigate the possibility of homicide, of somebody murdering her, but zeroed in on trying to prove that she committed suicide. There is no way that she could have been able, after ingesting that amount of drugs, to tie herself up. There was absolutely nothing at the crime scene to indicate that she had used any form of syringe, or she had used any drinking device, or anything of that nature.

Cindy's parents would pass away without ever finding the answers they had been seeking, and we are left with quite the bizarre mystery. What was the meaning of all of this strangeness? Who would have wanted to target this otherwise unassuming woman and why did authorities insist that she was making it all up and refuse to even investigate some of her claims further? Why is it that, despite the strange circumstances surrounding her death and the fact that she had been tied up, drugged, and strangled, with no needle left behind, authorities remained so adamant that this was a suicide? It is unclear. All we know is that this otherwise normal woman with no known enemies suddenly fell victim to dark forces seeking to torment her, and that it seems to have all been swept aside to leave us wondering just what is going on here. Whatever the answers to the many questions orbiting the case may be, the death of Cindy James remains surrounded by strangeness and mired in weird clues and mysteries.